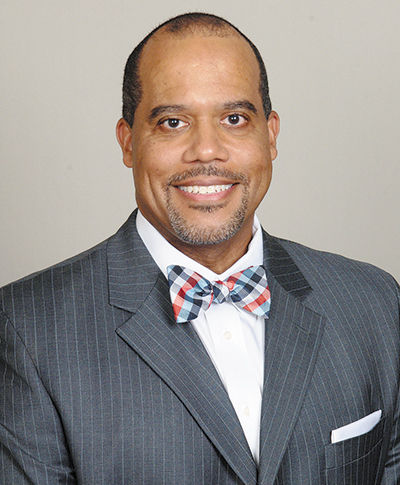 Ryan Mire, MD, FACP, is a respected leader in Nashville's healthcare community, and now he is stepping up to represent physicians on a global level.

In May, the Heritage Medical Associates internist was named president-elect of the American College of Physicians, representing internal medicine physicians, related subspecialists and medical students. Mire's involvement with the ACP has been years in the making, culminating in his formal installation as president of the 163,000-member organization next April.

A Heart for Service

"When I was an intern in residency training, I presented a case abstract to the ACP and received a lot of guidance and constructive feedback from senior leaders who had no motive to invest in me, except to help me grow professionally," said Mire, now in his 19th year of practice. "I valued that experience, became locally active in the ACP, and gradually climbed to a national leadership role. I'm fortunate to be blessed with the opportunity to do so."

A native of New Orleans, Mire developed an interest in healthcare in high school while serving as a peer counselor at a muscular dystrophy camp. "My camper was hospitalized, and I had to stay with him till his parents arrived two days later," he explained. "Ultimately he did pass away and that affected me. I became curious about how I could have helped him. That curiosity sparked an interest in medicine, and I've never looked back."

Mire received his bachelor's degree from Rhodes College before attending the University of Tennessee College of Medicine, both in Memphis. He completed his internship and residency at the Medical College of Virginia/Virginia Commonwealth University, serving as chief resident, and soon relocated to Middle Tennessee.

In 2005, Mire joined Heritage Medical Associates, an independent, multi-specialty physician group with locations throughout Middle Tennessee, and practices at the Ascension Saint Thomas West Office. He has held key leadership positions with both organizations, previously serving as president of Heritage and as vice chief of medicine and chair of the Medical Advisory Committee for Ascension Saint Thomas Hospital West.

Mire has served on the ACP's Board of Regents since 2017, chairing their Medical Practice and Quality Committee for two consecutive years. He also was the national chair of the ACP Council of Young Physicians and is a member of the Tennessee Governor's Council, served as treasurer and chair of the Finance Committee, and was a recipient of the Laureate Award for the Tennessee ACP Chapter. He will be only the fourth African American to serve as president of the ACP, whose membership across more than 145 countries comprises the largest medical-specialty society in the world.

Mire said his goals as ACP president are two-fold. "I want to help patients by advocating for accessible, equitable and quality healthcare; and also advocate for the ACP membership to reduce administrative burden, assist federal and government stakeholders regarding healthcare policy and advocate for adequate physician reimbursement," said Mire. "It's essential to sit down at the table with the people who make those decisions and advocate for my fellow colleagues everywhere, regardless of their internal medicine subspecialty."

Lessons from the Pandemic

Mire said COVID-19 has been an especially rude awakening for the healthcare system, though outcomes weren't entirely unexpected. In fact, two months prior to COVID-19 hitting the United States, the ACP organization released four papers outlining needed changes to the healthcare system - all of which were confirmed during the pandemic.

"COVID-19 exposed our healthcare system in a variety of ways, most of which were not good," Mire said. "The ACP published a policy paper January 2020 advocating to change the system from cost and coverage, payment reform, health care delivery, and social determinants of health. It's a key testament to the value of vision of the ACP and what kind of organization it is."

He continued, "It seemed bold in January, and most stakeholders said it would take a lot of change, but COVID showed us we have many deficiencies in our current system ... like primary care physicians receiving fee-for-service who couldn't get paid because the fee structure is based on volume of patients. That fueled me to say we need to keep pushing forward with a change in healthcare. The status quo is unacceptable, and we need adjustments for improvement - not just for ourselves, but for patients, as well."

While the pandemic highlighted suspected downfalls, Mire said it also showcased the value of internal medicine to the greater healthcare system. "From the frontline primary care internist to overburdened hospitalists and subspecialists (such as infectious disease and pulmonary/critical care), and other internal medicine subspecialists who dealt with the acute and long-term complications from COVID - these physicians really proved how essential internists are to the healthcare system," Mire stated.

Mire plans to remain in private practice in Nashville while splitting time between Philadelphia and Washington, D.C. for congressional and regulatory meetings. He's also focused on helping physicians understand the importance of advocating for themselves and their patients.

"For all physicians, advocacy is a very important aspect to impact change," he stressed. "There are a lot of regulatory policies we don't agree with, but we're so focused on our day jobs and duties that we don't always have time to address issues with our congressmen and senators who make policy. We have to though, because they repeatedly inform me that they just don't hear enough from physicians. If we don't take the time to make that phone call, then they don't know problems exist," he pointed out.

"We must advocate for our own patients with our own legislative representatives. The more physicians get involved with advocacy, the more impact we can make in creating change to improve the field of medicine and healthcare in general. That phone call or email is huge. We have to let them hear our voices and stories, or things will be very slow to change."