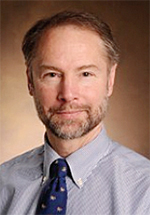 An estimated 37 million Americans are living with chronic kidney disease - a diagnosis once considered dismal. Today, thanks to new initiatives on several fronts, patients have a renewed hope of management and improved quality of life.

"This is a time with lots of excitement for both devices and pharmacology in the treatment of kidney diseases," said Raymond Harris, MD, associate director of the Division of Nephrology, Ann and Roscoe Robinson Professor of Medicine, and former chief of the Division of Nephrology and Hypertension at Vanderbilt University Medical Center (VUMC). "Nephrology today is equivalent to 10 years ago with rheumatology and cancer, when we were on the verge of biologics and specifics therapies."

One of the most remarkable innovations in nephrology today is the ability to slow progression of diabetic kidney disease, which accounts for roughly 40 percent of kidney patients at VUMC. Harris said tremendous innovation has been made through the development of two new classes of drugs: SGLT2 and GLT1 inhibitors, both proven in large, multicenter trials to slow progression of damage by 20 percent (on top of conventional therapy). By blocking key proteins, the therapies reduce blood glucose by allowing it to be removed from the body through urine. They have also proven effective in lowering blood pressure and weight, and researchers are hopeful the treatments could delay dialysis in some patients up to 20 years or more.

Alp Ikizler, MD, chief of the Division of Nephrology and the Catherine Mclaughlin Hakim Chair in Vascular Biology at VUMC, said the therapies are a game changer but added educating diabetic patients is as crucial as ever. "Diabetes and high blood pressure contribute to the progression and development of kidney disease in different ways," he explained. "They not only cause it but worsen the progression. Teaching patients about better control of blood pressure and diabetes is so important for those with kidney disease, because it slows down progression and protects them from damage over time."

As one of the largest nephrology programs in the nation, VUMC also is leading the way in kidney transplants, with nearly 300 performed in 2019 alone. Researchers also are investigating new ways to create bridges to transplant and count home dialysis among the most effective options. In fact, 40 percent of dialysis patients at VUMC now receive treatment at home, compared to a national average of about 10 percent.

Ikizler said home dialysis patients live longer, get transplanted easier and enjoy a better quality of life. "Our division is at the forefront of dialysis therapies, as we improve the way patients receive treatment at home instead of centers," said Ikizler. "We're vocal advocates for these patients. Ten years ago we knew this is what we should be doing for patients, and now there's an executive order saying that's what everyone should be doing."

Signed July 2019 by President Donald Trump, the Advancing Kidney Health Initiative marked a significant milestone for the nephrology community. The executive order aims to increase the number of transplant patients, cut costs for live donors and recipients, increase home therapies, and promote the development of new therapies including wearable and implantable kidney devices to reduce the need for classic dialysis.

"The presidential initiative puts a spotlight on kidney disease in general because it's been under the radar in many aspects, although kidney patients account for nearly five percent of the Medicare budget," Ikizler explained. "This has been very important."

Similarly, the Kidney Innovation Accelerator known as KidneyX is another national initiative moving the science forward. "KidneyX has generated a lot of excitement in the nephrology community," Harris said of the public-private partnership between the U.S. Department of Health and Human Services and the American Society of Nephrology. The incubator looks to accelerate the development of drugs, devices, biologics and other therapies across the spectrum of kidney care including prevention, diagnostics, and treatment.

The Forefront of Science

VUMC also continues to make strides in research with more than 70 faculty in 15 independent nephrology labs targeting a broad portfolio of research. Scientists are currently working with Bayer to identify novel therapies for kidney disease and have also partnered with their research facility in Germany to develop more treatments.

"We're looking at understanding mechanisms around kidney disease and developing new targets for therapies," Harris said. "Our research is very focused on translatability and has really built up in the last decade with scientists at the forefront of so many clinical trials. We're committed to understanding genetics and really pioneering novel therapies in kidney disease, including acute and chronic kidney injury."

He continued, "What's really unique about Vanderbilt Nephrology is that we cover a wide spectrum, from the most basic research to patient-centric studies, in every aspect. We're always putting the patient first to provide the best clinical outcomes."

"Urine analysis, creatine and blood pressure all can identify patients at risk for kidney disease, but the general public hasn't understood the importance of these tests like they do for cancer or heart disease," he said. "This is a big issue, but a lot of people still have a nihilistic approach that you can't treat kidney disease. This is a new era, and it's time for primary care physicians, nephrologists and cardiologists to come together and implement new therapies that will change outcomes for patients and make a huge public impact over the next decade. The earlier we do this the better."