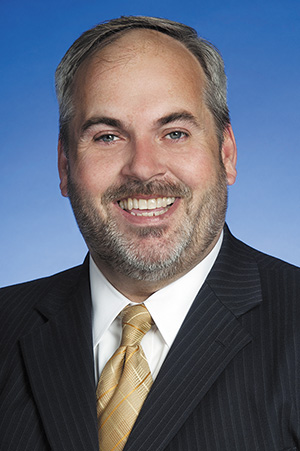 It's no secret the health of a community is largely molded by social determinants - factors that take place outside of traditional healthcare settings. While access to high quality, culturally competent care is critical, it's equally important ... if not even more so... to ensure kids have the kinds of resources around them to foster health and well-being.

Tennessee is facing its own challenges related to social determinants, as evidenced by the recently released "2021 KIDS COUNT Data Book," which ranks the state in the bottom half of child well-being. Nashville Medical News had the opportunity to speak with some the state's key players to discuss what's working, what isn't, how to be an ally for today's children and why it's mission critical we get this right for the next generation.

"This is a larger strategy issue, because young peoples' health is much more complex than having a medical home or primary care provider," said Richard Kennedy, executive director of the Tennessee Commission on Children and Youth (TCCY). "It has to do with economic stability, housing and the community context in which people live, work and worship."

Sixteen indicators measuring four domains (economic well-being, education, health and family and community context) are used by the Annie E. Casey Foundation in each year's Data Book to assess child well-being. The annual KIDS COUNT data and rankings represent the most recent information available but do not capture the impact of the past year. While economic well-being and other initiatives saw an overall improvement from 2019, earning Tennessee a national ranking of 36th, the state ranked 39th for health and 40th for community and family, still placing Tennessee toward the bottom nationally.

Lessons from the Pandemic

On the heels of a pandemic that pivoted a decade's worth of progress in several key areas, Kennedy said the state continues to be focused on strategies to help kids mitigate and recover from adverse childhood experiences. Dana Cobb, regional program administrator for TCCY, said the state is taking a holistic look across all demographics to address pressing concerns. "Mental health rose to top of the list, and the pandemic still isn't over," she said. "There's going to be a lot of juggling and making decisions along the way, and we're hopeful we learned enough lessons from round one that the transition will be easier this time." 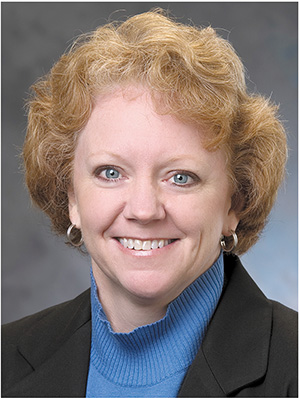 Beth Hail, MSSW, LCSW, regional vice president of Centerstone's central region, said the not-for-profit behavioral health services provider has seen an unprecedented rise in outpatient pediatric referrals. "Children are resilient and able to go with the flow, but this was such a fearful time for everyone it was difficult to avoid," she said.

Through a partnership with the state, master's-level therapists were deployed mid-2020 to all 95 counties in Tennessee, with Centerstone staff comprising a quarter of those. And while virtual services were a hit with kids early on, Hail and Kennedy said screen burnout became problematic by fall. "Everyone had tech fatigue from online school and work, and the thought of one more meeting was overwhelming," Kennedy said.

Burnout led to increased creative efforts including evening and weekend sessions, while outdoor areas were used for in-person sessions when possible. And since schools are a gateway for children's health services, Hail's team also is working with school staff to provide training on behavioral issues and in-class observations. "We're looking at needs and resources of each county and how they can support what's going on there," Hail said.

Officials also recently rolled out the Behavioral Health Safety Net for Children, which provides non-income-based gap funding for children ineligible for TennCare but without private insurance. "That's been a huge resource, as staff are going out into communities talking to every person they can who interacts with children and families," Hail said. "The state's goal was that if a child needs a service they'd get it, and they didn't want the financial piece to be a barrier."

As students head cautiously into a new school year, Hail encourages adults to be mindful of challenges children will face including making new friends, food insecurity and school clothing. "They're worried about a lot of things they've not experienced over the last year, so we have to back up since many have missed an entire developmental milestone year," Hail explained. She also encourages adults to be mindful of other parents who might need extra support during the transition and ongoing pandemic.

Challenges are especially prevalent in Tennessee's rural communities, which often lack resources for food, transportation, support services, broadband and medical care. "We can get kids on TennCare, but sometime the closest provider is 50 miles away," said Cobb, who estimated 16 percent of kids in Tennessee lacked access to internet services in 2020.

The plight of rural families is one the state is taking seriously, Kennedy said. Working with Tennessee's Home Visiting Leadership Alliance to examine how agencies work together, the state is currently working to roll out evidence-based home visiting programs in every county. 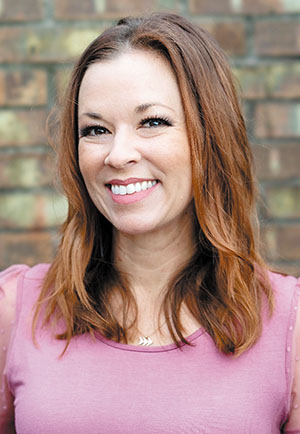 One non-profit, Nurture the Next (previously Prevent Child Abuse Tennessee), is a voluntary primary prevention organization focused heavily on the early years of a child's life. "If you think about health and wellness of the future generation, it depends on what we've done with kids in the early years while their brains are developing and attachments are forming," said Kristen Davis, LAPSW, president and CEO of Nurture the Next. "Kids are only as strong as their parents. Many parents themselves grew up in a chaotic, trauma-based environment, and they now have their own children and want to do better but need a little help."

Evidence-based home visiting, which expanded statewide with a variety of providers during the pandemic, is funded privately, through the Tennessee Department of Health and the federal Maternal, Infant and Early Childhood Home Visiting Program. Established in 1984 as Prevent Child Abuse Tennessee, Nurture the Next also provides crisis intervention through a statewide domestic violence hotline as well as a texting mentorship program for new moms called NurtureTN. They also provide advocacy and education.

"We think it's everyone's responsibility to protect children in our community," Davis said. "It's not a child advocacy issue. It's a human issue, and we advocate for system changes that we know will affect families in a positive way."

"We've seen tremendous impact with first payments and how it gave families autonomy to choose how to spend it to suit their family best," said Kylie Burns, communications and policy specialist at TCCY. "It helps families move out of poverty, access care, pay bills and buy groceries. It's all so interconnected, because when a family can provide food and health for a child, there's less stress on the caregiver, and we know stress and child abuse are intertwined."

Going forward, Kennedy is hopeful about the past year's efforts and has tremendous gratitude for the state's teachers and healthcare professionals. "These folks have been on the front line from the start and have made sacrifices to look out for public health," he said. "I want them to know their sacrifice hasn't gone unnoticed. We know that medical professionals are usually the most trusted folks for parents and caregivers, and they're continuing to expand their understanding of trauma and adversehildhood experiences and are incorporating that in what they do every day."