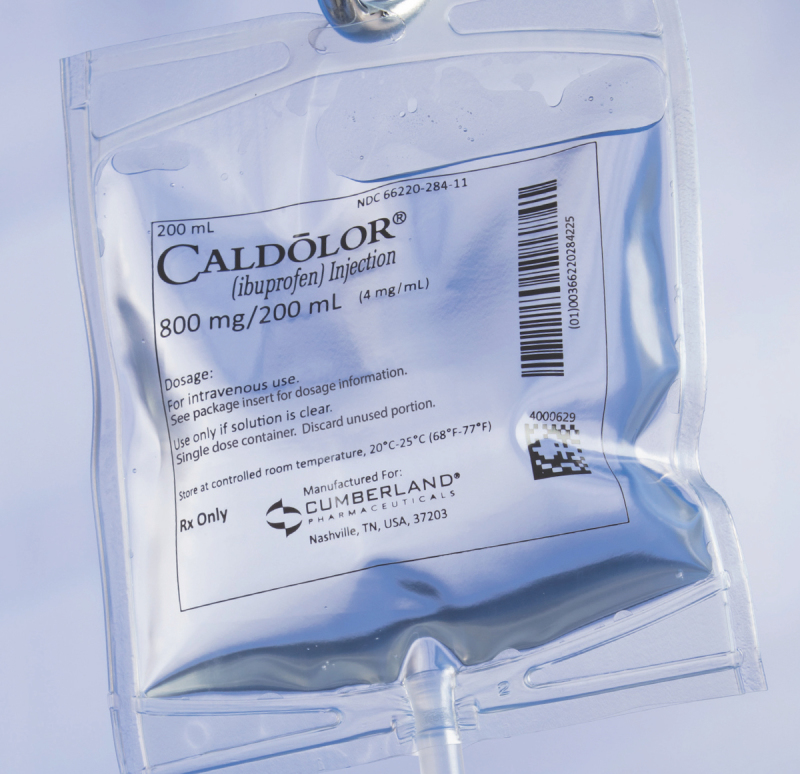 When it comes to opioid addiction and pain management, those upstream decisions often happen in the inpatient setting. Recently published literature draws a correlation between the use of Caldolor® (ibuprofen) Injection and a decreased need for opioids in certain patient populations. Two studies released this summer focused on Caldolor, a product of Nashville-based Cumberland Pharmaceuticals, as an adjunct to opioid analgesics in orthopaedic trauma patients and in managing postoperative pain. 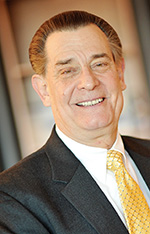 Marty Cearnal, executive vice president and chief commercial officer for Cumberland Pharmaceuticals, said a robust public health effort to reduce opioid use was in place prior to the pandemic. While the message might have moved to the back burner over the past few months, the need to address opioid addiction remains as critical as ever.

"We're doing everything that we can to aid in this effort to reduce opioid overuse," said Cearnal. "As with all drugs, there's an appropriate place and time for their use," he added of prescribing opioids.

However, he continued, "We believe that with drugs like Caldolor on the market, there is now a significant opportunity to reduce the use of opioids."

While opioids remain an effective rescue option in a breakthrough pain episode ... and chronic pain is outside of Caldolor's purview ... Cearnal said there are large numbers of hospitalized patients who could benefit from having an opioid alternative. He added physicians are increasingly looking at using combinations of approved drugs to replace opioids. "A new treatment strategy has emerged over the last several years," he noted. "Multimodal pain management uses a range of non-opioid drugs that act in different ways to manage a patient's pain."

Caldolor, which has FDA approval for use in adults and pediatric patients six months and older, is a nonsteroidal anti-inflammatory drug (NSAID). As such, it has the hallmark properties of this class of drugs to work as an analgesic, anti-inflammatory and antipyretic.

However, noted Cearnal, "It's unique among NSAIDs in that Caldolor not only works peripherally - where all NSAIDS work - but it also works centrally." Whereas most NSAIDs cannot cross the blood-brain barrier, Caldolor can. "It allows it to work on different receptors that have an impact on the perception of pain," he explained.

"What we've consistently seen across all double-blind studies is that using Caldolor as opposed to standard of care, usually opioids, you can reduce the use of opioids in a patient up to 58 percent ... and at the same time, get better pain control," Cearnal stated.

An Aug. 18 review of clinical studies led by Stephen Southworth, MD, MBA, FACS, an orthopaedic surgeon out of Mississippi who participates in the speaker's bureau for Cumberland Pharmaceuticals, bore out those findings. The article, published in the journal Clinical Therapeutics, reviewed 1,062 adult patients with 757 receiving Caldolor and 305 receiving placebo or a comparator medication.

The authors found when administered in rapid infusion (five to seven minutes) immediately prior to surgery, patients given Caldolor experienced less postoperative pain and decreased opioid use. For that reason, Southworth and colleagues said the drug should be considered as part of Enhanced Recovery After Surgery (ERAS) protocols with first dose administered immediately prior to surgery.

In addition to adopting a multimodal therapeutic strategy, Cearnal said setting realistic expectations for patients is another important key to reducing opioid use. "Zero pain, especially right after surgery, is probably an unrealistic goal," he pointed out. "If patients are willing to accept a low level of discomfort, then a lot of opioid use can be avoided ... and after a day or so, pain typically subsides greatly."

A number of research studies and scholarly articles support this assertion and find patients can and do power through some postoperative pain and tend to do so with more ease when preoperative discussions set expectations. "If you can get them through that first 24 to 48 hours without opioid use or significantly reduced opioid use, you have the best chance of reducing the risk of abuse and addiction," added Cearnal.

As part of Cumberland Pharmaceutical's campaign to increase awareness around multimodal options to reduce opioid misuse, Cearnal said they have created a series of continuing medical education programs on the Caldolor website, have provided speakers and one-on-one consultations to discuss effective pain management strategies and ERAS protocols, and are partnering with pharmacists.

"We're working with the Tennessee Pharmacists Association in the development of opioid reduction protocols," said Cearnal. "We've convened a meeting with some of the leading pharmacists in the association and are developing concepts of how to best deploy strategies around surgeries in Tennessee as a model."

Additionally, Cumberland Pharmaceuticals has developed a program in the state to make Caldolor available at no charge to rural hospitals as part of an evaluation protocol to reduce opioid use. Rural hospitals can reach out to the Tennessee Hospital Association or Tennessee Pharmacists Association for more information and parameters.