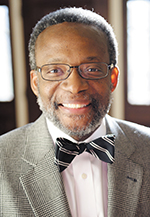 "Clinical Management of Stable Coronary Artery Disease in Patients with Type 2 Diabetes Mellitus," published April 13 in the journal Circulation, suggests a more aggressive approach might be required to balance the two chronic conditions. In light of emerging evidence, the statement calls for greater consideration when it comes to selecting medication options and interventional procedures. Walter Clair, MD, MPH, board member and past president of the American Heart Association (AHA) Middle Tennessee, discussed the significance of this new scientific statement.

This new statement is meant to focus a spotlight on the risks of type 2 diabetes (T2D), as well. "We've now come to appreciate the fact that diabetes is not just ambient ... a coincidental 'other disease,'" Clair said, adding T2D significantly complicates cardiologists' efforts to decrease coronary artery disease (CAD).

Over the last couple of decades, new classes of drugs beyond insulin have come online to treat diabetes. Clinical studies leading to Food and Drug Administration approval of thiazolidinediones (TZDs) found the drugs quite effective in lowering blood sugars, but meta analyses began to emerge a little more than a decade ago showing increased risk of cardiovascular morbidity and mortality with TZD usage. "That is what initially caught the attention of cardiologists," said Clair.

As a result, the FDA issued guidance in 2008 calling for new T2D therapy developers to conduct large cardiovascular outcomes trials to demonstrate safety. It should be noted, though, new draft guidance just released by the agency in March no longer includes that recommendation.

However, the resulting focus on cardiovascular safety from 2008 has led to a much better understanding of the cardiac profile for both newer drugs and well established therapies. For example, metformin - the most frequently prescribed medication to lower glucose for initial treatment in T2D patients - sometimes leads to weight loss and is at least neutral in terms of cardiovascular effects. The AHA scientific statement noted there are newer classes of drugs where research indicates a bigger win/win in terms of diabetes and heart disease.

"The wonderful, surprising finding in these new drugs is that not only do they not worsen the cardiovascular morbidity profile, they actually make it better," said Clair.

Sodium-glucose co-transporter inhibitors (SGLT2 inhibitors), which are taken orally, were the first to show weight loss, reduced risk of heart failure and less progression of chronic kidney disease. Glucagon-like peptide-1 agonists (GLP-1 receptor agonists), which are injectable medications, both lower blood glucose levels and can also help with weight reduction. While there has been some mixed results in terms of actually reducing cardiovascular diseases, the AHA statement said some "GLP-1 receptor agonists have been shown to reduce the risk of major cardiovascular events caused by cholesterol build-up in the arteries, such as heart attacks and strokes."

The statement also pointed out that although aspirin is often appropriate for people with heart disease, it might not be as effective in people with T2D and CAD. For those with both chronic conditions, using newer antiplatelet medications might be more effective. Similarly, T2D could also influence the type of interventional procedure deemed best to reopen an artery. The AHA statement reads, "Studies have found a greater reduction in the five-year risk of death, heart attack or recurrent angina/chest pain when patients with T2D and CAD undergo coronary artery bypass graft (CABG) surgery to widen a narrowed blood vessel instead of treating the narrowing with angioplasty and stenting."

Clair said having the new AHA statement in hand underscores the need to consider the bigger picture when caring for patients with T2D and CAD and serves as a reminder to cardiologists, endocrinologists and primary care providers to consider all options. He added the 'big picture' includes being good stewards of resources.

"The newer drugs always cost more and might not be covered by insurers," he pointed out. "But if you're looking at the morbidity of patients, they really do better on these newer drugs." Clair added oral SGLT2 inhibitors are about half the cost of the more expensive injectable GLP-1 receptor agonists but said both cost considerably less than the expenditures of money, lower quality of life and lost productivity that are associated with a heart attack.

"If patients are getting good control from standard medications and they don't have known heart disease - fine," said Clair. "But, if they do have cardiovascular disease, the risk/benefit ratio shifts."

As for lifestyle and nutritional changes, Clair said establishing good habits is the baseline for treatment of both T2D and CAD. He added most patients really want to try to address high blood pressure, high cholesterol, diabetes and other issues without medication.

"I used to let them try lifestyle changes (first), but then they come back to see me and weigh six pounds more. Now I've shifted my view," Clair said. "I tell them, 'Let's use the drugs to get your condition under control, then if your lifestyle changes work, we'll look at backing off the medications.'"

Clair added an improved understanding of the pathophysiology of both T2D and CAD has allowed newer diabetes medications to offer more benefits while reducing cardiovascular risks. In this new era, he concluded, "We're moving more aggressively toward prevention."

The scientific statement was developed on behalf of the American Heart Association's Council on Lifestyle and Cardiometabolic Health and Council on Clinical Cardiology. Suzanne V. Arnold, MD, MHA, associate professor of medicine at the University of Missouri Kansas City, served as chair of the writing committee. Access the full statement through the AHA website at Heart.org in the 'Guidelines and Statements' section under the 'Professionals' tab or through the link posted with this article on our website at NashvilleMedicalNews.com.

AHA Clinical Management of CAD in Patients with T2D