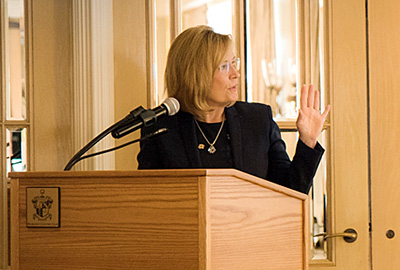 Alzheimer's is the nation's sixth-leading cause of death and is the only one in the top 10 that cannot be prevented, slowed, or cured. Barring the development of medical breakthroughs, the number of people living with Alzheimer's will rapidly escalate, increasing from 5 million to 13.8 million by 2050, costing the country an estimated $1.1 trillion.

For more information on how to partner with the Alzheimer's Association call 800.272.3900. or visit www.alz.org.