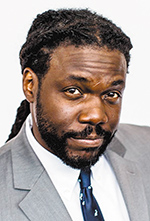 Blockchain is the buzzword in healthcare innovation for 2018, and Nashville-based Briovation, the parent company of Jumpstart Foundry and Health:Further, is doing its share to promote the permissionless digital ledger model.

The company recently unveiled Jumpstart Token, which invests in healthcare-related blockchain companies. This latest effort is part of a larger initiative called Tokenizing Health, which analyzes, invents and invests in startups using the technology.

The Role of Blockchain

"Generally speaking, there are two ways to think about blockchain in healthcare," said Marcus Whitney, president and co-founder of Briovation and Tokenizing Health. "The most common discussion is around blockchain as a technology being employed by enterprise organizations to share data between organizations in a secure, reliable manner without a central authority in place. This approach to blockchain is an Enterprise IT model."

Alternatively, Whitney said blockchain's token concept creates vastly different business models built around connecting patients and providers. "The invention of digital tokens spurred by Bitcoin is an entirely different conversation. It is about how to create new models for value exchange and peer-to-peer markets that are powered by blockchain technology," he said.

After lengthy research, Briovation discovered more than 100 tokenized blockchain models in healthcare, many of which had received financing very quickly. The Briovation team became interested in tracking and understanding the process and in trying to help convey the blockchain concept to the larger healthcare industry.

"We saw stories around enterprise information technology and industry leaders like Change Healthcare and Humana using blockchain but not as much about the new crop of innovators who were Tokenizing Health," Whitney said. "We're analyzing these new business models that utilize digital tokens and offer patient-centered alternatives to the current healthcare industry largely driven by insurance companies."

The Tokenizing Health team has been evaluating the crypto space as it applies to health and has published their first report, The Blockchain BrioView, as an industry chart that analyzes, catalogues and organizes innovation in healthcare. Since its publication, Tokenizing Health has conducted numerous briefing calls, gathering first-hand data from over 70 companies in the space. They've also launched their first company, Solaster, which will help public health blockchains interact with one another.

On Aug. 29, Health:Further attendees can take part in The Tokenizing Health Summit, designed to explore public, permissionless blockchains in healthcare and convene the innovators creating the future of health through tokenized health platforms. Attendees will learn from the individuals and organizations building the latest blockchain solutions for healthcare and connect with industry blockchain experts. For more information visit healthfurther.com.