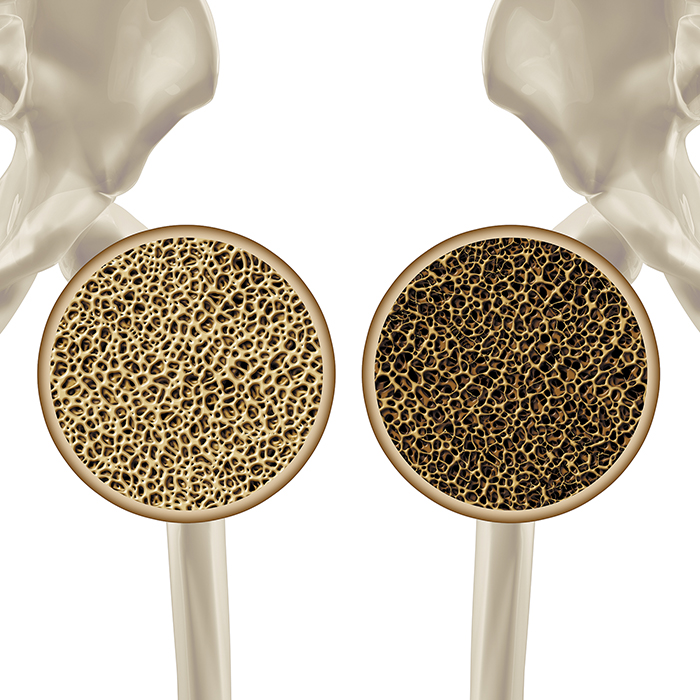 Osteoporosis is diagnosed in one in four women age 65 and older. In fact, of the 10 million Americans with osteoporosis, more than 8 million are women, and that number's expected to climb. According to the Administration on Aging, an operating division of the U.S. Department of Health and Human Services, the population age 65 and older increased from 38.8 million in 2008 to 52.4 million in 2018 (a 35 percent increase) and is projected to reach 94.7 million by 2060. 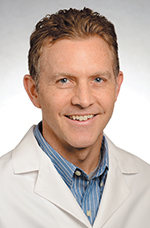 Why are Women at Risk?

"Optimally, osteoporosis is a preventive health issue," said Christian Rhea, DO, FACR, a rheumatologist specializing in osteoporosis treatment at Heritage Medical Associates, "and treatment is started before a fracture ever occurs."

Rhea said there are three ways to diagnose osteoporosis. Too often, a patient finds out after experiencing a disease-defining fracture - typically a low impact compression fracture of the spine or a traditional fracture of the hip or arm.

More fortunate patients will have bone loss identified proactively on a DEXA (or bone density) scan, allowing for early intervention and treatment. While half of women will experience a fracture related to a weak bone during her lifetime, Rhea said the majority of women in his practice have never had a fracture. "It's kind of standard now to order a DEXA scan when a woman becomes post-menopausal," he said. "The unfortunate truth is that the DEXA only identifies half of women who need to be treated - not a perfect screening tool but it's the best we have."

Lastly, Rhea uses an online calculation called a Fracture Risk Assessment Tool, or FRAX® Index which improves the sensitivity of the DEXA. The FRAX takes into account specifics that are important factors when considering fracture risk including height, weight, age, certain medications and a patient's personal and family history, along with DEXA score.

The past decade has brought a myriad of innovative therapies that have proven effective for osteoporosis. Patients whose bone loss is identified before a fracture occurs can benefit from bisphosphonates - bone-strengthening medications like Fosamax®, made popular in the 1990s.

Rhea said the class is effective but not without side effects and dosing complexities that keep compliance historically around 50 percent. "They're a good first-line defense, but I see a lot of cases where the patient just can't tolerate or remember to take them," he said of the weekly oral therapy.

Another option, often better tolerated, is to receive the treatment as a yearly IV infusion. Intravenous therapies like Reclast® bind into the bone and are shown to reduce compression fractures up to 70 percent and hip fractures by 50 percent.

A third FDA-approved option is Prolia®, given twice a year as a subcutaneous injection. Rhea said it's a safer option for long-term use, well tolerated and reduces fractures at a similar rate to Reclast. "Patients often transition to Prolia after three to five years on Reclast. It's a common progression," he said, noting that meds like Reclast and Fosamax typically decline in effectiveness after five years.

Forteo® and Tymlos® represent a different category and involve daily injections for up to two years. Forteo is a lab-made version of human parathyroid hormone, while Tymlos is a version of human parathyroid protein. "These stimulate bones to grow rather than just preventing loss," Rhea explained. "I tell patients it's like a bank account: You can either stop withdraws or increase deposits. Reclast and Prolia stop withdraws but depend on you to make and keep the bone." Over the past two years, Evenity® has proven to be another welcome option that works by growing more bone and preventing bone loss. The subcutaneous injection is administered once a month for one year. 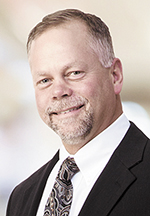 Unfortunately, too many patients learn of their diagnosis after experiencing spinal fracture, a debilitating result of advanced osteoporosis in the elderly. Daniel Wunder, MD, an interventional radiologist at Ascension Saint Thomas and Premier Radiology Tennessee, has performed more than 1,000 minimally invasive Medtronic Kyphon™ Balloon Kyphoplasty procedures in the past decade.

Watching a live-X-ray on a monitor, he punctures the back with a needle to insert a tiny balloon into the damaged vertebra. He then uses a pump to inflate the balloon, attempting to restore the original height of the vertebra and create a cavity before then injecting acrylic bone cement into that cavity to create an internal cast to repair the fracture.

"It's probably the closest thing you'll ever seen to a tent revival," he said, noting patients often are wheeled in and walk out. "Kyphoplasty is the most incredible thing I've seen in 30 years of medicine because of the difference it can have in just an hour without orthopaedic surgery."

Since an injury can take weeks to manifest through pain and on X-rays, Wunder said patients aren't often referred to him until sometimes the eighth week post-fracture. "It's similar to watching a building demolition where the inside walls collapse before the building falls," he explained. "The fracture is painful before it's visible on x-rays. On average it takes two to three weeks for the bone to collapse."

Wunder stressed the importance of early intervention for first-time fractures, not only for pain relief but also to retain height and prevent deformation in the spinal column. He added, "It's important to know, many times after a patient experiences their first fracture, a second fracture may occur. However, at this time, the patient recognizes the pain and reaches out for help within days." 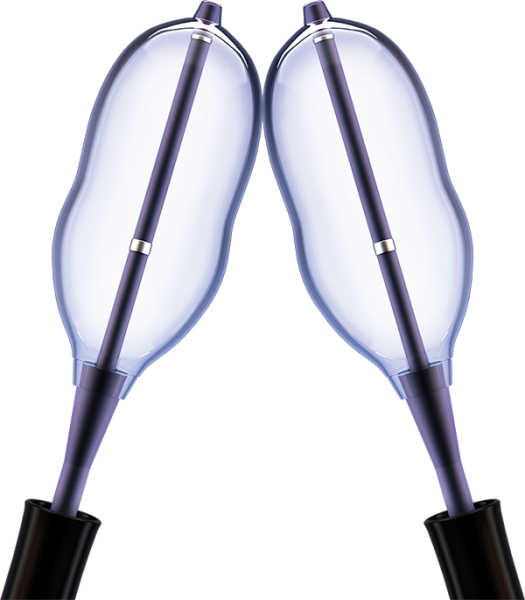 While Medtronic launched its initial balloon kyphoplasty product in 1998, the company has continued to evolve the technology with the development of better balloons, an improved cement delivery system and added access tools shown to reduce hand radiation exposure for surgeons over the last several years.

After a fracture is identified, physicians start patients on bone building agents to prevent secondary events. They also urge women to get adequate calcium - preferably from food sources like dairy rather than supplements.

"One misconception is that extra calcium will help build bones stronger, but it really doesn't," said Rhea. "You need just enough to not be calcium deficient. Too much may be harmful and lead to kidney stones and possible cardiovascular calcification."

However, Rhea noted, Vitamin D also is essential and should be take as a supplement since there are few dietary sources. He also recommends weight-bearing impact exercises like 20 minutes of walking three times a week. "Just keep in mind that, while these measures are good and necessary, they have not been proven to reduce fractures like medical interventions have and are not a replacement for treatment but part of a holistic treatment plan," said Rhea.

He also frequently addresses the misconception that a negative DEXA score following a low impact fracture rules out osteoporosis. "DEXA is irrelevant in determining if the patient needs treatment if there's an osteoporotic-defining fracture," Rhea said. In the dental world, misinformation also abounds about risk vs. benefit of osteoporosis treatment. "Those risks are extremely small, and it's always important to remember that a dental complication isn't the same as a hip fracture," Rhea said. "One-third of the women who break a hip won't survive two years. These are life-altering issues, and the risks that are frequently discussed in the dental community are very unlikely."

Rhea encourages women to understand the treatments for osteoporosis are overwhelmingly safe, with benefits far outweighing risks for most patients. "We have multiple effective options available, and we know that preventative care means up to 50 percent reduction in hip fracture and 70 percent in spine," he pointed out. "Those are really good numbers and should encourage women. Being proactive about preventing fractures is certainly the best way to deal with them."