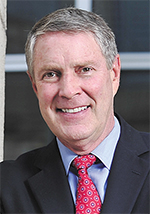 Ardent Health Services filed initial public offering papers last month in advance of taking the company public. The hospital company, led by CEO David Vandewater, was originally founded as Behavioral Healthcare Corporation in 1993 but had sold off its behavioral hospitals by 2005 as the focus turned solely to acute care.

Sen. Bill Frist, MD, has been appointed to the OneOncology Board of Directors. OneOncology, which launched last year, is a national partnership of oncology practices spearheaded by Nashville-based Tennessee Oncology, New York Cancer & Blood Specialists and Memphis-based West Cancer Center. He has also recently been named to the board of Brentwood-based Spero Health. 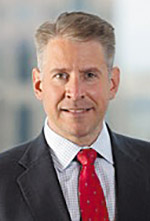 In the fourth quarter of 2018, Nashville-based PhyMed Healthcare Group, a physician-led and owned anesthesia and pain management service provider, completed its first transaction in Arizona with the addition of Grand Canyon Anesthesia ("GCA"), a Phoenix-based anesthesiology practice organization. In other news, PhyMed CEO Marty Bonick has been named to the board of the Center for Medical Interoperability.

CHS divestitures continued as 2018 wrapped. The publicly traded, Franklin-based company announced completion of the sale of 492-bed Sparks Regional Medical Center in Ft. Smith, Ark., and of the 207-bed Mary Black Health System in Spartanburg, S.C., and 125-bed Mary Black Health System in Gaffney, S.C. The company also announced a definitive agreement to sell its four remaining South Carolina hospitals. On another note, CHS announced the appointment of Elizabeth T. Hirsch to its board of directors for a term expiring at the 2019 annual meeting. Hirsch served as vice president and controller of Praxair, Inc., a supplier of industrial gases and coatings and related healthcare services and technologies prior to retirement.

Franklin-based wellness company Tivity Health has laid out $1.3 billion in cash and stock to help clients stick to those weight loss resolutions with the purchase of Pennsylvania-based weight management giant Nutrisystem. The deal is expected to close in the first quarter of 2019.

Nashville-based healthcare startup EvidenceCare, a clinical decision support tool for healthcare providers, recently released its newest user experience and interface design, a project the company has been working on since the beginning of 2018. EvidenceCare was conceived in 2014 to solve a fundamental need for healthcare providers to find and quickly digest the latest treatment guidelines. Company officials said the new design brings a more provider-driven experience than ever to users along with integrated decision rules and calculators, a robust antibiotic advisor and a new feature that allows for order management.