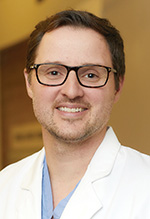 "It really is a full team approach," said Morse. "Transcatheter therapies are at the forefront of innovation for heart valve disease, and the patient is the focus of our attention and evaluation."

Prior to transcatheter valve procedures, patients often lacked an alternative to open heart surgery due to age, co-morbidities or prior heart surgeries, and an aging population has forced surgeons to think outside the box when it comes to repairing or replacing diseased valves. Now offered at Saint Thomas Heart, minimally invasive MitraClip transcatheter mitral valve repair uses ultrasound of the heart to guide the clip to the leaky valve, which is essentially stapled shut.

"The MitraClip allows us to go in and visualize and repair the valve directly, which improves quality of life and typically gets patients out of the hospital the next day," said Morse. "It's a game changer, because patients recovery quickly without spending a month healing after surgery. It's been an amazing transition."

Saint Thomas Heart recently became the 17th heart center in the U.S. to exceed 300 MitraClip procedures. "Mitral valve therapy is quickly evolving, and there are now hundreds of companies working on different technologies in that space," Morse said. "The clip is wonderful but can't treat every anatomy, so it's a disease that still needs more innovation."

To that end, Saint Thomas Heart is involved in a number of minimally invasive valve trials, including the SUMMIT Trial for Abbott Tendyne Transcatheter Mitral Valve Replacement. Saint Thomas Heart was also the first in Tennessee to implant the ACURATE neo2Aortic Valve System, a new generation of transcatheter aortic valve replacement (TAVR) designed to further reduce complication rates, streamline TAVR procedures and expand access to treat patients even with challenging anatomies. Now the team is looking at treatment options for tricuspid valves. "The tricuspid valve is often forgotten, but clinically it's very important and has never had a good catheter-based therapy," said Morse, who's involved in a Triluminate clinical study involving an Abbott device similar to the MitraClip.

"Today's therapies and screening tools are better, so we can identify valve problems earlier and send patients to a valve center of excellence," Morse continued. "We have numerous transcatheter valve options to keep us robust and innovative in our approach, so we can continue to offer new technology to our patients. Unless you stay at the forefront you don't have every option to serve the community." 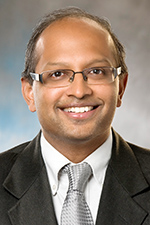 Robotic technology has been a game changer for minimally invasive procedures, and cardiac surgery is no exception. "Robotic systems have evolved a lot in recent years, with refinements in endoscopic technology that allow better visualization of the operative field and minimization of tissue trauma enabling faster recovery," said Sreekumar "Kumar" Subramanian, MD, cardiac surgeon at TriStar Centennial Medical Center.

In December 2019, Subramanian became the first TriStar heart surgeon to use the da Vinci Xi robotic surgery system to operate on an uncontrolled diabetic patient with severe coronary artery disease. Using the robot, Subramanian is able to harvest internal mammary arteries from the chest wall without having to use a specific open surgical retractor. "Being able to harvest an artery without lifting the chest wall reduces tissue trauma, as well as the risk of sternal fractures, especially in patients with diseased bone," said Subramanian, who also plans to use the robotic system for valve surgery, removal of intracardiac tumors, atrial fibrillation ablation surgery and other procedures.

While the system has notable advantages, Subramanian said the department is being intentionally conservative in rolling out the new technology. We have a very cohesive team in place and are trying to use this discriminately, as technology can sometimes increase healthcare costs, decrease efficiency and be no better for the patient in the long-run."

Subramanian anticipates the hospital will perform 100 robotic-assisted heart surgeries in the next year, with an increased focus on low risk patients with three-vessel coronary artery disease. Traditionally, patients with the diagnosis receive stenting on all three vessels. More recently, hybrid procedures, which involve minimally invasive surgical bypass using the left internal mammary artery (LIMA) to the left anterior descending (LAD) and stenting of the other vessels, have become more popular. "Robotics facilitates the minimally invasive LIMA-LAD bypass by avoiding rib spreading and may also be beneficial in some patients where a sternotomy approach is best avoided," he explained. "I am committed to the safe and effective implementation of new technology as our program continues to grow."

Vanderbilt University Medical Center is breaking records for innovation in heart care. "One of our biggest priorities as an academic center is to be on the leading edge of discovery and innovation in cardiovascular care, whether in delivering life-saving therapies to patients with advanced heart disease or in delivering innovative preventive care to help keep patients free of heart disease," said Daniel Muñoz, MD, MPA, associate executive medical director of the Vanderbilt Heart & Vascular Institute and medical director for the Cardiovascular ICU at VUMC.

"Beyond the numbers is a remarkable story of quality outcomes and of mission-critical collaboration between a world-class team of cardiac surgeons, cardiologists, nurse professionals, and others," Muñoz said.

The Medical Center was ranked as the No. 2 heart transplant center by volume for the previous three consecutive years. The center's adult heart transplant program began in 1985, followed by the opening of the pediatric program in 1987.

"Our remarkable year also reflects how much heart transplantation has changed and the advantages of our size," said VUMC cardiac surgeon Ashish S. Shah MD. "Frankly, modern heart transplantation demands high performing, experienced teams. Our high volume has opened opportunities to use new organ preservation technology and to help the most complex patients. It has been immensely satisfying to help patients in our region and to also have a world-wide impact with our research and clinical innovation." 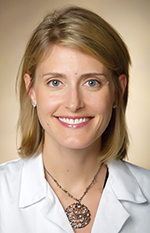 "For several decades, the number of heart transplants performed annually in the United States has been relatively stagnant," said Kelly Schlendorf, MD, MHS, medical director of VUMC's Adult Heart Transplant Program. "Over the past few years, however, heart transplant volumes are on the rise, due in part to transplantation using hepatitis C-positive donors. These donors offer a strategy to safely expand the donor pool and allow more patients to undergo transplant. When you consider the alternative, that's a big deal."

According to VUMC study results published recently in JAMA Cardiology, heart recipients from hepatitis C-positive donors had comparable outcomes after one year to patients who received hearts from donors that didn't have the disease. Using such hearts, which would have been largely discarded a few years ago before direct-acting antiviral therapies were proven effective, presents an opportunity to expand the donor pool, shorten wait times for organs and ensure that fewer people die waiting for them. Mean wait time once patients agreed to receive a hepatitis C-positive heart was only four days, compared with national reported median wait times between 70 and 535 days.

"Vanderbilt's pioneering role in transplantation of hearts from hepatitis C virus-infected donors has allowed many waitlisted patients, who may otherwise not have survived, to be transplanted successfully," noted Schlendorf, who served as lead author on the study.

A single pill containing low doses of three medications to treat high blood pressure and one to lower cholesterol reduced the estimated risk of cardiovascular disease by 25 percent, according to a study published in the New England Journal of Medicine (NEJM). 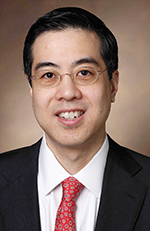 "Polypills" for prevention of cardiovascular disease have previously been studied in low- and middle-income countries where other healthcare barriers exist, according to senior author Thomas Wang, MD, chief of the Division of Cardiovascular Medicine at VUMC. However, the U.S. study released last September of mostly low income, primarily black adults from a community health center in Mobile, Ala., sets up a conversation about how to extend these findings to other settings.

"The pill may address some of the barriers that contribute to disparities in health based on geography, socioeconomic class and other parameters that we know have existed in this country and other countries for a while now," Wang said. "Despite advances in the prevention and treatment of cardiovascular disease, it remains the No. 1 global killer of both men and women."

The randomized, controlled trial of adults without cardiovascular disease enrolled 303 adults - 96 percent black, 60 percent female and 75 percent with an annual income below $15,000 - with half assigned to take a daily polypill for 12 months and the other half assigned to continue their usual routine medical care. Half of the study participants came from the Southern Community Cohort Study, co-led by William Blot, PhD, a research professor of Medicine at VUMC and co-senior author of this study.

Adherence was 86 percent after one year, based on pill counts. Participants underwent a standard medical exam, blood pressure measurement, and blood cholesterol testing during their initial visit, a two-month visit, and a 12-month visit. At the end of the year, study participants who had taken the polypill had decreased blood pressure by an average of 7 mm Hg and reduced LDL cholesterol levels as compared with participants in the usual care group, translating to an estimated 25 percent reduction in the risk of experiencing a cardiovascular event.

"Patients seeking care at community health centers have traditionally been under-represented in clinical trials. We need to better understand what works and what doesn't in these settings so we can improve outcomes for our fellow citizens who may be the most vulnerable," said VUMC cardiologist and lead author Daniel Muñoz, MD. "We think there are advantages to combining population-based strategies like the polypill with all of the virtues of precision medicine. It is a running start for people who need access to some medical care, but precision medicine should still be used to add therapy and adjust therapy."