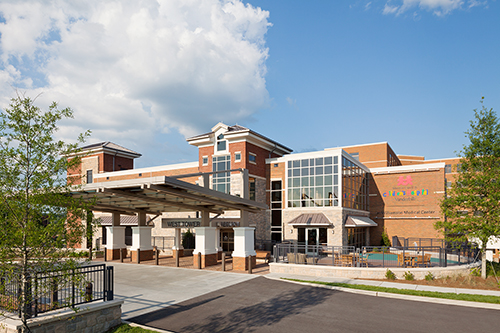 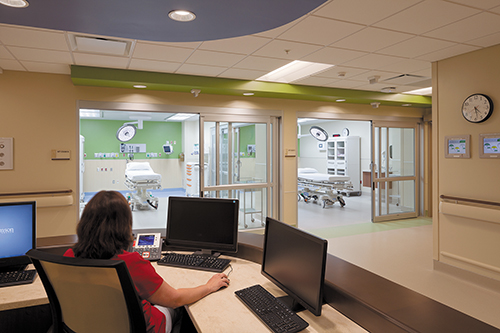 Skanska has been building hospitals and healthcare projects for more than 100 years. It's safe to say the construction firm has witnessed more than a few trends come and go over the last century.

Andrew Quirk serves as senior vice president and national director of the Nashville-based Healthcare Center of Excellence for Skanska USA. "Healthcare and the health sciences sector is the largest for Skanska," he noted. 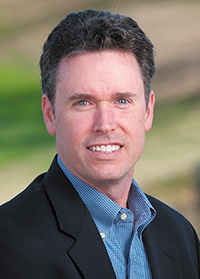 Adopting the Center of Excellence business model 15 years ago, Quirk said the goal was to be a better partner within the industry by highlighting challenges and successes borne of experience. "We wanted to be able to share information about products, about designs and general knowledge about the healthcare industry across all of our offices," he explained. Then, he continued, the company began looking outward, meeting with the leadership of hospitals and health centers, along with providers, to add their perspectives on solutions and barriers.

In Europe, Skanska actually owns hospitals through P3 (public-private partnership) arrangements where the company designs, builds, finances and operates the medical facility ... everything but clinical care. "The reason it works so well is it aligns core competencies where they are better managed," said Quirk, a registered architect who also has experience in health system management.

While the P3 model isn't in place in America, the perspective gained in Europe adds to the skill set the company brings to the table here. "We can talk to clients as owners and talk to them about what we see," he said.

What Quirk and others in the healthcare design and construction industry are observing is a period of great change ... but also one of great opportunity. With a shift to value-based care across the continuum, he said now is a great time to take a step back, refine processes, evaluate the impact on outcomes, make corrections, and find ways to work more efficiently within the industry.

Quirk said with all the upheaval healthcare has faced over the last few years ... and because providers have so much on their plates at this point ... the industry is really reaching out for partners and looking for guidance and ideas about how to make the physical environment better.

"Integrated Project Delivery is a contract between the developer, architect, and the client. It makes all three of those equally responsible and at risk for the delivery of a project and the outcome of a project. IPD is used across industries, but it's perfect for the healthcare industry because of the inherent complexity of the projects," Quirk noted.

"There's an interest in partners coming on board who are willing to take risk," he continued. "There's really good partnership building that I haven't seen as much in the past."

Because of that risk component each participant in the contract bears, Quirk said IPD projects tend to be built faster, less expensively, and with better outcomes. "Everyone has some skin in the game," he pointed out.

"The industries that serve healthcare are mirroring what's happening in healthcare," Quirk said. "Efficiency ... that to me is one of the overarching trends in the industry right now."

Whereas Quirk called the 1980s the 'land of unchecked building,' today the trend is rightsizing - building in the right place at the right time with the right square footage to get the job done. "ROI is talked about at every level," he said, from the earliest discussions of a project all the way through to completion.

He said a lot more questions are asked on the front end. "Let's review every square foot that's built and designed ... what's the ROI of that square footage ... and if the ROI isn't high enough, do we need to build it?"

In the pre-recession 2000s, Quirk said the industry saw the rise of the luxury hospitality look with palatial atriums, massive lobbies and larger and larger patient rooms. "Those spaces continued to grow without anyone saying, 'Have we gone too far?" Now we're seeing a bit of retreat from that ... not from warm, inviting spaces but from just massiveness."

He was quick to add rightsizing doesn't forsake evidence-based design at all but simply looks to incorporate those elements into smaller, more efficient spaces. Health systems, he added, are only building what is needed or what the community needs. It's one of the reasons he believes micro-hospitals are on the rise (see related article on page xx).

In the past, Quirk said there was a distinct separation between the built environment and the equipment itself. However, he continued, the use of smart technology, telemedicine and data capture are all reshaping care. "If the delivery of healthcare is changing, it has to change the environment where healthcare is delivered," he pointed out.

Quirk said he believes integrating technology into the building itself is an important next step. As critical as that is, however, Quirk was quick to note, "There's absolutely no way you can design a building that's ready for the technology that is coming."

Therefore, the best option is to plan for change by creating footprints with greater flexibility. One example of this type of future-enabling design is to move mechanical systems from the middle of facilities to the outside edges of a building. That way, Quirk said, there is less expense and less disruption of service when the time comes to renovate or expand.

Although technologically advanced in many ways, Quirk said the healthcare industry has been slow to accept change on other fronts. "On the sustainability side, healthcare was the last to adopt those practices," he said. "I think it's a huge opportunity for the industry. Healthcare is the biggest sector for the consumption of energy. Let's do something about it."

Increasingly, health systems are warming to the concept of 'net zero' as an impetus to create their own energy. Geothermal systems, wind, solar panels, and methane from landfills are all option to hit net zero energy consumption.

Gundersen Health System - which includes hospitals, clinics and skilled nursing facilities in Wisconsin - made news in early 2015 when officials announced they were producing more energy than they consumed, making it the nation's first net-zero health system. "If it can be done in a cold climate, it can be done anywhere," Quirk pointed out.

Quirk said it's surprising how many hospitals and health systems either don't know exactly how much they are spending on energy or don't know how to get a handle on the expenditure.

"For the facilities that get ahold of this, it's really found revenue," he said. "The money you would have spent on energy ... that's now going directly to your bottom line."

"Moving from volume-based to outcomes-based has turned the industry upside down," said Quirk. "There's really no playbook or path to solving what's happening right now."

However, he continued, with the paradigm shift comes a unique chance to rethink the status quo and make real changes to the built environment that supports outcomes. By bringing more partners and perspectives to the table, he said, there is a greater chance to create truly innovative solutions.

"If we get to the end of this upheaval, and we haven't made the delivery of healthcare better, then shame on all of us for not stepping up and taking the opportunity to do more," Quirk concluded.