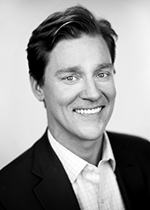 Concert Genetics has released its comprehensive genetic test identification system for use in the market, enabling a level of automation in test ordering, coverage, payment and clinical decision support that wasn't previously possible,

Concert's Genetic Testing Units (GTUs) are the first and only system that uniquely identifies all 160,000 genetic testing products, organizes them into a multi-level taxonomy, and incorporates new tests as they enter the market, which is currently happening at a rate of more than 30 per day. Initially developed as an internal test tracking system, Concert's GTUs have powered the company's widely used, end-to-end genetic test management solutions, becoming essential infrastructure for precision medicine in the process. Now they are available to the market at a time when the need for reliable test identification is critical for accuracy and reimbursement.

Ambiguity in test identification has created burdens for healthcare stakeholders. The company cited disagreements between health plans and laboratories about test reimbursement arising from the codes used to bill the test. Genetic tests are billed using an average of 6.9 codes per claim. in one study Concert found panel tests for hereditary cancer were billed with more than 2,100 different code combinations during a 36-month period. The inevitable confusion has led to a protracted series of denials and appeals that take away time and money.

"At Concert, we believe in the promise of precision medicine, and we recognize this promise will not become a reality until unnecessary friction is eliminated," said Rob Metcalf, CEO of Concert Genetics. "Today, every system of record in healthcare, from electronic medical records and lab information systems to billing and claims payment systems, operates with a different or incomplete language to identify tests. Without a common language, automated digital communication has been impossible, and manual work has been the only option. As of today, that is no longer the case."

Concert's GTU system assigns a five-digit alphanumeric code to each specific, orderable test from a specific lab. The system links to Concert's master test catalog and covers a wide range of clinical areas, including prenatal, pediatric, rare disease, pharmacogenomic, hereditary cancer, and somatic oncology tests. The system is organized into Concert's multi-level taxonomy, which groups the 160,000 individual testing products into almost 45,000 categories, which roll up into 34 domains and 8 clinical areas.

"The reason this system is transformative is that it eliminates manual work and potential for error at every step in the value chain," said Metcalf. "A test can be selected, authorized, ordered, resulted, billed, adjudicated, and correctly paid through a seamless exchange of information between systems that requires few if any manual stops, all because of unanimous agreement about the test in question."

From the homepage (ConcertGenetics.com), click on "Customer Login" and create a free account to access and view Concert GTUs, which are available on a royalty-free basis under the terms and conditions for many uses. Licenses for additional uses, including derivative works, can be obtained from Concert.