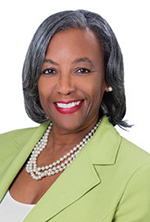 Cheryl D. Mayes will serve as Director of Operations and Finance for Rep. Cooper. Prior to joining Congressman Cooper's office, Mayes served as the founder and principal consultant at My Toolbox Consulting, a firm that provides leadership and development training for organizations and individuals. Mayes previously worked in community outreach and engagement at Nissan North America's corporate offices in Franklin, TN, where she cultivated relationships with local and national organizations, focusing on issues concerning diversity and inclusion. Mayes also served on the Board of Education for Metro Nashville Public Schools from 2010 to 2014. Mayes received a Bachelor of Science degree in Psychology from Tennessee State University and completed her Master of Business Administration at David Lipscomb University. Mayes replaces Kathy Buggs who will join the Office of Mayor John Cooper as Director of Neighborhoods. 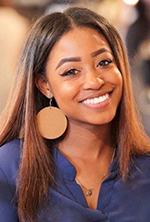 Lindsey Smith joins Rep. Cooper's office as the Nashville-based District Scheduler. Smith is a graduate of the University of Kentucky, where she received her Bachelor of Arts degree in Integrated Strategic Communication. Most recently, Smith worked as the campaign manager for Bob Mendes' Council-At-Large race. Smith also worked as a field organizer for former mayor Karl Dean's gubernatorial race. Smith currently serves as the president of Davidson County Young Democrats and is a New Leaders Council fellow. 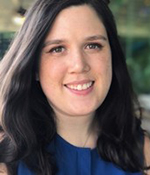 Chelsea Angelo was recently appointed Scheduler in the Washington, D.C. office. Before joining Rep. Cooper's office, Angelo worked as a Research and Data Assistant for TIME's Up Legal Defense Fund and the Legal Network for Gender Equity. Angelo also worked as Regional Field Director for the Phil Bredesen for Senate campaign. 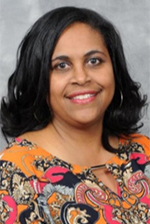 "I am happy to welcome these Tennesseans to my staff," Rep. Cooper said. "They bring a wealth of experience and passion for the people of Middle Tennessee."

"It is always bittersweet to say goodbye to staff members, but it makes it easier to say goodbye when I know that they will continue to work for the greater good. Kathy Buggs has been a vital part of my team for a long time. I appreciate her many years of service to this office and the people of Tennessee's Fifth Congressional District. I'm pleased that she will continue to serve the people of Middle Tennessee in her new role as Director of Neighborhoods for the Nashville mayor's office," Rep. Cooper said.

The surgical team at TriStar StoneCrest Medical Center, under the direction of general surgeon, Joshua Taylor, MD, FACS, with The Surgical Clinic, has become the first in Tennessee to remove thyroid glands using an approach that leaves no visible scar. Rather than performing the surgery through an incision in the neck, which leaves a visible scar, this new scar-free minimally invasive approach was performed using very small incisions inside the mouth, between the gums and lower lip.

SC&H Capital, a leading investment banking and advisory firm has ntered into a joint venture with two healthcare consulting firms, Nashville-based Healthcare Management Partners (HMP) and Baltmore-based i3 Healthcare Consulting, to better serve the strategic and financial needs of the healthcare industry.

In June, Nashville-based PathGroup, one of the nation's largest private providers of pathology, clinical and molecular laboratory services, announced the company has been selected as an early access partner for the launch of Illumina's new sequencing-based COVID-19 test. COVIDSeq™ accommodates more than 3,000 test samples per run, allowing for a substantial increase in testing capacity.

Taking new actions that focus on the well-being and safety of customers and team members, American Airlines announced in late June that it has created a new Travel Health Advisory Panel that includes Vanderbilt University Medical Center (VUMC) infectious disease experts to advise on health and cleaning matters as travelers return over the summer.

TriStar Health and HCA Healthcare have established a health insurance coverage hotline to assist those whose insurance coverage has been impacted by a life-changing event, such as job loss or reduced income, as a result of the economic impact caused by COVID-19.