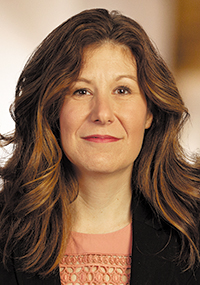 For Corina Tracy, hospice has played an important role in her life both personally as a family member and professionally as a hospice nurse, and now as the chief operating officer of Compassus.

As a teenager in Iowa, Tracy decided to pursue a nursing career in the wake of her mother facing serious health issues. "I am the youngest, and only girl, in my large family so I naturally became a pretty major part of my mom's caregiving," she recalled.

While her sights were set on nursing, she said her introduction to end-of-life care was a bit less planned. After graduation, an opening was available in the oncology/hospice unit of the local hospital. It didn't take long for that fortuitous first job to become a calling.

With her mother's health failing ... and despite being a proponent for end-of-life care, Tracy said it was still a struggle to get her mother into hospice. "Most of the healthcare professionals around her did not want to talk about it even though her deterioration was obvious," she said.

Ultimately, her mother was able to receive the palliative care that is part of hospice and to enjoy quality time with her family before dying peacefully at home. "It was then and there that I decided it would be my life's work to ensure that all people facing the end of life would know there are options ... and there is hope," she said.

In 2003, Tracy joined Compassus as director of clinical services. Within five years, she had advanced to regional management with operational oversight of facilities in five states. Tracy relocated from Iowa to Nashville in 2009 with her family when she became part of the company's executive leadership team. Assuming her current role at the end of 2014, she now has responsibility for a national company with more than 151 palliative care, hospice, and home health locations across 32 states.

Tracy is quick to credit many people with enhancing her career. "I make it a point to find the people who are smarter, more skillful and talented than me and just start watching, learning, and absorbing," she explained. That said, Tracy pointed to Compassus CEO Jim Deal as one of her chief mentors. "First of all, about 10 years ago he was willing to take a chance on, and invest in, an opinionated, spunky, hard-working young nurse," she said with a grin. He also encouraged Tracy to go back to school to study business to enhance her skillset.

More than two decades into her career, Tracy still relishes every aspect of end-of-life care. "I love that I get to make a difference in the world. I love dealing with challenges and that I'm tasked with finding better ways to do things. I love that I get to create a culture that values both compassion and excellence. I love that I have the responsibility to grow leaders and to compel everyone around me to be their best," she enumerated.

Despite the universal gratitude shared by those who have experienced hospice, Tracy said some of the same barriers to accessing care she experienced years ago with her mother still exist. "It's difficult for many to see that hospice is an integral part of the healthcare solution." While health spending is exceedingly concentrated among those in their last year of life, often on treatments that are neither curative nor comforting, "hospice provides some of the highest quality care out there at the lowest cost to the system," she continued.

Tracy noted that more than 35 percent of patients die within seven days of entering hospice, although research shows patients receiving hospice care for a longer period of time are more likely to have high end-of-life satisfaction. Inevitably, she said, patients and families who experience hospice say they wish they'd taken advantage of the care sooner.

Perspective gained from her career influences her everyday life, which she joyfully shares with husband Jeff, their three children, son-in-law and young grandsons. "I love being outdoors, hanging with my grown children and grandkids, nice dinners with good wine and watching Cubs baseball and Preds hockey," Tracy said with a smile.

After all, she knows well the restorative power of being surrounded by love and laughter at every point along life's journey.