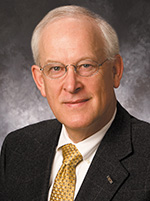 For more than two decades, the Tennessee Hospital Association (THA) has operated a unique internship program with a mission of matching minority healthcare students with hospital executives across the state. The goal of the Agenda 21 Internship Program is simple - to diversify healthcare administration so care facilities more closely mirror the communities they serve.

"We started it about 22 years ago, right after I started here," said THA President and CEO Craig Becker. He recalled walking into a board meeting and seeing 25 middle-aged, white men around the table. "No women, nobody of color ... diversity didn't even include 'investor-owned' hospitals at that time," he said with a laugh. "We've come a long way now," he added of the current board, which includes four members of color and four women. "In terms of diversity, I would daresay our board is one of the most diverse hospital associations around."

Becker was quick to note the problem wasn't specific to Tennessee. He had run into the same issue when he worked in Maine and New Jersey. "In both those states, it was exactly the same thing. It really bothered me that we were not reflective of our community."

The question was: How to begin attracting more diverse healthcare executives and helping them rise into the ranks of senior hospital leadership? "We thought a good way to do it was to start an intern program," said Becker. 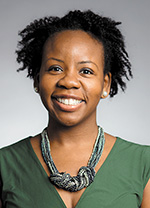 Agenda 21 is a 12-week, supervised internship for qualified students pursuing graduate degrees in healthcare administration or a related field. Working closely with a hospital administrative leader/mentor and staff, the intern gains valuable hands-on experience with the hospital's management team. Yolanda James, director of public relations and strategy for THA, who has shepherded the program for summer 2018 and 2019, said the experiences vary. For some students, the 12 weeks are spent on one big project. For others, they get a 360-degree view of operations by being embedded in different areas for a week or two at a time. Still others, she said, complete three or four projects during the summer. "At the end, they present a case study of what they did," noted James.

Based on the success of Agenda 21, the decision to begin fostering diversity through interns was a good call. James said the program has about 200 alums now who are working in various capacities, including at the CEO level, in hospitals across the country. "Last year's class of 2018 had nine students," said James. "Of those nine, two have accepted hospital fellowships at Arkansas Children's and the University of Pittsburgh Medical Center."

Becker added, "We weren't doing this for people to only stay in Tennessee. We knew people would move around."

However, there are plenty of success stories in the state, as well. James noted a 2017 program alum was offered a full-time job with benefits at Erlanger starting the day after her internship ended. John Baldwin, III, MHA, market associate administrator/co-ethics and compliance officer for Parkridge Health System, credited the program with providing a solid platform on which he has been able to build as he has moved into increasing leadership roles (see box).

Word-of-mouth awareness of the unique program has spread. James said she has seen an increase in out-of-state students applying for the program over the last few years. Those interested apply in the fall for the following summer's internship class. After an application review, candidates selected to move to the next phase are interviewed, and those accepted go through two orientations prior to starting the program. For the purposes of Agenda 21, "minority" is considered to include race, ethnicity and gender, which would include non-white male and all female students, as well as students of any race who identify as lesbian, gay, bisexual or transgender (LGBT).

For those who question the need for such a program, Becker said the answer is straightforward. Diversity gives hospitals a better shot at understanding the belief systems, customs, cultural differences or point of view of the populations they serve. "I think there is a growing awareness among our hospitals that they need to be reflective of their community," he concluded. "If you don't know that, you aren't really serving your community well."