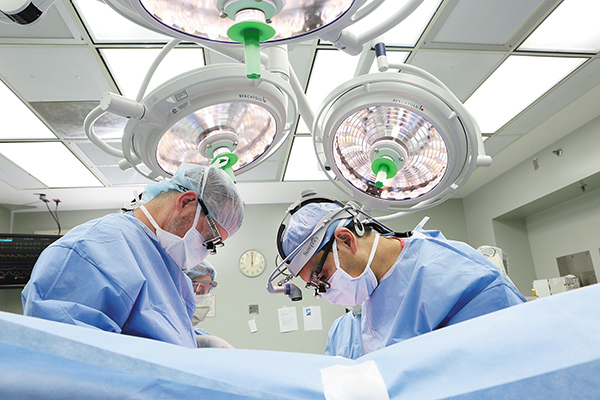 Shah the Driving Force Behind Growth, Innovation at VUMC

"The first time I watched a heart transplant, I said, 'This is it.'"

More than 200 hearts transplants later, Ashish S. Shah, MD, chair of the Department of Cardiac Surgery and director of Heart Transplant and Mechanical Circulatory Support at Vanderbilt, is the driving force behind one of the nation's busiest heart transplant programs.

Raised in Connecticut, Shah received his bachelor of science in biomedical engineering from Duke University before earning his medical degree from the University of Pittsburg School of Medicine. Following an internship at Duke University Medical Center, Shah remained onsite for residencies in general and thoracic surgery.

"I had committed to being a heart surgeon ... and at the time, there were just a few credible places to go if you wanted to be a leader in the field," Shah said of his time in North Carolina. "Duke was a mecca for the training of heart surgeons, and it was demanding; but it helped me understand how to be the best physician and academic surgeon I could be. They taught work, endurance and excellence that I've carried with me."

Shah also was exposed to the school's heart and lung transplant programs, which led to his first job performing aortic surgery, heart and lung transplants at Johns Hopkins University in Baltimore. It was trial by fire for the young surgeon, who diversified his skill set while working with medically complex patients from across the world. He also established a successful academic career focused on end stage heart and lungs and investigated ways to improve organ function.

"Being surrounded by great scientists pushed me to perform better and ask the big questions," Shah noted of his 10 years at Johns Hopkins.

In 2015, Shah relocated to Nashville to serve as medical director of the heart transplant program at Vanderbilt University Medical Center. 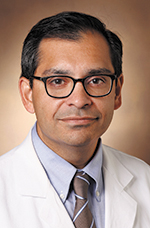 "My family and I were looking for a change, but I didn't want to give up an academic environment," said Shah, who continues to perform transplants and teach. "That academic enterprise helps you figure out how to do things better, and Vanderbilt had a long history of excellence with a credible and aggressive transplant program. Their work in mechanical support devices and left ventricular assist devices also was a sign that the organization and people were ambitious and hungry to do bold things."

Since his arrival, Shah has been focused on establishing VUMC's heart transplant program as an international destination for patients with complicated diagnoses. And it's working. By increasing the complexity of surgeries, the program has tripled in size since Shah's arrival, transplanting 100 hearts in 2017 alone. Their success has opened doors for the team, allowing them to participate in even more cutting-edge research.

Thinking Outside the Box

Shah is already working to establish a program for the promising technology, currently undergoing FDA approval. He's also growing VUMC's aortic surgery program, building partnerships and broadening capabilities for patients with rare vascular and aortic conditions. It's a passion that stems from his work with at Johns Hopkins, where he cared for patients that other programs weren't comfortable treating.

Shah also has been instrumental in reestablishing the CORE Research Laboratory for cardiac surgery, which has helped attract those pursuing careers in academic medicine. "We've established some pretty fertile areas of research, and we're bringing ideas and post-doctoral fellows together to fill in the gaps," he said.

Building on his experience performing more than 230 lung transplants in Baltimore, Shah also plans to re-launch a combined heart and lung program at VUMC. It's a rare, complicated procedure that involves transplantation of two connected organs. "My vision is to be a destination center and to be able to offer everything the most desperately ill people need," said Shah, noting the program would make the university one of a few places in the country to offer the combined surgery.

Training the Next Generation

Despite his continued success, the world-class surgeon is quick to give credit where it's due: his mentors. "The longer I'm in cardiac medicine, the more I've appreciated the people who've been examples of excellence and took a personal interest in teaching me to do very tough surgeries," Shah said. "My mission here is to do that for others and help young physicians feel as comfortable tackling difficult problems as I do now. Being a program our size makes you better, and being around smart people who push you and make sure you're at your best is the secret sauce of how programs like this do right by our patients."