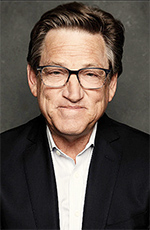 At the end of March, the Nashville Health Care Council hosted its first-ever virtual panel discussion for more than 215 Council members who tuned in via video conference to discuss the upcoming presidential election and healthcare's role in the conversation.

"We asked our three panelists to look into their crystal ball and give us a view on the future of healthcare in light of the presidential election," Farmer said. In the weeks since the panel was initially planned, all considerations now include the impact of COVID-19.

Picking up on that theme, McCrary led off with an overview of public opinion on the election and coronavirus. He pointed out concerns about COVID-19 have increased dramatically over the last six weeks - from 40 percent of voters being 'somewhat' or 'very' concerned to now more than 80-plus percent in that category.

While Republicans and Democrats initially professed different levels of alarm, McCrary said those lines have begun to converge. He added the level of intensity with which people are concerned is something not typically seen in public opinion data. "The headline is Americans have extreme, intense concerns both on the health piece and on the economic piece."

As time has gone on, President Trump has garnered increased support for his efforts to combat the coronavirus. A recent Gallup survey showed 60 percent approval compared to 38 percent disapproval on the subject. However, a significant majority of Americans also believe his administration was too slow to act against the pandemic.

Looking ahead to the 2020 election, McCrary noted, "Everything is more up in the air than we've seen in quite some time." He said the rust belt and now several states in the sun belt - Arizona, Georgia and Texas - are going to be swing states. What happens in those states will most likely forecast who wins the presidency. In the meantime, he said, "For the foreseeable future, we should consider the presidential race a coin flip."

McCrary noted healthcare will likely have some impact on the election with 63 percent of Americans saying there are 'major' problems or that the system is in 'crisis' (49 percent and 14 percent, respectively). Senate and House races, he continued, will be as impactful as the presidential race. Full control by either party could bring significant change. However, McCrary said the most likely scenario is continued divided control, which portends a continuation of the status quo with possibly some modest changes where there is consensus, such as on pharmaceutical costs and surprise billings.

Keckley pointed to the most recent data, which predicts the U.S. health system will continue to flex its muscles with growth at 5.7 percent a year to get to 19.9 percent of GDP by the end of 2028. Drilling down on the data, he continued, "It essentially says every part of healthcare will accelerate its growth at about 1 percent above inflation and about 1.5 percent above the GDP." That, he pointed out, is in the face of an economy that is forecasted to be in the negative range through at least the end of the third quarter. While he expects continued growth in the various sectors, Keckley added margins will shrink because they are not sustainable. He said the U.S. will be dealing with the effects of COVID-19 at least through 2022.

In addition to near-term issues, there are a number of longer-term policy decisions he said should be watched as leaders grapple with how to manage the economy. Keckley noted we added $2 trillion in debt as a result of the 2017 tax cuts and another $2 trillion with the recent relief package. "How will our government absorb that much more debt?" he asked. "What I've found in my career is that Medicare becomes a pretty easy target for cuts." In the near term, Keckley added, "We're going to have to get our arms around health spending, and the mechanisms to do that are probably going to engage some non-conventional players who are well funded."

Winckler turned to the investor's perspective. In January, she said investors were paying close attention to the election climate. By February, they were aware of the coronavirus in China but still had enthusiasm about multiple healthcare subsectors. They were also monitoring consolidators such as behavioral health, physicians, dental and rehabilitation practices, and home health and hospice agencies. In March, as COVID-19 reality set in, she said investors have become much more careful, preferring to focus on and stabilize their current portfolios.

"Moving forward, I think we'll see a short-term pause [in investments] through April and slow movement for the rest of 2020. How the virus makes its way through the nation will have a big impact," Winckler said. "If I had to bet, I would say pandemic concerns will last 12 to18 months. Long term, I believe we'll see a shift in investment strategy as private equity funds try to navigate the new normal. This will likely include increased desire for supply chain redundancy and visualization; as well as analyzing if this time period will normalize telemedicine."