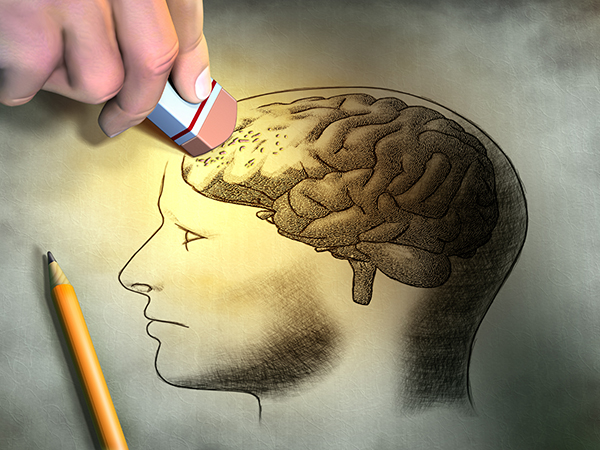 More than five million Americans are living with Alzheimer's disease, a diagnosis that kills more people yearly than breast and prostate cancers combined. Fortunately there's hope on the horizon, thanks to a number of studies and trials underway at Vanderbilt University Medical Center.

A potential new drug for Alzheimer's and schizophrenia developed by Vanderbilt University scientists was recently administered to the first volunteer at Vanderbilt Institute for Clinical and Translational Research. Animal studies suggest that the compound, a small molecule called VU319, may have potential for reducing memory impairments in brain disorders. 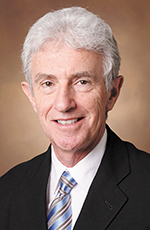 "There's been an effort at Vanderbilt to develop new molecules for neuropsychiatric illnesses for several years," said Paul Newhouse, MD, director of the Vanderbilt Center for Cognitive Medicine.

The molecule was discovered several years ago at the Vanderbilt Center for Neuroscience Drug Discovery through a team of scientists led by center director Jeffrey Conn, PhD, and co-director Craig W. Lindsley, PhD.

"We realized this would be of particular interest for patients with Alzheimer's and began collaboration with Drs. Conn and Lindsley to try to move this drug from discovery into human trials," Newhouse said. "It's one thing to discover a new molecule and test it in rats, but it's another to get approval to put a new drug into humans."

The molecule received FDA approval for human trials November 2016 and began the first-in-human Phase 1 clinical trial in July. "This is a novel achievement because we're the first university to go from molecular discovery to testing in humans in the same university for a new potential Alzheimer's disease treatment," said Newhouse. Once a molecule is discovered, he explained, schools typically license it to a commercial entity to help defray development costs.

Enrollment is still open for the randomized double-blind, placebo-controlled study, which will be conducted in approximately 100 healthy adult volunteers over the next year. The single dose cohort, which concludes next spring, will help determine the compound's safety, tolerability and bioavailability when taken orally. Dosage will gradually be increased in participants until it reaches the highest level of exposure previously administered in animals.

Trial participants undergo testing for brain effects using sophisticated computerized cognitive testing and EEG. While the molecule isn't a cure for Alzheimer's, it's expected to enhance attention, memory and learning earlier than ever.

"We've known for years that a certain chemical system is deficient in patients with Alzheimer's so medications typically try to enhance that indirectly," said Newhouse. The new molecule attempts to directly stimulate that system in a way that's never been done and could be used independently or as a complimentary therapy. Newhouse also believes it could be administered at the onset of symptoms to help slow progression of the disease.

Historically, innovation in Alzheimer's therapies has been remarkably slow, with a failure rate of over 99 percent. In fact, the last FDA approved Alzheimer's drug was introduced some 15 years ago.

"There's still a lot we don't know about Alzheimer's, and that's disconcerting to us," said Newhouse. "We thought we understood the biology, but it's more complex than we thought."

That's because the predominant theory of what's causing the illness might be true ... but changing those proteins doesn't necessarily alter symptoms. Still, researchers are hopeful about the molecule's cognitive benefits due to promising evidence from preclinical studies.

VU319 isn't the only potential game-changer coming out of Vanderbilt. "We're doing a lot here in terms of clinical trials in Alzheimer's patients with new therapies, including collaborating with pharmaceutical companies," he said. "We're focused on early stage, as well as prevention."

Newhouse also is the national lead investigator for a 27-site study through the National Institute on Aging. The Memory Improvement Through Nicotine Dosing study uses transdermal nicotine patches to enhance early memory loss. The MIND study is a collaboration between Vanderbilt and the University of Southern California's Alzheimer's Therapeutic Research Institute.

Another NIA study, the Alzheimer's Disease Neuroimaging Initiative, looks at history, biomarkers and symptoms to better distinguish between dementia and Alzheimer's. Participants receive specialized scans and spinal fluid analysis not available to the general public.

"Not every dementia is Alzheimer's, and it's important for any family to make sure they get an accurate diagnosis," Newhouse said. "Seniors are living longer, and brain health is becoming ever more critical. The sad reality is that the percentage of patients diagnosed is increasing, although it's better recognized than it used to be."

Newhouse also wants to dispel common myths related to aging. "There's a belief that as you get older memory inevitably becomes worse, but that's not true," Newhouse said. "The brain is not immune to age-related changes, but brain function overall should not decline." To that end, lifestyle choices are now recognized as an increasingly important aspect of protecting brain function during aging.

"There's no question that paying attention to lifestyle will make a significant dent in dementia outcomes," Newhouse said. "We can't prevent it, but we know we can do a lot to reduce risk; and we're beginning to think about ways we can help younger and middle age people reduce their risk earlier in life. Identifying those at increased risk is something I'm quite passionate about, and it's being seen as a new approach to treating this disease."