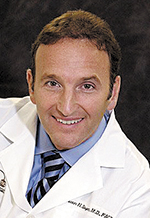 I want to look natural.

Steven Dayan, MD, noted Chicago facial plastic surgeon and keynote speaker at the recent Symposium for Cosmetic Advancement & Laser Education (SCALE) conference held in Nashville, said the biggest fear patients have with cosmetic procedures is that they will wind up looking like they've had a cosmetic procedure. "It's our number one barrier to getting patients in the office," he said. "It's the reason we don't have more people getting aesthetic treatments ... it's because they're afraid of looking unnatural."

Dayan pointed out, "Cosmetic treatments cannot equal natural results. It's a flawed logic." In fact, he added, when he was asked to write a paper defining 'natural,' he quickly recognized he couldn't do it. The realization led Dayan to think about beauty in a different way. Based on the theory of relativity, he created a different platform to encapsulate what people mean when they strive for natural beauty.

"It's a four-dimensional model ... not a two-dimensional model ... to explain what is natural, which is really just an interpretation because you can't define it," he said. A New York Times bestselling author, Dayan is a researcher who has published five books and more than 110 articles in medical journals, as well as an adjunct professor at the University of Illinois.

He noted, "Beauty works at a subconscious level because we are pre-wired to know what beauty is whether it's a peacock's feathers, a flower or a human."

While naturalness cannot be defined, Dayan said the same isn't true of beauty. "It's mathematically definable," he said, adding that he was taught the figures and formulas of what makes a face beautiful during his training as a plastic surgeon. "I believe now that beauty is not our aim. I think when we put beauty out there as our target, we fail," Dayan continued.

He pointed out there was a time when everyone believed the world was flat. That same fallacy comes, he said, from confusing beauty with the genuine attractiveness that most patients really desire. "Beauty is flat. Beauty is one-dimensional," he stated. "If we increase cosmetic interventions, yes, we can make someone more mathematically beautiful." However, he continued, much like a bell curve, there is a peak after which more treatments actually diminish beauty rather than add to it.

Dayan noted that a flat, one-dimensional scale is also how the FDA approves products and the field measures outcomes in the United States. "I need to show a two-point improvement in the crow's feet or nasolabial folds," he said of defining success. However, what hits the mark on paper doesn't necessarily hold up in practical application.

"Cosmetic treatments cannot make people more natural. It's logically flawed," he reiterated. "But the problem is when we teach beauty, what we teach is unnatural. We say, 'Yes, we got a two-point improvement.' We think we're making people more beautiful on a flat scale, but the reality is when they are in animation, they look less beautiful ... and they look unnatural."

Instead of frozen perfection, Dayan called on clinicians to recognize that four dimensions are required to create the results patients want - beauty, genuineness, self-esteem/confidence, and attractiveness.

He noted genuineness actually is definable and identifiable. Using pictures of two Hollywood stars smiling, one had mouth corners that slightly turned up and no other movement. The other had broader lip movement and crow's feet around the eyes - the very definition of the Duchenne smile, which involves contraction of both the zygomaticus major muscle to raise the mouth corners and the orbicularis muscle to raise the cheeks and form the crow's feet. "If someone smiles, and they have no crow's feet, they don't look genuine, and you don't trust them," said Dayan. Yet, he continued, physicians remove them with 12 units of FDA-approved neurotoxin all the time.

While beauty can be improved to a point before there are diminishing returns, he said the second dimension of genuineness begins to slip the minute any procedure is done. "We can't make people more genuine. You're born 100 percent genuine. All I can do is make you less genuine," Dayan said. The goal, therefore, is to find the sweet spot where beauty and genuineness cross.

Even then, sometimes people aren't attractive. Why? "This is the third dimension - self-esteem and most importantly, confidence," he stated. "Confidence is the most attractive feature on anyone."

While confidence often trumps physical beauty, studies have shown that 70 percent of self-esteem and confidence is wrapped up in beauty. Research has also found that after receiving fillers and neurotoxins people feel more confident, and a new study found an increase in actual happiness. "We know our products can improve the way people feel about themselves," Dayan said. He added aesthetic medicine has the power to impact expression, emotions, self-esteem and confidence. "We're doing so much more than just making people beautiful," he said. "We're making them more attractive."

Taking into consideration physical beauty, genuineness and confidence, he said, "Now I'm seeing that what we're doing is creating attractiveness by bringing these three dimensions together." So what does that mean? Dayan said it means a forehead that still moves when you cry. It means fine lines around the eyes that crinkle with laughter. It means maximizing the first three dimensions.

"If I provide all of that, that to me is the interpretive point where natural falls in place. Everything comes to a max point. Too much cosmetic intervention - I reduce physical beauty; I reduce genuineness; I reduce self-esteem and confidence; and they look unnatural ... and that's where patients don't want to be."

Dayan added the fourth dimension of attractiveness is variable. Different people find different things attractive, and it's relative to time and space. He said it's critical to understand the math and science behind beauty but also to recognize the need for genuineness so that procedures aren't overdone and to recognize there is a psychological component to treatments. The most challenging factor is the fourth dimension, which he said isn't intuitive, that calls upon physicians to try to understand where the patient is in space as it relates to others.

"Our mission is so much deeper and more meaningful than just making people beautiful," he concluded. "We're evolving beyond beauty to form and function, beyond form and function to improving the mind, mood and attractiveness of our patients ... and that, to me, is where the future lies."