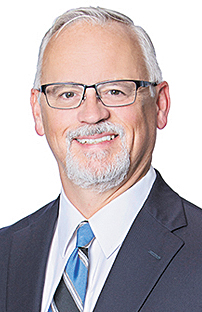 This time of year can be a bit of a scramble for leaders of healthcare companies - and most other businesses - with efforts to post a strong year-end mixed with increased personal and professional social obligations. But amidst that scramble, CEOs of all types of companies may want to talk with their chief financial officers about four key tax issues they'll likely be dealing with in coming months.

The federal Tax Cuts and Jobs Act of 2017 allowed the immediate expensing of certain equipment used in a business on its corporate business tax return instead of gradual expensing. However, this was coupled with a limitation on the ability of the company - if it has average annual gross receipts over $25 million in the previous three years -- to deduct interest expense. 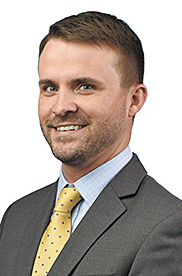 Ostensibly Congress's goal was to prevent a "double dip" on the part of a taxpayer in which it borrows money to purchase qualifying equipment that it immediately expenses, and then also deducts interest expense. While for most businesses an accompanying reduction in tax rates more than offsets the impact of the limitation on interest deductions and other provisions in the law that broadened the tax base, the limitation can pose a particular challenge for thinly capitalized companies where debt exceeds equity.

State impact of the Tax Cuts and Jobs Act

States generally base their corporate income tax provisions on the federal tax code. That means they tend to adopt federal expansions of the tax base, which they generally did in the case of the 2017 tax cut. However, they do not typically adopt lower rates on their corporate business taxes when the federal government reduces theirs. Applying the existing state tax rate to a newly expanded tax base means companies usually pay higher ... not lower ... state corporate income taxes.

But even though the federal provisions took effect in 2018, many states still are working on how to handle the expansions of the tax base, and not all are completely aligning with the federal tax code. In Tennessee, for example, the state reacted by adopting the new interest expense limitations for the 2018 and 2019 tax years, but not for 2020 and later years.

Another state and local tax issue that could affect some segments of the healthcare industry results from a 2018 decision by the U.S. Supreme Court in South Dakota v. Wayfair, which gave states expanded power to tax remote sellers -- those who do business there without an in-state physical presence. Although the case dealt with sales tax, states are adopting the principles outlined in Wayfair to impose corporate income tax, franchise taxes and gross receipts levies on companies without a physical presence in their state.

For now, this decision is most likely to impact a limited range of healthcare companies - for instance those that provide technology and those that sell taxable products, such as medical supplies and equipment, into states where they do not have a physical presence but where the states have adopted these new rules. But the growing importance of telehealth services means the Wayfair decision could soon impact physician practices and other providers from the standpoint of income taxes and other state and local taxes.

Impact of Changes in Accounting for Leases

The Financial Accounting Standards Board has mandated significant changes in the way leases are accounted for, and although they do not take effect until 2021 for private companies, the changes are complex and companies should start preparing to implement them if they have not already done so.

Stated simply, under the new standard, most leases will have to be placed on the company's balance sheet, where under current rules they need not be. Although this change does not have an impact on current federal taxes, they may affect deferred federal taxes and could impact state franchise taxes and local property taxes.

Corporations or practices that are considering selling their stock or engaging in other reorganizations or transactions, should be aware of the federal tax and state changes. As with all such transactions, there can be potential pitfalls and complications stemming from not having the right strategy.

Now is a good time to consult with your tax specialist to ensure that you are taking advantage of opportunities and avoiding challenges as you round out 2019 and head into the new year on a strong foot.

Jay Hancock is a shareholder and leader of the state and local tax practice, at LBMC, the largest professional services solutions provider in Tennessee. Contact him at jay.hancock@lbmc.com or (615) 690-1982. Ben Carver is a shareholder in the Tax practice at LBMC, focusing on healthcare. Contact him at bcarver@lbmc.com or (615) 309-2402. For more information on the full range of firm services, go to lbmc.com.