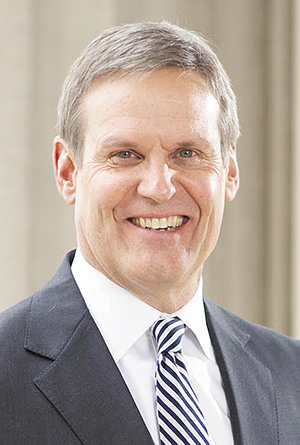 In mid-September, Governor Bill Lee and Deputy Commissioner and Director of TennCare Gabe Roberts unveiled the state's plan to gain more flexibility in managing Tennessee's Medicaid program. Billed as an innovative modified block grant, Tennessee is the first state to propose this type of alternate financing to the Centers for Medicare & Medicaid Services. If accepted, it would not only allow the state to have great operational control of its Medicaid program but would also reward good financial stewardship with a percentage of shared savings being returned to the program.

"We're encouraged about the opportunity we have as a state to do something we think is going to significantly, positively impact both the TennCare population that we currently serve and really be positive for the state as a whole," said Gov. Lee.

Whereas a traditional block grant awards a set amount to a state, the hybrid approach proposed by Tennessee would allow for per capita increases as enrollment increases and account for inflationary projections each year for core medical services. The modified block grant excludes administrative costs, the uncompensated care payments to hospitals that is supported by an annual hospital assessment, prescription drugs that will continue to be covered as they are now with a state match to federal dollars, costs for dual eligibles and services currently carved out of the TennCare waiver.

The difference between what TennCare spends and what CMS projects would have been spent if TennCare was a traditional state Medicaid program ... known as the budget neutrality cap ... is the amount of shared savings. That pool of saved dollars would be split at an agreed upon percentage (Tennessee has requested a 50/50 split) between the federal government and the state.

While the governor was hesitant to put a dollar amount on the shared savings that might be returned to Tennessee before CMS has responded to the plan or agreed upon a percentage split, it could be as much as $1 billion that the state could then reinvest in enhanced services and programming to address not only healthcare but also proactively address prevention and health.

With the modified block grant proposed, Gov. Lee noted, "We think we have crafted a waiver that is going to really mitigate the risks that Tennesseans have but actually give us an opportunity to benefit from the efficiencies."

He added the federal government recognizes the effectiveness of the TennCare program and is interested in incentivizing programs that save taxpayer dollars while providing quality care as a model for other states. "We think it's really good for Tennessee, but it's also a win for the federal government," Gov. Lee continued.

Although it's possible TennCare rolls might eventually expand to a larger population (think years down the road), the administration was quick to say that isn't what this proposal addresses. Its focus is specifically on better serving those who qualify for TennCare under current rules.

However, by potentially using shared savings to reinvest in community programming that promotes health and prevention, a larger sector of the population could see some residual benefit. Rural health transformation is a priority. Additionally, having more flexibility with demonstration projects might allow the state to more quickly identify best practice interventions that could then be replicated by other payers and providers outside of TennCare, as well.

A 30-day public comment period is underway and will end on Oct. 18, 2019. Those who wish to submit points of consideration may do so by emailing comments to: public.notice.tenncare@tn.gov or mailing written comments to Gabe Roberts, Director, Division of TennCare, 310 Great Circle Rd., Nashville 37243.

By statute, the state's modified block grant proposal must be submitted to CMS by Nov. 20, 2019. If an agreement on the submitted waiver is reached between CMS and Tennessee, then it must go back to the General Assembly for approval prior to implementation.

Links to additional information on the state's proposal to CMS are available for review at NashvilleMedicalNews.com.