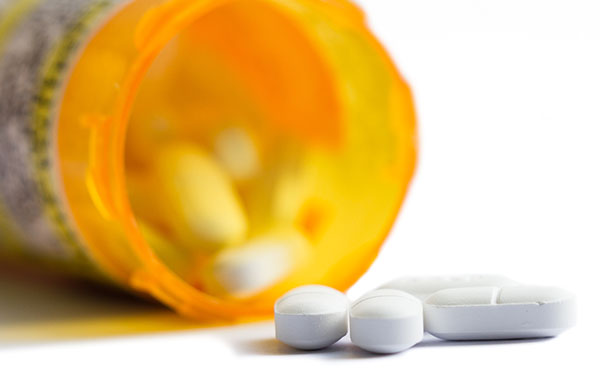 TN Together to Fight Addiction through Three-Pronged Attack

According to information released from the governor's office, Haslam's FY 18-19 budget proposal will include a $30 million investment in state and federal funds to support the new initiative, which is expected to top the governor's legislative agenda this session. TN Together was designed in partnership with the General Assembly through the Ad Hoc Opioid Abuse Task Force established by Speaker Beth Harwell and chaired by Speaker Pro Tem Curtis Johnson, alongside a working group established by Haslam. 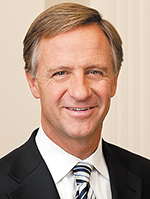 "This is a crisis that knows no boundaries and impacts many Tennesseans regardless of race, income, gender or age. Our approach will be aggressive with provisions to limit the supply of opioids and significant state and federal dollars to provide treatment to those in need," Haslam said. "I applaud the collaboration and the considerable work of the House and Senate on the TN Together plan, as well as the judicial branch's leadership through the Regional Judicial Opioid Initiative and National Opioid Task Force, and I ask all stakeholders around this issue to work together to achieve real reform and action that will save lives."

Major components of the plan (see box) call for legislatively mandated limits to the duration and dosage of opioid prescriptions with "reasonable exceptions," more education about risks and addiction for both the general public and healthcare providers, investment in treatment and recovery services, additional resources to address illicit sales and trafficking of opioids, more beds dedicated to prisoners fighting addiction, and equipping every Tennessee state trooper with naloxone.

Tennessee Medical Association 2017-18 President Nita Shumaker, MD, said physicians look forward to getting more details on the TN Together plan and actively participating in the legislative and regulatory process.

"Our priority within the medical community has been ... and still is ... prescriber education and prevention of substance abuse disorder. We have made some progress in reducing initial opioid prescriptions but still have a long way to go," she said. "We must continue to promote alternative pain management treatments that do not involve opioids while ensuring that treatments are covered by health insurance."

She continued, "We do need to reduce supply and dosage, particularly for new patients and acute episodes like the hospital ER. At the same time, we want to make sure that any law(s) limiting physicians' ability to prescribe have reasonable exceptions to continue giving relief to patients in legitimate need, such as chronic pain, oncology or hospice patients."

Shumaker said physicians have led the charge toward safer and more appropriate prescribing patterns over the last several years. She noted physicians and other prescribers should follow the Centers for Disease Control and Prevention chronic pain guidelines, continue to champion consistent use of the Tennessee Controlled Substance Monitoring Database, encourage screening prior to therapy, reduce the number of opioids supplied as appropriate, and educate patients about risks, safe storage and proper disposal so unused drugs don't fall in the wrong hands. (For additional thoughts from Shumaker on the opioid crisis, see the September 2017 article "Taking the Bull by the Horns" online at NashvilleMedicalNews.com.)

She added TMA is on record calling for more funding for drug treatment programs. "Tennesseans need more access to comprehensive, affordable programs that go beyond detox and offer more effective long-term results, especially for low-income people. It is important that funding is available for community support services after treatment, as well."

Centerstone CEO Bob Vero, EdD, who oversees the national behavioral healthcare organization's Tennessee-based operations, added his support for the new initiative. "Centerstone applauds Governor Haslam for his strong commitment to helping Tennesseans combat this deadly opioid crisis that is impacting individuals, families and communities across our state," he said.

"TN Together sends a clear message - there is no single, simple solution," Vero continued. "Our approach must minimally address strategies and sufficient resources for prevention, treatment and law enforcement. It's time for greater collaboration and cooperation. It's an all-hands-on-deck call to implement strategies that will help save lives."

Bringing Eye Health into Focus in 2020

A recent survey reveals most Americans have key gaps in knowledge of eye health.