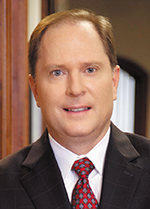 The MSSP, which launched in 2013, now has more than 450 ACOs serving more than 10 million Medicare beneficiaries. Each year, the Centers for Medicare and Medicaid Services (CMS) give participating ACOs a spending benchmark and a list of quality parameters. Those who spend under the benchmark while attaining or exceeding quality expectations receive a share of the savings.

For the 2017 program year, that totaled $1.1 billion in gross savings. While CMS shared $780 million with qualifying ACOs, the program still saw a net gain of more than $314 million in savings - a significant increase over 2016 when the overall program actually lost money because CMS paid out more in bonuses than it generated in savings.

The news of demonstrable savings in 2017 is particularly of interest since CMS recently proposed moving ACOs to risk-based contracts more quickly, citing losses in 2015 and 2016 as a major reason. Currently, the vast majority of participants get the benefit of shared savings without financial risk if they fail to meet the benchmarks. The latest figures, however, not only found more ACOs achieved savings in 2017 compared to 2016 but that those with more experience tend to improve performance over time.

Locally, Saint Thomas Health and Ascension Care Management (which started life as MissionPoint Health Partners) are an example of having the benefit of experience. Among the first ACOs in the country, Saint Thomas Health announced their partnership saved CMS $7.8 million in Tennessee in 2017 while exceeding quality expectations.

"It is our best year, yet," noted Tim Adams, president and CEO of Saint Thomas Health and ministry market executive for Ascension Tennessee. "Our ACO consists of approximately 40,000 Medicare beneficiaries. Over the five years, we've lowered the Medicare spend by $30 million."

Echoing the findings of the latest MSSP report, Adams said he thought experience played an important role in the continued improvement of financial performance and outcomes. He noted it takes time to put processes in place, gain traction in systems, and see patient education take root and flourish.

The idea of working across the continuum to achieve healthcare's triple aim of better outcomes, increased patient satisfaction and decreased cost was appealing to Saint Thomas Health and Ascension from the beginning. "The concept was one our national ministry embraced and felt like that was where our industry was going and what we needed to be doing for patients in terms of care and cost." He added the work pioneered with the ACO in Middle Tennessee has been replicated across Ascension markets.

"We're constantly measuring the quality and compliance of our members through software platforms," Adams said. He noted providers routinely screen for depression and other behavioral, environmental and social factors that play an important role in determining health and wellness. "All those things we focus on ... when you look at them holistically ... provide long term, sustainable, better health."

Not only is the goal to lower readmissions but to lower all admissions by caring for members more effectively in an outpatient setting. He noted the shift meant chipping away at what has traditionally been a health system's core business. However, he continued, rethinking delivery is both necessary and the right thing to do.

"We recognize we have to find a way to lower healthcare costs," Adams said. "The current year-over-year increase in healthcare cost is simply unsustainable. I'm proud to be part of a national health system that understands where we need to go despite its implications to our current business model."

Adams concluded, "We want to move from being provider-centered to person-centered ... measuring success not in number of patients we see but in the health outcomes and value we deliver."