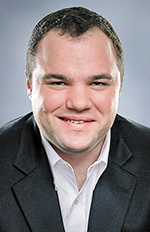 Nashville-based data analytics company IQuity recently received a $320,000 grant from the National Institute on Aging (NIA), part of the National Institutes of Health (NIH). The company - which utilizes data to predict, detect and monitor chronic disease - will build upon its diagnostic expertise to try to identify Alzheimer's at an earlier point in the disease's progression.

To date, IQuity has focused its research exclusively on autoimmune and related diseases, including multiple sclerosis, fibromyalgia syndrome and inflammatory bowel disease. The new grant will allow the company to expand its focus to include Alzheimer's disease and apply its genomic expertise to develop new diagnostic tools to help providers identify the disease early.

As part of its research activity for the award, IQuity will use its new machine learning-based data mining and analytics platform - which analyzes many types of information, including genomic datasets, claims data and electronic medical records - to predict and detect Alzheimer's. IQuity launched its analytics platform in July.

"This grant is a significant validation of the promise our genomics research and data analytics capabilities holds for people suffering from this debilitating disease," said IQuity CEO Chase Spurlock, PhD. "IQuity's advances in RNA testing and data science have great potential to create predictive diagnostic tools that will lead to an earlier diagnosis of Alzheimer's. New therapies that emerge for Alzheimer's will be most effective when administered early, which is difficult with today's diagnostic approach."

Alzheimer's is the sixth leading cause of death in the U.S., with 5.7 million people suffering from the disease. The Alzheimer's Association estimates the cost of healthcare and long-term care for individuals with Alzheimer's and dementias will total $277 billion in 2018.

"All of us at IQuity are excited and honored that the NIA and NIH support our approach to developing innovative technology that can facilitate early detection and treatment responses for people affected by Alzheimer's," said Spurlock. "We are proud to be part of a global community of researchers and data scientists who are committed to discovering new early detection methods, prevention plans, treatments and, hopefully, a cure for Alzheimer's."