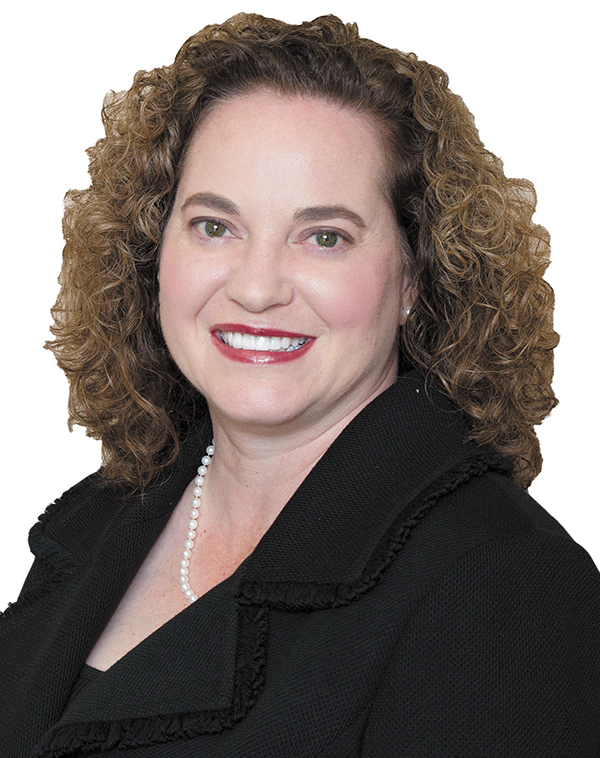 Mental Health America of the MidSouth

Jackie Cavnar began working as a candy striper in the rural, community hospital in her hometown of Greeneville, Tenn., when she was 14 years old. "Between my experiences there and watching the struggles my grandparents endured to access care, I knew that I wanted to be involved healthcare," she recalls. However, Cavnar was equally sure she didn't want to be a physician or nurse.

Luckily, the experience at her hometown hospital showed her other ways to make an impact. One of her earliest mentors was the hospital's CEO Gladys Duran. "First, this was the 1980s in rural, East Tennessee ... not many women in that community were executives," she said of her role model. "Second, she asked me herself to volunteer extra hours to work on special projects for her in the executive suite." Instead of her candy striper uniform, Duran encouraged Cavnar to wear business clothes. "She was my first, powerful influence of what it was like to be a woman in the executive world," Cavnar continued.

After graduating with a degree in communications from the University of Tennessee, Cavnar spent several years working in public relations at the corporate and agency level. Although she developed campaigns for a wide variety of industries, healthcare increasingly became her specialty.

While her daughter was young, Cavnar worked as a freelancer, which included serving in a development and communications role for Hospital Hospitality House. "It was then that I decided to go back and do the master's program

at Lipscomb University in Nonprofit and Healthcare Management," said Cavnar. She completed her MBA in 2006, putting her combined career and educational experience to work in healthcare.

Harkening back to her teenage desire to address access issues, Cavnar spent several years focused on rural health. Today, she and her colleagues work daily to connect those in need to behavioral health services throughout Tennessee.

"I like the problem-solving aspect - connecting people to resources and getting them the help they need," she noted. "The most challenging aspect for me is the occasion when I don't have the answer. Sometimes the issue is that the resource you need does not exist." Even more frustrating, said Cavnar, is when the resource does exist but can't be accessed because of money, time, transportation, lack of insurance or any of the other barriers separating patients from providers.

"We're making some progress on the stigma," she said of one major barrier, adding Mental Health America (MHA) does a lot of community education and school programming to address this issue. "People are talking more about the need to get help, and we've made some strides with parity." However, she continued, "The biggest stretch really is resources."

Whether addressing the needs of a community or a

family in crisis, Cavnar noted it's easy to overwhelm your audience. She said a former supervisor's favorite mantra

was: "Think of five things you wish to communicate and know that three of those things are too many." Cavnar added,

"That approach forces you to focus on the most important issues. If you're trying to capture someone's attention, quickly give them the nuggets." She added that once the key issues

are on the table and have been processed, there is time to introduce the other layers.

A related trap, she continued, is to go through every possible scenario to the point of being stuck. Remembering another sage piece of advice, she said sometimes you just have to make the best decision possible and move forward. Cavnar pointed out, that task gets much easier when you are surrounded by a team of trusted professionals. "They teach me something every day, and I hope that I provide them with the tools to do what they need to do to serve our communities."

When not advocating on behalf of mental health clients and providers, Cavnar loves spending quality time with family. She and husband Steve will celebrate their 25th anniversary

in the fall. Daughter Stephanie is now 22 and pursuing a graduate degree in Denver in the field of criminal justice after earning her undergraduate degree from the University of Alabama. A proud UT alum, Cavnar is quick to point the finger at Steve for their daughter's choice of alma mater. "Her daddy took her down there one day while I was traveling for business," she said with a laugh.

On a more serious note, Cavnar was happy her daughter made a decision that suited her best. Whether choosing a college or fighting for access to care, Cavnar said her goal is to empower people to become their own best advocate.