Judge Rules Against AHA on 340B Cuts 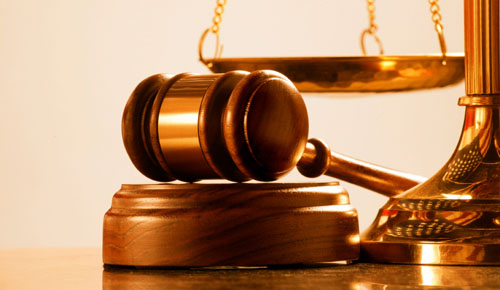 As 2017 wound down, a federal judge ruled the timing wasn't right for the American Hospital Association's lawsuit against the Centers for Medicare & Medicaid Services. The district judge ruled CMS may move forward with $1.6 billion in planned cuts to the 340B federal drug discount program and that the American Hospital Association and other plaintiffs must wait until those cuts have actually gone into effect to launch a legal challenge.

Citing the lawsuit filed on Nov. 13 as premature, U.S. District Judge Rudolph Contreras said the court concluded the suit lacks subject matter jurisdiction because "Plaintiffs have failed to present any claim to the Secretary for final decision as required by 42 U.S.C. § 405(g)."

"For the foregoing reasons, Defendants' Motion to Dismiss (ECF No. 17) is GRANTED; Plaintiffs' Motion for a Preliminary Injunction (ECF No. 2) is DENIED AS MOOT; and the Motion for Leave to File Brief as Amici Curiae (ECF No. 19) is DENIED," the written decision concluded. The written 16-page decision is available here.

The American Hospital Association released the following response to the decision, noting they would continue to pursue legal action to reverse cuts to 340B hospitals:

WASHINGTON, DC (December 29, 2017) - Today, the American Hospital Association (AHA), the Association of American Medical Colleges (AAMC) and America's Essential Hospitals said they will continue to pursue the lawsuit following a district court decision granting the government's motion to dismiss it. The lawsuit sought to prevent Medicare payment cuts starting next month for many hospitals in the 340B Drug Pricing Program. The court's ruling was that the lawsuit was premature, but did not rule on the merits of the claim.

Last month, the three hospital groups sued the U.S. Department of Health and Human Services (HHS) in the U.S. District Court for the District of Columbia to prevent these cuts from starting on January 1, 2018. The three hospital associations were joined in the suit by hospital plaintiffs: Eastern Maine Healthcare Systems, in Brewer, Maine; Henry Ford Health System, in Detroit; and Park Ridge Health, in Hendersonville, North Carolina, part of Adventist Health System.

The lawsuit argues that the 340B provisions of the Centers for Medicare & Medicaid Services' (CMS) outpatient prospective payment system (OPPS) final rule violate the law and, therefore, should be set aside under the Administrative Procedure Act as unlawful and in excess of the HHS Secretary's statutory authority. The court's decision gives the groups an opportunity to refile the lawsuit once the cuts go into effect. CMS in the final rule reduces by nearly 30 percent, or $1.6 billion, Medicare payments to certain hospitals for outpatient drugs purchased under the 340B program.

For 25 years, the 340B program has enabled hospitals and other organizations that care for communities with low-income and uninsured patients to purchase certain outpatient drugs from pharmaceutical manufacturers at discounted prices. The program allows participating hospitals to use the savings to provide an expanded range of comprehensive health services to their local communities, such as increased access to care, clinical pharmacy services, community outreach programs, free vaccines and transportation to follow-up appointments. The 340B program constitutes less than 2.8 percent of the $457 billion in annual U.S. drug purchases.

"For 25 years, the 340B Drug Savings Program has played a vital role in helping hospitals stretch scarce federal resources to expand and enhance patient services and access to care without any cost to the government," said Rick Pollack, AHA's president and CEO. "Making cuts to the program, like those CMS has put forward, will dramatically threaten access to health care for many communities with vulnerable patients. We are disappointed in this decision from the court and will continue our efforts in the Courts and the Congress to reverse these significant cuts to the 340B program."

"The court's decision, while not ruling on the merits, still permits CMS to make drastic cuts to safety net hospitals that participate in the 340B program, which allows teaching hospitals to strengthen care for low-income, rural, and other underserved patients. As a result, institutions will have greater difficulty maintaining critical services that vulnerable patients often cannot access elsewhere," said Darrell G. Kirch, MD, president and CEO of the AAMC. "The fact remains that the CMS rule is bad policy. We are committed to reversing this flawed policy to ensure patients continue to receive the vital services supported through the 340B program."

"We're disappointed by the court's decision, but undeterred in our efforts to protect low-income patients and their essential hospitals," said Bruce Siegel, MD, MPH, president and CEO of America's Essential Hospitals. "This terrible policy threatens access to care in our most underserved communities and undermines hospitals on which millions of Americans depend. It must not move forward."

For additional information, a copy of the complaint and decision can be found by visiting http://www.aha.org/advocacy-issues/legal/litigation.shtml.