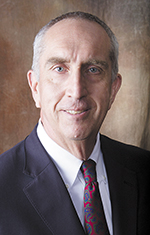 Buck spoke of key components making up the regulatory puzzle impacting debt and medical bill collection. The majority of the pieces of this ARM puzzle are designed to protect consumers from overly aggressive, strong-arm tactics. However, Buck noted that in putting those protections in place, there are now an abundance of restrictions that impact how debt is collected and stiff penalties for missteps in handling those communications.

"People just need to be aware of the regulations that are there currently and coming down the pike and how that affects healthcare and their relationship with us," Buck said of the need for providers to take steps to stay in compliance with collection regulations alongside the ARM industry.

In 1977, the Fair Debt Collection Practices Act (FDCPA) was enacted, and its major purpose was to eliminate abusive collection practices. Buck said this law really got the ball rolling in terms of imposing a range of restrictions and disclosure requirements. The law also set out to protect debt collectors who work in a fair, non-abusive manner from being competitively disadvantaged.

Since then, there have been a host of other laws and agencies that dictate consumer practices and debt collection. Buck said the Consumer Financial Protection Bureau (CFPB), which was enacted after the 2008 financial crisis and is an outgrowth of the Dodd-Frank Act of 2010, has had one of the biggest impacts on how debt is collected and has increasingly focused on medical debt. However, he noted, Dodd-Frank rules and specifically the CFPB are in the crosshairs of Republican lawmakers who would like to significantly scale back the regulations and CFPB power. The U.S. House has already passed a measure to do that, but the bill faces a bigger hurdle in the Senate.

All of these pieces of legislation and court rulings are especially important today with the healthcare industry facing increased scrutiny. Buck said the CFPB began accepting debt collection complaints in July 2013. By the following December, the CFPB conducted a field hearing on medical debt collection and credit reporting. In June 2015, they took the first major action against a medical debt collection agency, levying a hefty fine and penalties. Of note is that after they finished with the revenue cycle company, they turned to the hospital client. "Reviews allow the agency to follow a trail ... they want to get back to the point of origination," explained Buck. "They do a deep dive in your business."

The Telephone Consumer Protection Act (TCPA) adds yet another layer of regulations. Part of the law monitors the use of an automated telephone dialing system to reach consumers. While there are healthcare exceptions - including appointment reminders, pre-operative instructions, prescription notifications, and several other items - that are exempt from TCPA consumer consent requirements, many communications fall under the regulations. Ultimately, all calls outside of the exemptions either must be manually dialed or the provider must have express consent at every appointment to reach patients or have their vendors do so on their behalf.

While Buck said providers are focused on the clinical side of healthcare, as they should be, he also said it was important to understand the restrictions in place that dictate what can and cannot be done in an effort to collect medical debt. For example, he said, the Foti legal case fundamentally changed the way a message could be left on a voicemail. "By leaving a message that discloses you are a debt collector, you violate that person's privacy," said Buck of the court decision ... but not identifying yourself as a debt collector violates other federal regulations. "It's to the point that if we leave a message today, it's about a 45-second message," he continued. "A lot of us in this industry have quit leaving messages."

In addition to federal regulations, Buck said more restrictions have been imposed by states. Buck noted the FDCPA has advised that where state laws are more restrictive than federal law, the state law prevails. "You're going to see state attorney generals take a more active role," he said, adding the National Association of Attorneys General meet regularly to discuss consumer protections.

A recent example, he continued, is Utah's new law that requires a healthcare practitioner trying to collect on a past due bill to send out a certified letter, registered letter or text before the patient could be turned over to collection. Additionally, providers who opt to use text to communicate the required elements of the past due notice must also adhere to the federal TCPA rules.

A new proposed rule would require debt collectors to 'substantiate' debt before beginning collection activities and to respond to any 'specific warning signs' that the account information is inaccurate or incomplete. "We're only as good as the data you send us," Buck told the audience. Incorrect addresses and contact information put collection firms at liability of sending a notice to the wrong person.

Buck encouraged providers not to be shy about asking questions about specific policies and procedures as part of their vendor oversight due diligence. "I'm not trying to scare anybody, but you need to be aware," he concluded.