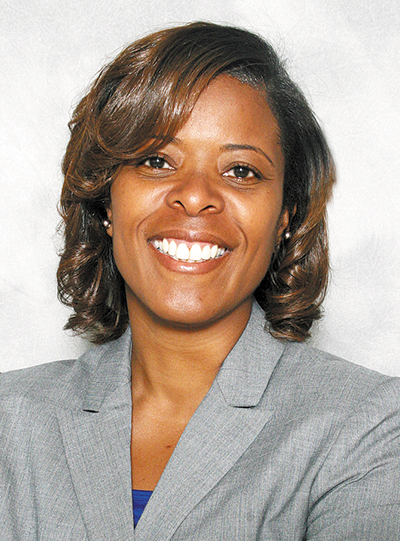 Raised in Chicago, Katina Beard headed south for college at Tennessee State University. A student in the College of Business, she struggled to pin down a major that really ignited her interest ... until she discovered healthcare administration and planning.

"I enjoyed learning about the establishment of the first hospitals and how public coverage systems, like Medicaid and Medicare, came into existence," she recalled "I had an instructor, Dr. Ernest Rhodes, that spoke about the health center movement, and the work that had been done in Mound Bayou, Miss.," Beard continued. "Little did I know I would one day be working for an organization whose founder was part of this movement."

The more she learned, the more she realized healthcare extended beyond the walls of the hospital or local health department. Internships at the Veteran's Administration and later at Matthew Walker solidified her desire to serve the underserved and often overlooked. "Matthew Walker Comprehensive Health Center is part of a national system of 1,400 sister clinics that together take care of 28 million people, regardless of their ability to pay," Beard noted.

She was first introduced to MWCHC during a gap year between completing her undergraduate degree and starting a master's program at Meharry. Working as an agency temp, Beard wound up with an assignment at the Federally Qualified Health Center. During graduate school, she reconnected with contacts she had met while a temp and never looked back. "From 1996 onwards, I've worked in some capacity at Matthew Walker," she said.

Just as Beard was finishing her master's degree in public health, Michelle B. Marrs arrived as the new chief executive officer of MWCHC. Marrs set the young grad student's career on a trajectory that would lead to Beard taking the reins at the organization nearly two decades after she first walked through the doors as a temp.

"This is why the Lord doesn't show you everything at once ... you wouldn't be ready for it," Beard said with a laugh.

Finishing her master's in 1998, Beard was just excited to be tapped for a senior management position in operations by the new CEO. "I was 25 years old. It was the first time I was ever salaried in my life. I think I still have the check stub," Beard said with a grin.

In her new position, she oversaw everything from a computer conversion to the ground-up construction of today's flagship facility on 14th Avenue. When facility management threatened to burn Beard out, Marrs had her learn to write grants.

"She allowed me to do a lot. I think that's why I've stayed here all these years ... I've been able to recreate myself for the benefit of the organization," Beard reflected. "(She) poured into me professionally and personally, showing that I can be a working mother and serve my community."

As CEO, Beard said all those different experiences have given her perspective and empathy. "I'm passionate about showing the community that Matthew Walker Health Center is here for the 'group win.'" She added that too often people and organizations focus winners and losers. "I want people to know that we are here to walk with them through their work and ours." Her favorite part of the job is rolling out a new program that just clicks and makes lives better. "It's the global dynamics of what this organization means - not just to healthcare but to society as a whole."

Beard noted she can't help but smile at the 'new' ideas around patient-centered care, value-based delivery and addressing social determinants. "The work that is now 'state-of-the-art' is how we've been doing things for 55 years," she noted of the FQHC model. Yet, she continued, it's exciting to see more people come to the table to address challenges. "Until we get rid of poverty and disparities, we will always have inequities," she said of barriers to health and well-being.

Her personal well-being comes from time spent with her husband, Michael, and their two children - daughter Makayla, 16, and son Kendall, 12. "We, like most families, are too busy but can't figure out how to stop. So, I'm focused on spending time together and not taking for granted the small moments."

While her superpower might be the ability to help people see issues from another point of view, Beard admits to a secret wish. "My desired superpower is teleportation ... well, because traffic is a mess," she laughed. For this busy wife, mother, and nonprofit executive, any minute saved is one that can be poured back into family and community.