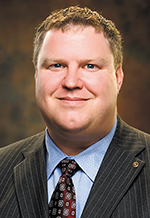 Scott Mertie, president of Kraft Healthcare Consulting, an affiliate of KraftCPAS, has joined the Saint Thomas Health Foundation's board of directors where he will serve on the investment committee. Saint Thomas Health Foundation is focused on providing access to essential health services to everyone in the Middle Tennessee community, particularly uninsured and underinsured.

An organizing session by the recently formed Enhanced Recovery After Cardiac Surgery (ERACS), titled ERACS: Best Practices, Cost-Effective Initiative took place in Boston and featured a consortium of forward-thinking leaders in cardiac surgery. The select group - which included TriStar Centennial Heart and Vascular Institute cardiovascular surgeon Seenu Reddy, MD - joined together to address the need to standardize best practices in cardiac surgery as other specialties have done through their ERAS® (Enhanced Recovery After Surgery) programs. 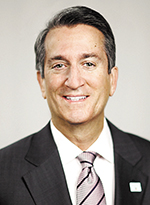 Last month, the Robert F. Kennedy Children's Action Corps presented Tivity CEO Donato Tramuto with the "Embracing the Legacy" award, which recognizes leaders who help improve the lives of children and their families. The award was presented to Tramuto for his body of philanthropic work, including founding Health eVillages, a company that brings healthcare to underserved populations in seven countries. 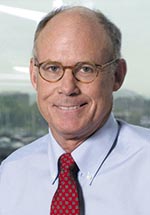 Vanderbilt University's Robert J. Coffey Jr., MD, has received an Outstanding Investigator Award from the National Cancer Institute (NCI) - more than $6.6 million over seven years - to support studies aimed at advancing the diagnosis and treatment of colorectal cancer. He is one of 27 researchers nationwide to receive one of the awards in the second round of the NCI program.

Last month, local anesthesiologist Jesse M. Ehrenfeld, MD, MPH, was introduced as an executive officer for the American Medical Association's 2017-2018 Board of Trustees in the office of secretary. Additionally, Kevin W. Williams, a former senior executive at General Motors from Nashville returns as the public member on the AMA Board.

Frost-Arnett was recently awarded the 2017 Torch Award for Ethical Commerce by the Better Business Bureau (BBB) of Middle Tennessee, in the 175+ employee category.

TriStar Centennial Medical Center CMO Divya Shroff, MD, a University of Missouri - Kansas City alumna, received the School of Medicine 2017 Take Wing Award. She was honored for her nationally recognized leadership in improving the quality and safety of patient care by merging medicine and technology.

Lipscomb University's graduate program in healthcare informatics has been ranked No. 11 in the nation by Healthcare Administration Degree Programs. Additionally, the university's College of Pharmacy became the first academic organization to join Nashville-based Hashed Health, which is leveraging blockchain and distributed ledger technologies to transform the healthcare industry.

In other news from Lipscomb University, Dale Alden, assistant professor of Psychology, was recently named to the Tennessee State Board of Examiners in Psychology by Governor Bill Haslam.