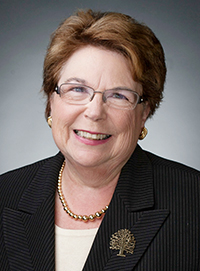 Linda D. Norman, DSN, R.N., FAAN, dean of the Vanderbilt University School of Nursing and Valere Potter Menefee Professor of Nursing, has been named ambassador for the Friends of the National Institute of Nursing Research (FNINR), an independent nonprofit organization that advocates for nursing science and its role in promoting the health and wellbeing of Americans. The dean was one of 15 nurse leaders selected nationally for their abilities to advance public, health profession and policy-maker awareness of the National Institute for Nursing Research's agenda. The ambassadors focus on working with congressional leaders and educating them on the high-impact, cost-effective treatments and quality-of-life developments generated by nursing science. The group's ultimate goal is to expand funding to ensure training of nurse scientists. 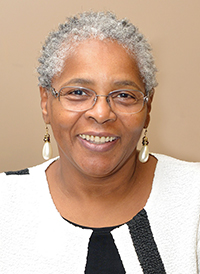 Altha Stewart, MD, associate professor of psychiatry and director of the Center for Health in Justice Involved Youth at the University of Tennessee Health Science Center (UTHSC), is the new president-elect of the American Psychiatric Association (APA). She is the first African American to lead the more than 37,000-member organization, which sets policy, establishes practice guidelines, and represents the field of psychiatry nationally and internationally. Stewart, who is also chief of Social and Community Psychiatry at UTHSC, will serve as president-elect beginning in May, and will assume the role of president in May 2018.

Nashville Vascular and Vein Institute, PLLC (NVAVI) was recently awarded three out of three stars from the Society for Vascular Surgery Patient Safety Organization. NVAVI is the only vascular surgery practice in Middle Tennessee full participating in the Vascular Quality Initiative. In 2016, there were 324 centers in the United States eligible for VQI Participation Awards. Of the 194 surgical practices recognized, only 40 received three stars, 71 received two stars, and 83 received one star. 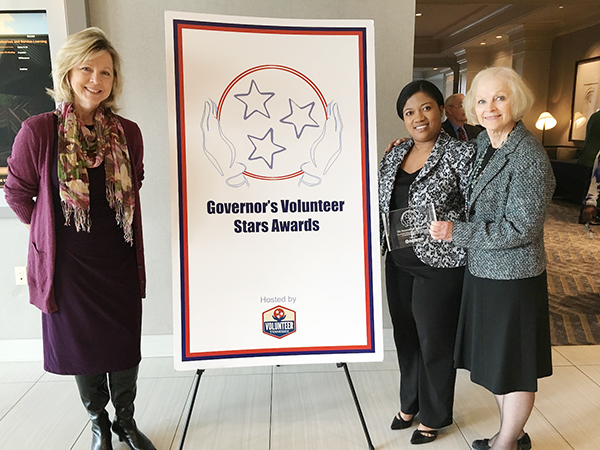 The Heimerdinger Foundation, a nonprofit organization providing nutrient-rich meals and education at no charge to families facing cancer, was recently named the Middle Tennessee Nonprofit Honoree of the 9th Annual Governor's Volunteer Stars Awards. Held February 12 at the Franklin Marriott Cool Springs, the event recognized three nonprofit organizations from across the state, three business honorees, and 84 individual honorees from 52 counties.

The Tennessee Medical Association is training 16 physicians representing a variety of specialties from across the state through its 2017 Physician Leadership Lab. Four Nashville-area physicians were selected for the 2017 class: Johnetta Blakely, MD (Hermitage), Jack Erter, MD (Nashville), and Dianna Shipley, MD (Gallatin) are all affiliated with Tennessee Oncology, and Jessica Ruff, MD (Nashville) is a preventive medicine specialist with Meharry.

The Oncology Nursing Society has awarded Tennessee Oncology the 2017 Large Employer Recognition Award. This annual award honors an employer for outstanding support for registered nurses working in oncology. In excess of 2,000 entries were received for this recognition at more than 225 ONS Chapters. Tennessee Oncology will be recognized at the ONS Annual Congress in Denver this May. 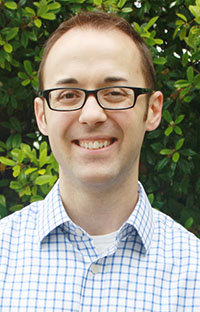 Adam Graham, LPC/MHSP, program manager of Diversion Services at Mental Health Cooperative, recently had two proposals accepted for presentation to the American Association of Suicidology conference in Phoenix in April. He will be presenting "How to Eat an Elephant: Tennessee's Implementation of the Zero Suicide Initiative" and "The Opposite of Suicide" theory paper.

Brentwood-based WPC Healthcare, a leading provider of data science solutions, has received the Global Annual Achievement award for Best Use of Artificial Intelligence in Food, Health and Medicine from Awards.AI. WPC was recognized for its work in developing the Sepsis Index through the company's Condition Awareness Platform, which leverages artificial intelligence to effectively treat sepsis by identifying it early. 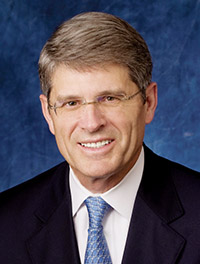 LifePoint Health Chairman and CEO William F. Carpenter III has been named to the Board of Trustees of the American Hospital Association, which is the policymaking body of the AHA and has ultimate authority for the governance and management of its direction and finances.

Jordan A. Stivers, an attorney in the Nashville office of Bradley Arant Boult Cummings LLP, has recently earned the Certified Information Privacy Professional (CIPP/US) credential in the United States through the International Association of Privacy Professionals (IAPP).