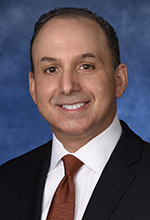 "I am delighted that Anthony and Ford have joined LifePoint's development team," said Evan Keyser, senior vice president (SVP) and chief development officer for the organization. "Their diversified experiences are a valuable addition to an already strong team, and their expertise will be complementary to our continued efforts to support LifePoint's strategic growth initiatives. The addition of these two seasoned professionals allows us to hone our focus on the needs of the organization as we consider investments in and around our existing markets and explore entries into new markets."

In his role, Belott will work closely with division and individual market leadership to identify and execute acquisition and joint venture transactions that complement and enhance the services we provide our communities.

Belott joins LifePoint with a nearly 20-year record of strategic planning and growth opportunity sourcing and execution. He most recently served as chief development officer for CleanSlate Centers, Inc. where he was instrumental in expanding the company's treatment center footprint from 14 centers in two states to 83 centers in 11 states. Prior to that, he served in several other development leadership roles, including as SVP, business development for DSI Renal's (now U.S. Renal Care) Eastern Division and VP, business development for U.S. HealthWorks (now Concentra). He is also a former executive vice president of Liberty Dialysis, which was acquired by Fresenius Medical Care in 2012. He received his bachelor's degree in economics from The University of Pennsylvania's Wharton School in Philadelphia, and his MBA from the UCLA Anderson School of Management in Los Angeles, California. 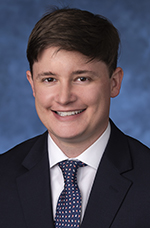 In his role, Charman is responsible for sourcing, evaluating and executing transactions and partnerships that support LifePoint's strategic growth priorities outside of its traditional service line footprints.

He joins the organization following a nearly eight-year tenure with Citigroup Global Markets in New York, where he filled several roles in the Global Healthcare Investment Banking Group - most recently as VP. During his time with Citigroup, he served in financial and strategic advisory capacities to several marquee healthcare services companies and investors. He holds a Bachelor of Arts with a concentration in economics from Hamilton College in Clinton, New York.