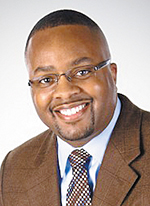 Eight years after the launch of the state's first Men's Health Report Card, males in Tennessee are making notable strides in key markers including cardiac health.

First released in 2010, this fourth edition of the Men's Health Report Card continues to distinguish Tennessee as the only state in the U.S. that has regularly published a report card to guide the planning, implementation and evaluation of programs and policies to improve men's health. The team also produced a six-minute video for their website that provides diverse perspectives on the state of men's health and examples of statewide initiatives aimed at improvement.

"The general patterns were what we expected, but it was really good to see heart disease mortality rates finally improving," said report chair Derek M. Griffith, PhD, director of the Center for Research on Men's Health and professor of Medicine, Health, & Society at Vanderbilt University. "We're excited to see a lot of the initiatives within the state seeming to bear some fruit."

Griffith also attributes success to secondary factors including economic improvements, improved high school graduation rates, and better access to community colleges and post-secondary education. "While it's difficult to make a direct link, these things do have an affect on health when you consider the financial and job stressors related to opportunities," he said. "As a state, we're doing pretty well, and that's contributing to why we're seeing improvements."

Overall and for black and white men, heart disease, cancer (overall and colorectal, lung and prostate), stroke, motor vehicle accidents, and AIDS mortality rates improved between 2005 and 2015 but did not meet or exceed the national Healthy People 2020 goal. However, death rates from heart attacks in Tennessee improved and were lower (better) than the national Healthy People 2020 goal. Griffith credits improvements to advances in distribution of access to care.

"Initiatives have been undertaken by the state health department and related partners to increase awareness around men's health initiatives including signs and symptoms, prevention and education around healthier lifestyles," Griffith said. "We're teaching men to pay attention to things like hypertension, diet, sleep patterns and stress, all of which can affect heart disease."

While heart disease and cancer remain leading causes of death among Tennessee men, overall improvements were seen in both groups. Deaths attributed to suicide, homicide and chronic liver disease remained consistent, while those linked to unintentional injuries (not including motor vehicle accidents) and accidental poisoning from drug overdose and other biological substances were worse.

The report also saw a slight improvement in mental health, although numbers still prove concerning overall. Statewide, men claim to experience bad mental health an average of 12.2 days out of 30, down from 14-plus days in earlier studies. Griffith encouraged clinicians to be more proactive in identifying signs of depression in men, whose symptoms often differ from women's.

"If you're expecting a man to say, 'Yes, I'm sad and depressed,' it's not going to happen," said Griffith. "Talk to those close to them and find out if they're more on edge, grumpy or quick to outbursts, as those can be important signs of depression we don't tend to focus on as much." 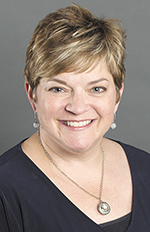 Deputy Medical Director Michelle Fiscus, MD, FAAP, of the Tennessee Department of Health Division of Family Health and Wellness, said the state has seen positive results from programs designed to help patients manage diabetes and other chronic diseases, with a focus on prevention.

"Our hope is to engage everyone, including men, in being more proactive about their health," said Fiscus. "We want to make access to those programs more readily available to prevent or slow the development of chronic disease and improve outcomes."

State initiatives include Tennessee's Tobacco QuitLine, which provides support to Tennesseans who want to kick the habit. The free service has historically reported quit rates that outpace the national average. According to the report, Tennessee saw a five percent reduction in smokers, although smokeless tobacco users increased nearly two percent.

Fiscus said the report also addressed the tendency of men to wait until a problem is intolerable to seek medical attention - an ongoing struggle for physicians nationwide. "This study confirmed a lot of what we intuitively know, as far as men not actively seeking out healthcare," she said. "That's a difficult thing to try to change because it's the culture that's developed over time."

Fiscus said that men - particularly those in a disparate population - are more likely to seek out preventative care when family members and physicians engage in intentional conversations. "Doctors might need to say, 'If you're not going to do it for yourself, do it for your family,'" Fiscus said.

She encouraged clinicians to make an intentional effort to engage men in conversation and to speak to family members when necessary. "For some men, having someone to give them a nudge and take that initiative on their behalf may be very helpful," she said. "We have to get the message out that men's health is important and not let men ignore screenings because they may be afraid of discomfort or results. We know the best choice is early detection and prevention, and that can add a significant amount of time to their lives."

Center for Research on Men's Health