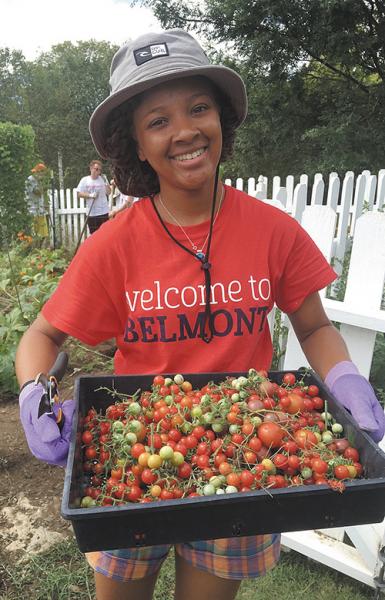 In 2011, beloved Tennessee Titans coach Mike Heimerdinger was diagnosed with a rare form of cancer that ultimately claimed his life. During his battle, his wife Kathie recognized how vitally important it was for both of them to eat nutritious meals. Yet, rounds of treatments and appointments ... not to mention the stress of just trying to manage each day ... made it really difficult to plan, shop for, and prepare healthy meals. 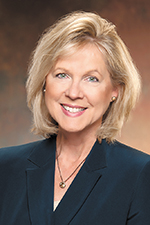 "Her experience led her to search for how cancer patients are fed and nourished during treatment," explained Katharine Ray, executive director of the Heimerdinger Foundation.

What she found was a cookbook from the Ceres Community Project of Sebastopol, Calif. Kathie Heimerdinger learned the program in the Sonoma Valley created meals to nourish the critically ill and to empower teens. After a site visit, she invited the founder of Ceres to come to Nashville to help formulate a similar model to serve residents of Davidson and Williamson counties.

"In January of 2013, Kathie and a handful of volunteers prepared and served their first meal to a cancer patient," said Ray.

That first meal was made in the kitchen at Calvary United Methodist Church. Now in its fifth year, the program is still using that same kitchen, but the volume has increased considerably. "We are currently preparing and serving close to 500 meals every week," Ray noted.

She continued, "It's amazing how much growth the program has had. By the end of 2016, we were serving more than four times the number served at the end of 2013."

Each week, volunteers create eight dishes per person for about 60 individuals ... both cancer patients and their caretakers. Ray said a typical bag would include two to three healthy organic proteins like chicken or salmon, grain proteins including quinoa and millet, organic vegetables and rich, leafy greens. "We prepare, every week, a mineral broth that is rich in vitamins and minerals," Ray outlined, noting the recipe for the broth and several other nutrient-dense meals are located on the website under the 'Resources' tab. "We are patterned after Ceres, and they have done a great deal of research," she said of menu selection, adding the organization also follows recommendations from the American Institute of Cancer Research. 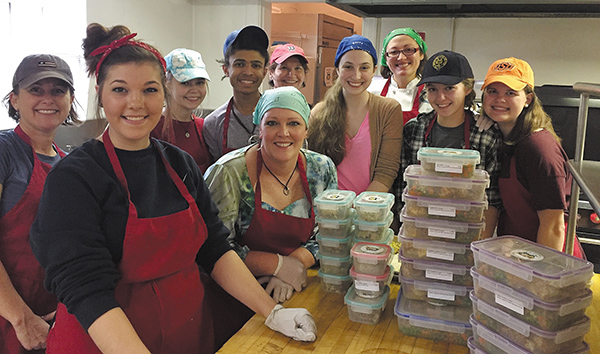 In addition to use of the kitchen, the church has also allowed the program to establish its own organic garden on the property. "They are an incredible partner, and we're so appreciative," Ray said of Calvary UMC and other community partners including Whole Foods, Bloomsbury, Herban Market and Delvin Farms.

"Volunteers are really the engine behind this organization," she continued. With the addition of a volunteer coordinator, Meals 4 Health and Healing reaches out to churches and schools to find willing hands. Ray added, "Word of mouth is getting out about this Nashville treasure."

The mission of the organization is two-fold. "We really want to help people who are in crisis who have less access to good, nutritious food," Ray said of the main goal. 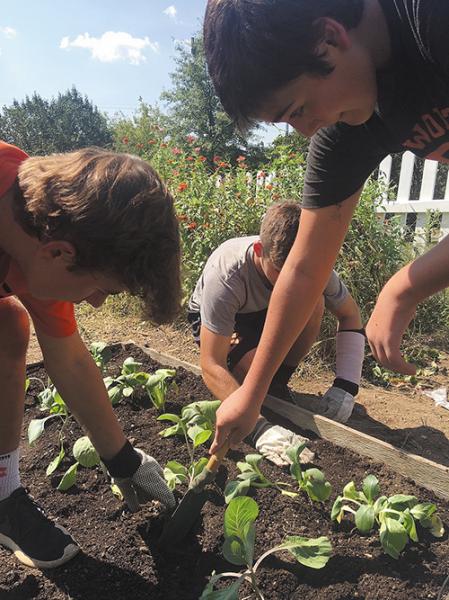 The second part of the mission is tied to primary and secondary prevention and a desire to help individuals establish and sustain good eating habits. "We want people to embrace this philosophy that food is medicine," she noted. "We're really trying to create change for a healthy diet moving forward."

Meals 4 Health and Healing not only hopes to make a change in those touched by cancer but also to impact and educate the many young volunteers who work with them to instill lifelong eating habits that promote health. To that end, the program's garden also serves as a great teaching tool. "It's that full cycle from seed to table," Ray said. "The program is really multilevel. We're teaching the next generation about good nutrition and the beauty of giving back to someone who needs help ... probably more help than they've ever needed in their life."

The program is open to residents of Williamson or Davidson counties in cancer treatment and their caregivers or family. Meals for the first 12 weeks are free of charge. There is an option to continue receiving meals for weeks 13-24 at a small weekly fee per person. 'Delivery angels' pick meals up at the church on Wednesdays and distribute to clients throughout the two counties, and each meal bag also includes a thoughtful note.

"Our clients really feel like they are supported by a loving, caring community, said Ray. "We like to think this program supports cancer patients during the acute phase of their diagnosis, but it can change someone's perspective for life and really make a difference in their survivorship, too."

To volunteer, email volunteer@hfmeals.org. If you have patients who might be in need of meals, they can email clients@hfmeals.org. The website also has answers to some of the most frequently asked questions.