New Take on an Old Disease 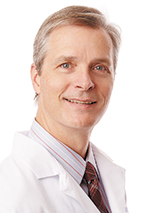 The Saint Thomas Lung Cancer and Thoracic Center is redefining the treatment of lung cancer. Their multidisciplinary approach brings together specialists from multiple fields to treat each patient's cancer individually, while low-dose CT lung scans can detect problems long before symptoms start.

It's an initiative that thoracic surgical oncologist John Howington, MD, FACS, FCCP, said grew from the desire to revolutionize treatment of lung cancer patients while bringing together the most knowledgeable personnel possible.

"We wanted to change how these patients receive treatment, and we have thoracic surgeons who have a special focus on lung cancer and who are well trained in minimally invasive surgery and diagnosing nodules," Howington said.

Specialized expertise means 98 percent of procedures done through the center utilize minimally invasive scopes, which results in less pain and shorter hospital stays for the patient. Saint Thomas pulmonologists are experienced in navigational bronchoscopy and endobronchial ultrasound to add to the minimally invasive diagnosis and work up of lung cancer patients.

The need for dedicated care for this growing population resulted from a January 2015 decision in which Medicare agreed to pay for lung cancer screenings. "They listed specific criteria for who's eligible, and there are more patients at high risk being screened than ever before," said Howington, who has seen a 20 percent increase in screenings since last year. "This resulted in a concentrated focus on the disease and an increased need to communicate with primary care providers about lung cancer risks in the senior population so that they can have that discussion with their patients."

Through the center, Saint Thomas pulmonologists and surgeons also partner with medical oncologists to provide patients with access to clinical trials locally and nationally. Enrollment is currently underway for stage three and advanced stage lung cancers.

To attack lung cancer on the front end, Saint Thomas works with the American Lung Association and the American Cancer Society in referring patients for smoking cessation. As immediate past president of the CHEST Foundation, Howington also contributes his efforts to the ALA's peer reviewed patient education materials and staffing hotline and Tobacco Free America.

Statistics are promising, with less than 20 percent of Americans still considered smokers (although Tennessee's rates are higher than the national average). Still, the aging baby boomer population means cancer is being diagnosed more often in the elderly, with a median patient age of 70.

"While incidence per 100,000 is going down, prevalence is actually going up," said Howington. That sobering fact has driven him to visit classrooms and high schools to discuss tobacco use and smoking cessation. "The concerning thing is that between 2000 and 2010 there was an increase in smoking among teen women, which is related to appetite suppression," he said.

Another hot topic among today's youth is vaping, or e-cigarettes, often considered harmless. Howington said the devices wreak the same havoc on the cardiovascular system as traditional cigarettes and that the hydrocarbons produced in the vaping process are too new to understand their long-term effects. In general, it takes 20 years after the introduction of a carcinogen before cancer starts developing.

And while more of the aging population is being screened, Howington said there's room for improvement in screenings among Medicare eligible patients.

"One thing required is shared decision making with their healthcare provider," he said. "We work within the system to make it easier for patients to meet with their doctor and talk about testing. They know someone with expertise is following up on them and helping; it's not just a screening and you're done."

He also encourages providers to talk openly to their patients about their fears and risks. "Patients need to know that not every nodule turns out to be cancer, and that there's hope."