News of Note in Ophthalmology 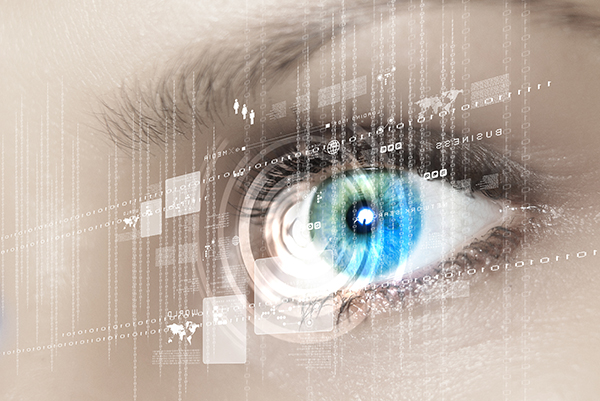 Last December, the Food and Drug Administration unanimously approved a new gene therapy to treat a rare cause of inherited blindness. Delivered via subretinal injection, the treatment is designated for adults and children with confirmed biallelic RPE65 mutation-associated retinal dystrophy, which can lead to blindness.

Luxturna (voretigene neparvovec-rzyl) by Spark Therapeutics delivers a normal copy of the RPE65 gene directly to retinal cells, which then begin producing the normal protein that converts light into an electrical signal in the retina and restores vision loss. Luxturna uses a naturally occurring adeno-associated virus, which has been modified using recombinant DNA techniques, to deliver the normal RPE65 gene to the retinal cells.

At the announcement, FDA Commissioner Scott Gottlieb, MD, said "Today's approval marks another first in the field of gene therapy -- both in how the therapy works and in expanding the use of gene therapy beyond the treatment of cancer to the treatment of vision loss -- and this milestone reinforces the potential of this breakthrough approach in treating a wide-range of challenging diseases. The culmination of decades of research has resulted in three gene therapy approvals this year for patients with serious and rare diseases. I believe gene therapy will become a mainstay in treating, and maybe curing, many of our most devastating and intractable illnesses."

While this specific RPE65 mutation impacts between 1,000 to 2,000 patients in the United States, there is a broad spectrum of inherited retinal dystrophies that result from mutation to any of the more than 220 genes associated with various conditions. The hope is additional gene therapies will be developed to address other forms of inherited vision loss.

Gottlieb stated, "We're at a turning point when it comes to this novel form of therapy and at the FDA, we're focused on establishing the right policy framework to capitalize on this scientific opening." Luxturna received Orphan Drug designation, and the therapy was approved under Priority Review and Breakthrough Therapy status, which are designed to get novel treatments through the pipeline more rapidly.

For patients with confirmed biallelic RPE65 mutation-associated retinal dystrophy, a cause of Leber congenital amaurosis (LCA), vision loss typically starts in infancy and progressing to complete blindness. With Luxturna, billions of modified viruses are injected into both eyes. The FDA approval noted Luxturna should only be given to patients who still have viable retinal cells as determined by a treating physician.

Efficacy of the therapy was demonstrated among patients ages 4 to 44 with the primary evidence coming from a Phase 3 study that utilized an obstacle course bathed in varying light levels to measure improvement over baseline in the ability to navigate the course in those receiving active treatment.

Data from the first randomized, controlled, Phase 3 study showed that 27 of 29 treated patients (93 percent) experienced meaningful improvements in their vision, enough that they could navigate a maze in low to moderate light. They also showed improvement in light sensitivity and peripheral vision, which are two visual deficits these patients experience.

While treatment didn't restore normal vision, patients were able to see shapes and light, which allowed them to get navigate without a cane or a guide dog. Although it is unclear how long the treatment will last, most patients had maintained their improvement at the two-year mark. Eye redness, cataract, increased intraocular pressure and retinal tear were the most common adverse reactions with the treatment. 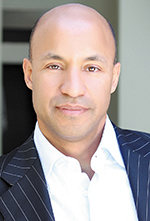 Toyos - who founded the Toyos Clinics in Nashville, Franklin, Memphis and Southaven, Miss., alongside his wife and business partner Melissa Toyos, MD - earned his undergraduate and master's degrees from the University of California, Berkley and his medical degree from the University of Illinois. He completed his internship in internal medicine at Illinois Masonic Hospital in Chicago and his ophthalmology residency at Northwestern University and Chicago Children's Hospital.

The son of Hispanic immigrants, Toyos spent time as a high school teacher prior to medical school, winning the National Teaching Award from Columbia University for his science curriculum development for at-risk students. With his background in medicine, research and entrepreneurship, Toyos has penned several blogs regarding his vision for healthcare system reform and thoughts on the expansion of HSAs to address access issues.

Lynn owns and/or operates more than 90 Visionworks locations in offices in Kentucky, Georgia, Missouri, Tennessee, Mississippi and Indiana. "Nashville and the surrounding area has been a great market for us so far, and we're looking forward to servicing more patients in this area." said Lynn.

In the aftermath of the West African Ebola epidemic that killed more than 11,000 people, a significant number of survivors have faced eye inflammation and vision loss caused by the virus. Currently, survivors with vision issues have limited access to specialists and treatments that could reduce swelling and might suppress viral growth.

In an effort to meet that need, Vanderbilt is partnering with the Liberian College of Physicians and Surgeons to develop a new, fully accredited ophthalmology residency training program and to build institutional, as well as research, capacity at the University of Liberia's A.M. Dogliotti College of Medicine in the capital city of Monrovia.

"This grant will provide critical ophthalmic training in an underdeveloped part of the world that has proven to be highly vulnerable to the devastating effects of eye disease," noted Paul Sternberg Jr., MD, director of VEI and chief medical officer for Vanderbilt University Medical Center (VUMC)

The program will be supported by a PEER grant (Partnership for Enhanced Engagement in Research), which is implemented by the National Academies of Science, Engineering and Medicine.