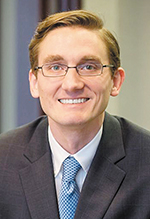 Intended to address the persistent problem of balance billing patients for the costs of services of facilities and providers who are not in their health plan network -- often with no prior notice -- the "No Surprises Act" was signed into law in December 2020 with an effective date of Jan. 1, 2022.

While that's good news for Tennessee residents covered by the federal legislation, additional state legislation will be required to cover all Tennesseans, including those with no health insurance coverage. To that end, new surprise billing legislation was recently introduced in the Tennessee General Assembly (the "State Legislation"). If passed, the State Legislation would take effect in 2023, one year after the No Surprises Act.

Following is an overview of the situation the No Surprises Act (the "Act") seeks to address, the anticipated ramifications of the Act, and issues to consider as the regulations are developed, as well as some differences between the Act and the State Legislation.

The Act seeks to address "surprise billing," which occurs when a patient receives an unexpected bill after obtaining services from an out-of-network provider at an in-network facility. A typical example might be a patient having surgery at a hospital participating in his or her health plan's network while the anesthesiologist and pathologist who provided services as part of the surgery do not. In this situation, patients are often surprised to learn that all of the services are not in-network and that they are expected to pay the difference between the providers' fees and their health plan's out-of-network rates.

The Act is the first comprehensive effort to address surprise billing at the federal level, and it affects health plans, hospitals, physicians and air ambulance transportation companies. The Act requires federal agencies like the Department of Health and Human Services and the Department of Labor to write regulations that further define the Act's requirements, and some of these regulations must be published as soon as July 1, 2021. Although the full scope of the regulatory scheme will not be known until final regulations are published, the Act itself makes it clear that healthcare providers, insurers and self-insured health plan sponsors should be ready to address budgetary, operational and administrative changes in the near future.

The Act is an attempt to address issues related to surprise billing, but the government must provide more guidance to enable affected parties to comply with the Act by Jan. 1, 2022. For their part, providers, insurers, health plan sponsors and others should continue to monitor activities related to the regulations and rollout of the Act. Among other things, interested parties will have an opportunity to submit comments to the proposed regulations following the publication of the Notice of Proposed Rule Making.

Nate Lykins is an associate in Waller's Healthcare Practice. Located in the firm's Nashville office, he works with providers on the regulatory aspects of healthcare transactions, as well as compliance with federal and state healthcare regulations impacting operations. For more information, go to wallerlaw.com.