Op Ed: We Can and Must Do Better - Together 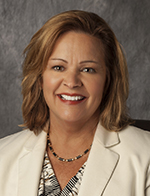 This year, Congress has worked hard to craft solutions to real challenges being experienced in the healthcare marketplace. The fact is that in many states the individual insurance market needs to offer more health plan options at lower cost for Tennesseans. We need Congress to act now.

Throughout this debate, Ascension Tennessee has sought to be a voice for our patients by calling on Congress to pass legislation that meets three simple principles: (1) Preserve the safety net for those who are poor and vulnerable and continue the progress to assure access to affordable healthcare for all; (2) Strengthen and stabilize the individual market because a vibrant and sustainable individual and small group market is essential to a successful, equitable healthcare system; and (3) Provide sufficient resources to continue proactively to transform the financing for the delivery of care to one that is value-based rather than volume-based because that is the key to lowering healthcare costs over the long run. Over the last several months, I have talked with members of Congress and their staffs to communicate these three principles and to encourage them to craft legislation that achieves them. Unfortunately, the discussion draft of the Better Care Reconciliation Act of 2017 [BCRA] released by the Senate last Thursday falls short of achieving these three goals.

That said, I want to commend the Senate for some things it did well in this discussion draft. The Senate tried to make sure that individuals with pre-existing conditions are not charged significantly more for health care coverage. The Senate also moves toward a fairer tax credit than the House for older Americans who must buy insurance on the individual market. Americans closer to retirement will still have to pay significantly more than they do now because of the change in age rating bands, but the Senate will be more generous than the House in the amount of the tax credits provided to older Americans. The Senate also proposed waiving an outdated Medicaid exclusion for inpatient treatment of those with addiction, which is sorely needed. I commend them for these efforts to improve on the House of Representatives' proposal and in some cases current law.

Unfortunately, BCRA fails to meet our reform goals for legislation because it would result in even deeper cuts to Medicaid than the House version and put the care for millions of poor and vulnerable children, parents, adults, Americans with disabilities and the elderly at risk. The bill would cap and cut Medicaid at a rate far below the actual cost growth, especially in the years after 2026. In fact, it is the biggest restructuring of the Medicaid program in 40 years, which would impact the very people who need care the most. According to our estimates, this bill will cut $4.4 billion dollars from Tennessee's Medicaid program over the next decade and will likely force millions of people off of Medicaid coverage. We must do better than this.

The draft bill as written would also further destabilize the individual insurance market because it removes the incentive of continuous coverage that had been included in the House bill. States that have laws guaranteeing issue of insurance without at least a strong legal incentive for continuous coverage have seen losses of coverage and a severe deterioration in the insurance market that results in spiraling premiums. The Senate has diagnosed significant problems in the individual market but is prescribing the wrong medicine to address them.

Thankfully, the Senate bill is a work in progress. I urge the Senate to do three things in order to address the crucial issues facing healthcare while "doing no harm":

I urge the Senate to continue working to develop a viable short term and long term proposal that preserves coverage, strengthens and stabilizes the individual market and continues the transformation of healthcare delivery to improve quality and lower costs.