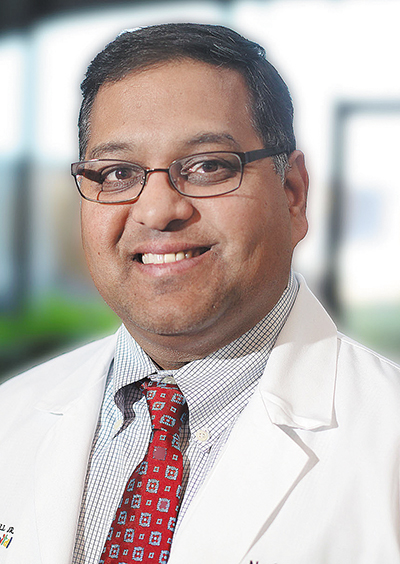 There is sometimes a disconnect between overworked clinicians and tech-loving IT departments. That's not the case at Vanderbilt University Medical Center, however, where Chief Information Officer, HealthIT Neal Patel, MD, MPH, is bridging the space between medicine and technology.

As a resident at CHLA, Patel discovered an aptitude for analyzing clinical workflow data and was as soon called upon to help lead changes in response to a failed order entry system. "As a resident, a newly appointed leader of informatics asked me the question: 'What would it take for you residents to use this system?'" Patel recalled. "That was my first experience as a clinical voice in the IT world; and from that point forward, I became a liaison between the two."

In his role as clinical systems liaison - a 1990's precursor to today's CIO - Patel worked to translate systems between the two departments. "I'm not very technically oriented, but what I do know is what will work and not work in a clinical workflow, and I was able to articulate that across the divide," he said. "I was the guy who would go down to the IT guys and explain that," Patel added with a laugh.

Following his training at CHLA, Patel attended an electronic health records (EHR) conference in Nashville and read about opportunities at VUMC. He joined the Vanderbilt Department of Pediatrics in the Division of Pediatric Critical Care and Anesthesia in 1997. Passionate about working with patients in the ICU, his new colleagues soon discovered his tech skills, as well. Before long, he was appointed co-chair of the Information Systems Design Committee within the larger process of planning and designing the freestanding Monroe Carrell Jr. Children's Hospital at Vanderbilt.

His clinical workflow knowledge was put to use in other areas, as well. "I was able to play a key role and work with the Informatics Department here as they developed a homegrown EHR system," Patel said. "I've been able to leverage the same skill sets as in the ICU, because it's not about one person but the team working together. I was able to help coordinate multiple moving parts and break complex problems into workable solutions to deal with a chunk at a time."

As CIO for VUMC's 4,500-plus clinicians and thousands of clinical support staff, Patel said the biggest hurdle is managing expectations in technology. "In the last 10 years, I've had to transition from getting doctors to say - 'I'm going to change my habits and rely on technology' - because now we're in the realm of, 'I want to use technology, but there are regulatory, compliance or privacy restrictions to take into account,'" he explained.

"What we're trying to do is to balance those different moving parts and provide the most seamless experience we can," Patel said. "The pressure on physicians today just continues to rise. While technology has become a ubiquitous part of normal life, the level of ease with which we use it in everyday life can't be matched in a healthcare setting because there are so many different drivers."

In addition, IT constraints aren't always understood by today's front line physicians who sometimes view tech changes as cumbersome and unnecessary in a world where they are already tasked with trying to keep up with documentation, billing and compliance. When system changes are driven by a single factor, without consideration to clinical viewpoints, providers often feel those changes have been thrust upon them. The key to success, Patel said, comes down to the core essentials of listening and trying to understand frustrations, opinions and fears of the other side.

"Instead of classifying someone as difficult, listen and try to reach a compromise to move the ball," he said. "Sometimes we just assume someone is wanting to disagree and that they don't understand us ... but if we work to understand the other side, we can move forward. The best part of my job is helping different team members see things from another person's point of view."

Among VUMC's more recent IT hurdles was transition to the Epic EHR system. The process began in 2014 and went live across VUMC in 2017, with the platform now being adopted by radiology and cardiology systems. It's just one of 400 applications managed by VUMC's nearly 500 HealthIT employees and now warrants Patel's full time attention, as well.

Following his November 2018 appointment to CIO, Patel made the decision to forgo clinical practice to focus completely on his new role. "It was a bittersweet decision, because critical care and working with patients in the ICU is my first passion," Patel said. "I came to the point where I couldn't do both and felt like we had built an incredible unit that I was proud to have been a part of for 22 years."

So what's next for the CIO? Patel said the department is focused on stabilizing systems and leveraging EHRs, along with emerging artificial intelligence technology. "We don't just want to put in systems," he said. "We want systems that help us streamline and deliver better patient care."