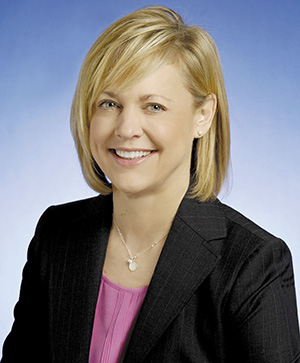 Nashville's recently appointed director of health might be new to the office, but she's anything but new to Middle Tennessee. In March, the Metro Public Health Department announced the selection of Wendy Long, MD, MPH, former director of the state's TennCare program, to lead the city's health efforts.

A native of northeastern Ohio, Long was drawn to the sciences and inspired by high school teachers who motivated her to want to learn more. She received her Bachelor of Science in microbiology from Ohio State University, where she became the first in her family to graduate college.

As a student at Ohio State University College of Medicine, Long developed an interest in health policy but was unsure what that would look like from a career standpoint. That all changed during her third year of medical school, when her world was shaken by the sudden death of her 48-year-old father from heart disease.

"For most students, third year is when you're trying to decide on a specialty, and the experience with my father helped me see that, as much as I appreciated and admired those who cared for him after his heart attack, it was entirely preventable from a lifestyle standpoint," she said. "That crystallized for me that I wanted to be someone working on the front end to prevent other families from having to experience a similar loss."

Long did her research and later left Ohio for the University of South Carolina, where she completed her preventive medicine residency and received her master's in public health.

Following residency, Long joined the Tennessee Department of Health as a medical consultant for maternal and child health. In the years that followed, she held a variety of positions of increasing responsibility, culminating in her appointment in 1999 as assistant commissioner.

In 2004, Long left the Department of Health to become the chief medical officer for TennCare, the state's Medicaid program. She went on to serve as TennCare's deputy director and chief of staff, and in 2016, Long was appointed director and CEO, overseeing health policy for the state's 1.4 million TennCare enrollees.

"Working with public policy at the state level and on such a large scale meant I could go home at night feeling like I was making a positive difference, but typically my view of that difference was through charts and graphs and spreadsheets," she said.

Her new transition to serve as Nashville's director of health was a tough decision, but it came from a desire to get back to grassroots efforts at a community level. "In public health, what we've very much recognized over the years is that we can't achieve our population health goals without addressing issues related to social determinants of health - from housing, transportation and daycare needs to the impact of the opioid epidemic," she said. "These are all issues best addressed at a local level by working with community partners, and I really wanted to regain that connection."

Since her arrival in March, Long has been immersed in learning about the diverse programs and services offered through the Metro Public Health Department, managing a staff of more than 500 in four locations, visiting outlying clinics, and meeting with community partners and local healthcare officials. It's groundwork she hopes will help guide department strategies and priorities moving forward.

The Health Department's multiple responsibilities include regulation of restaurants and public pools, operation of Metro Animal Care and Control, and direct care delivery through community clinics. "As director it makes for an interesting situation," she said, "because we operate so many programs ... with many different funding sources ... so we're always trying to make sure we live up to the responsibilities that come with the funds while not inadvertently creating silos."

Of course, oversight of population health is the cornerstone of the large organization. "Our mission is to protect and improve the health of residents in Davidson County, so one priority is making sure we continue to be vigilant and agile when it comes to responding to public health threats," she said, noting recent outbreaks of measles and hepatitis A. In fact, city officials confirmed in April that 198 cases of Hep-A had been reported in Nashville since December 2017, as part of a recent multi-state uptick in cases.

Long also hopes to work closely with area physicians to address disparities in child health. In Davidson County, the infant mortality rate is three times higher among the city's black population than found in the white population. "When you see these inequities, it highlights the need to make sure we're using our resources in a way that acknowledges and appropriately responds to such disparities," she said.

The Health Department interacts with more than 50 percent of the births in Davidson County through the Women, Infants, and Children (WIC) program, which provides access to healthy foods, nutrition counseling and breastfeeding support. In addition, school nursing, school-based dental sealants, childhood immunizations and home visiting services are some of the other child health programs offered through the Health Department that also offer points of contact with children and their families.

"I hope my legacy will be that we have worked effectively with community partners to offer every child in Nashville the best possible opportunity for a healthy future," Long concluded.