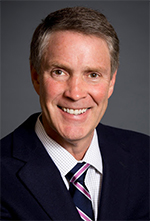 "I am pleased that our federal Congressional leadership has made the critically-important move to raise the legal age to purchase tobacco and e-cigarette products from 18 to 21," said NashvilleHealth Founder and Board Chair Sen. Bill Frist, MD. "Now, I encourage our state's leaders to take the necessary steps to smartly implement this federal law and protect Tennessee's youth."

According to a 2019 statewide poll, nearly 80 percent of Tennessee voters said they are concerned about vaping and the use of e-cigarettes among young people in the state. More than 60 percent of Tennesseans support increasing the minimum age for tobacco sales from 18 to 21, and 86 percent believe vaping products and e-cigarettes should be included. 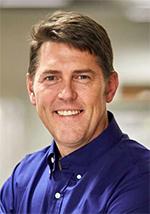 "Tennessee is currently ranked 43rd in life expectancy with a very high presence of heart disease, COPD, cancer and stroke compared to other states," said Sen. Shane Reeves, PharmD (R-14). "Increasing the purchase age to 21 will have a dramatic impact on those disease states over the next couple of decades." 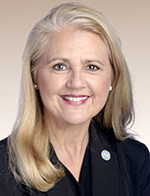 A former critical care and transplant nurse, Rep. Robin Smith (R-26) said, "The very concentrated forms of nicotine available via electronic cigarettes are quickly ensnaring teens and young adults. This bill works to establish an enforcement mechanism of the federal law that protects against addictions."

Nearly 95 percent of adults who smoke began before the age of 21. In Tennessee, teen use of e-cigarettes has doubled in the past two years, and more than 20 percent of high school students report smoking cigarettes or cigars or using smokeless tobacco or electronic vapor products in the last 30 days.

According to the Centers for Disease Control, nicotine, the addictive substance in tobacco, e-cigarette and vape products, can harm adolescent brain development, specifically the parts of the brain that control attention, learning, mood, and impulse control. Using nicotine in adolescence may also increase risk for future addiction to other drugs.