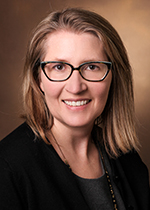 A "secret shopper" study published in JAMA Network Open in 2020 used trained actors trying to get into treatment for opioid use disorder in 10 U.S. states. More than 10,000 unique "patients" were randomly assigned to be pregnant or non-pregnant and have private or Medicaid-based insurance to assess differences in the experiences of access.

The results revealed many challenges in scheduling a first-time appointment to receive medications for OUD, including finding a provider who takes insurance rather than cash. Access to treatment was even more difficult for women who are pregnant and have OUD, with pregnant women about 20% less likely to be accepted for treatment than nonpregnant women.

The trained actors provided nearly 18,000 comments describing what happened during calls, and pregnant callers and those with Medicaid documented the most barriers in obtaining an appointment. The qualitative study is published in Women's Health Issues.

"Even though these trained callers didn't actually have opioid use disorder, and even though they weren't desperately trying to get help for themselves and their baby, they still felt stigmatized during these calls," said lead author Julia Phillippi, PhD, CNM, assistant professor and academic director of the Nurse-Midwifery program at Vanderbilt University School of Nursing. "They often felt overwhelmed by emotion because of how they were treated, both good and bad. That really says something."

Many callers experienced less than welcoming, and often stigmatizing, responses from the person answering the phone. One secret shopper reported the receptionist said, "People usually don't show up to appointments because they decide they want to have one last hoorah on dope before coming."

Callers were often placed on hold or transferred repeatedly. One caller commented, "The wait time to speak with someone is crazy," while another said, "I told them I was seekingaddiction treatment and four months pregnant; they put me on the classic immediate hold."

Not all interactions were negative. One caller reported, "I would like to note that everyone I spoke with throughout the call, including the receptionist, was deeply empathetic, knowledgeable and helpful."

As the U.S. opioid crisis has grown, women have been increasingly affected. According to the National Center for Health Statistics, from 1999-2016 the rate of drug-related deaths among women jumped from 3.9 to 13.4 per thousand.

"We're setting record levels of overdose deaths in the U.S., very likely worsened by the COVID-19 pandemic," said Stephen Patrick, MD, director of the Center for Child Health Policy at Vanderbilt University School of Medicine, associate professor of Pediatrics and Health Policy and Vanderbilt University Medical Center neonatologist. "We know medications to treat opioid use disorder reduce the risk of overdose deaths for mom and increase the likelihood that the birth is going to go to term with a higher birth weight. We should make access to treatment easy, and certainly not harder."

The authors recommend interventions to improve access to OUD care for reproductive-age women, including increasing the number of clinics in the U.S. that provide MOUD regardless of pregnancy and insurance status; more training for clinic call-takers; and addressing the issue nationally through policy reform.