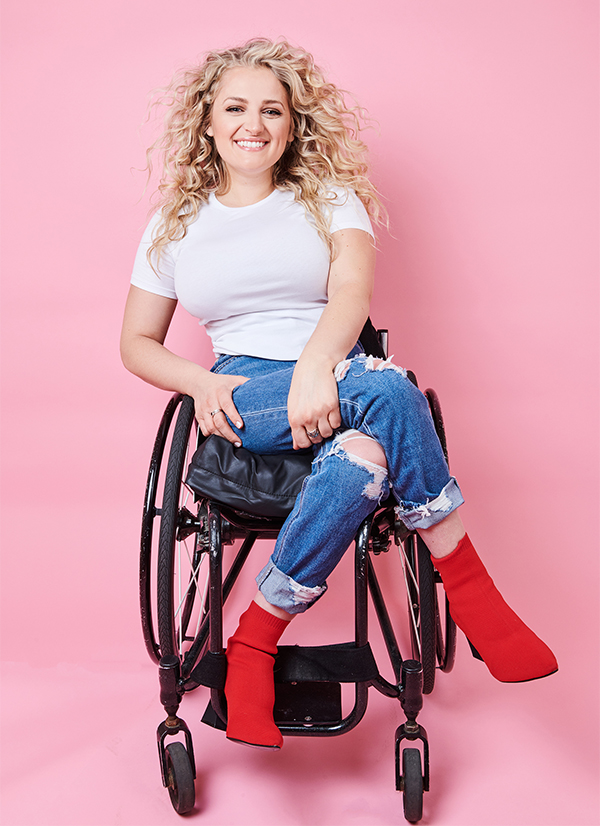 "Ali Stroker's story is so inspirational to anyone, but is uniquely incredible due to the adversity that she had to overcome to reach her dream of becoming not only an actress, but an award-winning Broadway actress. Her story of not letting a wheelchair limit her from being her best self is in full alignment with Siskin's work to support children with diverse abilities" said Siskin Children's Institute President and CEO, Derek Bullard.

Ali Stroker received the 2019 Tony Award for Best Featured Actress in a Musical for her role as 'Ado Annie' in Rodgers and Hammerstein's Oklahoma! In doing so, she became the first actor or actress in a wheelchair to win a Tony Award. Paralyzed from the chest down since age two, Ali has fought through overwhelming adversity. Despite often appearing on stages with limited accessibility, she has been a trailblazer in an industry that has been slow to embrace disabled performers.

Ali Stroker made history in 2015 as the first actress in a wheelchair to appear on Broadway when she originated the role of 'Anna' in Deaf West's acclaimed revival of Spring Awakening. She is also the first actress in a wheelchair to graduate from the NYU Tisch drama program. After graduating from Tisch, Stroker starred on 12 episodes of Oxygen's The Glee Project. She placed second in the competition and won a guest role on Fox's Glee. She then recurred in the Kyra Sedgwick ABC series, Ten Days in the Valley. She also guest starred on Fox's Lethal Weapon, CBS' Instinct and Comedy Central's Drunk History. She's performed her cabaret act at Green Room 42 and solo'ed at the Kennedy Center in Washington, DC, New York's Town Hall, Lincoln Center for the Performing Arts and Carnegie Hall.

A humanitarian and advocate, Stroker is a co-chair of Women Who Care, which supports United Cerebral Palsy of New York City. She's a founding member of Be More Heroic, an anti-bullying campaign that tours the country and connects with thousands of students each year. Her devotion to educating and inspiring others brought Stroker to South Africa with ARTS InsideOut, where she held theater workshops and classes for women and children affected by HIV and AIDS. Stroker's remarkable ability to improve the lives of others through the arts, whether disabled or not, is captured in her motto: "Making Your Limitations Your Opportunities."

"As a lover of all things Broadway, I was thrilled when Ali agreed to help us with our special spring event. She is an incredibly talented actress with a story of resilience, perseverance, and determination. Just as Siskin Children's Institute works to provide the best future for the kids we serve, Ali worked to show the world just how able she is and how big ones future can be" says Siskin Children's Institute Development Director, Steffanie Altman.

This will be an inspirational evening as Ali shares her story and performs virtually for her fans and supporters of Siskin Children's Institute. This event is public and there is no cost to attend, but you must register to receive a secure event link prior to April 22. For more details about Breaking Boundaries on Broadway with Ali Stroker or to register now, visit www.siskin.org/broadway.

This event would not be possible without the gracious support of our local business and media partners the Tennessean, Southeastern Salvage Home Emporium, First Horizon Foundation, SecurAmerica, and Nashville Parent Magazine.