Straight from the Heart 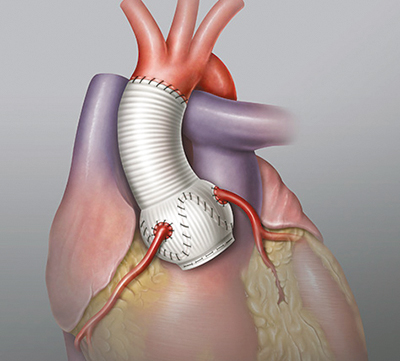 National Heart Month is typically ushered in with encouragement to know the warning signs of a heart attack. However, fewer patients are trained to understand signs of aortic dissection, a less common cardiac emergency that often proves fatal.

In aortic dissection, the blood pumped forcefully through the aorta can split the three layers of the artery wall, allowing a build-up of blood to continually leak into the space, which further splits the artery wall. While the condition only affects two to three patients per 10,000, notable dissection-related deaths including actor Alan Thicke (and previously John Ritter) have caused patients and providers alike to take notice of the dangerous condition. 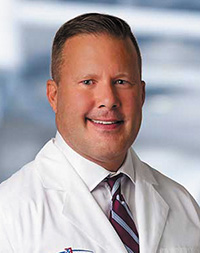 Grayson H. Wheatley, III, MD, a cardiovascular surgeon at TriStar Cardiovascular Surgery and director of Aortic and Endovascular Surgery at TriStar Centennial Medical Center, said busy medical centers like his typically treat four to 10 cases per month. "That's not an insignificant number when you look at the bigger picture," said Wheatley, who joined TriStar in 2016 to help develop their Aortic Center of Excellence. "It's a very complicated disease and not every hospital is ideally suited to take care of these patients, who often have to go to specialized centers to improve their chance of survival."

While education about aortic dissection has improved over the past decade, Wheatley said survival rate is difficult to estimate since many die at home, presumed to have suffered a heart attack. Of those who do make it to the hospital, survival rate is 50-80 percent depending on severity of the dissection.

A common blame for misdiagnosis is that symptoms can mimic those of a heart attack. "One of the challenges is that symptoms are vague, and we're all taught in school to look for left-sided chest pain that goes to the arm and neck," Wheatley said. "However, there are a multitude of different ways that these dissections occur and not all mimic a heart attack." The key distinguishing factor is that patients sometimes experience more pain in the back than the front and between the shoulder blades.

"There are also cases where there's no real deciding warning sign, like shortness of breath or worsening chest pressure," Wheatley said. "It can be difficult for a team to determine if it's a heart attack or aortic dissection, but we have protocols in place to figure that out."

Wheatley said today's cardiologists are better at training emergency and primary care providers about the warning signs of aortic dissection and that unfortunate cases like Thicke's help spread awareness. His "standard type A aortic dissection" was the most severe form of aortic rupture, which occurs next to the heart. 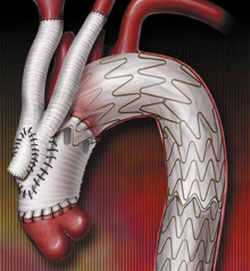 Wheatley also was part of the Arizona team that developed the less invasive hybrid arch procedure in 2005, and he is now training TriStar surgeons to do the same.

"The hybrid arch is significant because when patients have aortic arch, the problem affects blood flow to the brain," Wheatley explained. "Current surgical treatments are good. but some carry a risk of stroke because of the interruption of blood flow to the brain. This procedure has been grown over a number of years and is a less invasive and safer approach. I'm excited to bring it to the medical center and to the region in general."

Type A aortic dissection is believed to be more common than Type B, which can be just as complex as Type A but is typically managed using a different algorithm. That's because Type B dissections begin farther away from the heart and don't always require surgery. In fact, many patients are treated only with blood pressure medications, which attack the underlying cause of dissection.

Wheatley said a third of those patients eventually require surgery, which can be done through minimally invasive placement of an aortic stent. "For many patients, it seems so counterintuitive, and a lot of them have a hard time getting their heads around the fact that they have this dissection but don't need surgery," Wheatley said.

"There are likely thousands of individuals with Type B dissections walking around living normal, healthy, active lives and being treated with medications. It takes some time, but our bodies can sometimes heal up Type B dissections on their own."

A Partner to Providers

Wheatley encouraged providers to consider co-management of cardiac disease and stressed that referral to a specialist doesn't necessitate surgery. "Sometimes physicians have been reluctant to refer patients with aortic problem until they need surgery," he said. "That's the old paradigm. The new paradigm involves co-management, where we can partner with PCPs and educate patients and their families to help decrease anxiety."

He continued, "Our goal is not to pull patients away from their providers but to help physicians have an updated knowledge about what's going on with treatments. The bottom line is that there are new treatment options for patients with aortic dissections and aortic aneurysms, and the indications on who to treat are rapidly changing. We are here to help physicians and patients better understand those new indications and offer new, less-invasive options when possible."

PHOTOS: Headshot of Wheatley, illustrations of hybrid and of a root repair. Illustrations courtesy of Dr. Wheatley.

Hybrid Arch Caption: Using a combination of open surgery and endovascular procedures, hybrid arch repair is a less invasive approach to treat diseases of the aortic arch including aneurysms and dissections.

Root Repair Caption: Newer intricate surgical techniques have made valve-sparing aortic root replacement involving re-implantation of the native aortic valve into a prosthetic surgical graft to preserve the patient's own aortic valve tissue an option for some patients.