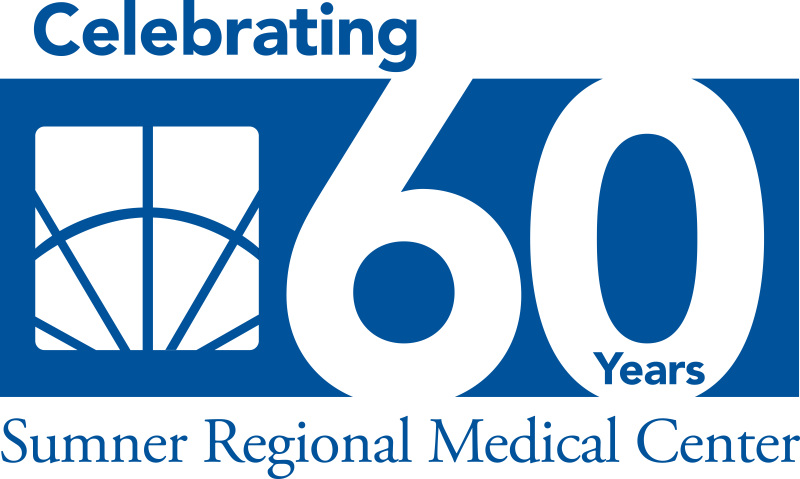 On December 1, 2019, Sumner Regional Medical Center will celebrate its 60th anniversary of serving Sumner County and surrounding communities. In the months leading up to the official anniversary date, the medical center is celebrating by looking back at its history, influential people and milestones.

The hospital, originally named Sumner County Memorial Hospital, first opened to the public on December 1, 1959. The work to open the county's first hospital began in 1957 when The Sumner County Hospital Commission was formed by the Sumner County Quarterly Court. That same year, the original hospital board was elected, and the group held their first meeting on June 23, 1958. The board hired John Deans as the first administrator of the hospital. Deans, who served as administrator from 1958-1967, voluntarily proposed a pay cut from his previous job in Winston-Salem, NC, just for the "challenge of starting a new hospital from the beginning."

The new hospital was funded largely by the Hill-Burton Act, along with state and county assistance. Sumner County contributed more than $270,000 to the first budget. Since that time, the hospital has operated independently of the county. On opening day, there were only 50 employees and 54 beds. However, by the end of the first year of operation, the hospital had admitted 1,585 patients, performed 440 operations, received 911 visits to the emergency room and welcomed 329 babies.

Tennessee Oncology, one of the largest providers of oncology care in the country, announced that Stephen Schleicher, MD, MBA has been appointed Chief Medical Officer (CMO) effective January 1, 2022.

A potential first-of-its-kind drug to treat the symptoms of Rett syndrome received positive top-line results from a phase 3 trial sponsored by Acadia Pharmaceuticals Inc. and led by investigators from Vanderbilt University Medical Center to evaluate efficacy and safety.

Vanderbilt Kennedy Center (VKC) researchers, as part of the Centers for Disease Control and Prevention (CDC) Autism and Developmental Disabilities Monitoring (ADDM) network, report an increase in the number of children in Tennessee with autism spectrum disorder (ASD).

Ascend Federal Credit Union announced it has donated $10,000 to the Tennessee Chapter of the Leukemia & Lymphoma Society (LLS) to support Light the Night.

Gene Discoveries Give New Hope to People Who Stutter

More than 2.5 million Americans have a chronic condition arising in early childhood that can negatively impact their education, job performance and employability well into adulthood.

Community Leaders Join Board of Middle Tennessee's Only Nonprofit Hospice

Bone and Joint Institute of Tennessee announced the opening of an orthopaedic urgent care and rehabilitation facility in Brentwood, located in Marketplace at Maryland Farms at 101 Creekside Crossing, Suite 1100.