Taking Telemedicine to the Next Level 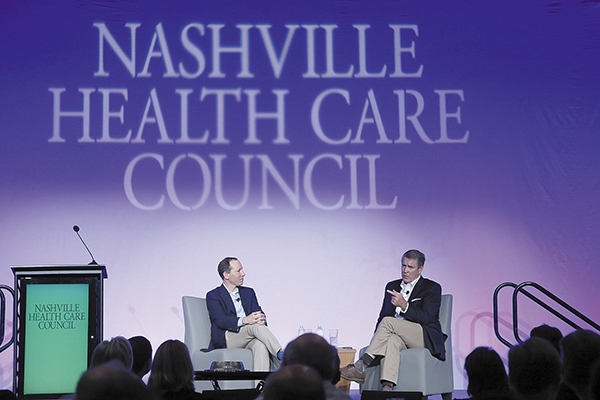 At the intersection of healthcare and technology, telemedicine continues to change the delivery landscape and is expected to attract 7 million patient users by 2018. Last month, Jason Gorevic, president and CEO of Teladoc, sat down with Sen. Bill Frist, MD, as part of a Nashville Health Care Council program to discuss the continued growth of this technology-enabled healthcare platform.

Launched with a mission to create a new kind of healthcare experience connecting patients and physicians, Gorevic said the value proposition is to shift the mindset from 'I'm sick. I need to go to the doctor' to 'I'm sick. What's the best way to get care?"

"We're not setting broken bones or suturing a laceration remotely," Gorevic said with a smile. However, he continued, "For the issues we see, 92 percent of our users get their medical issue resolved the first time without having to have a follow-up." 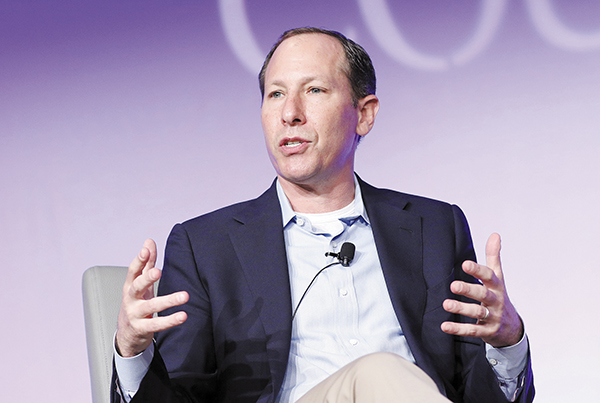 While telemedicine has long been looked at as an access solution, particularly for those living in rural areas, Gorevic said it also offers access in terms of convenience and off-hours care even in large metropolitan areas. "Fifty percent of our visits are nights, weekends or holidays when the doctor's office is closed," he said. Gorevic added after hours access to physicians through Teladoc and other virtual providers rather than through an Emergency Department also represents a significant cost savings for both the patient and the healthcare system.

One of the early criticisms, Gorevic noted, was a concern that telemedicine providers would get in the way of the continuity of care. However, he countered, "Being an integral part of the overall healthcare system is important to us. Increasingly, we're working with health systems to create an integrated experience."

He shared an anecdote from Teladoc's medical director for behavioral health. A board certified psychiatrist, she lived in a small town with a high suicide rate and other mental health issues. Yet, she recalled, no one wanted to park their car in front of her office where it might be recognized by neighbors. Additionally, Gorevic said there are other patients, such as those suffering from PTSD, who have a difficult time even leaving their house. Accessing care remotely, he said, offers a viable, non-threatening solution.

He sees continued growth in telemedicine as a cost effective piece of the overall continuum of care. Certainly, Teladoc has experienced significant increases over the company's history both in revenue and virtual office visits. The company almost doubled the number of visits from 575,000 in 2015 to 950,000 last year. Gorevic said the company expects to see 1.5 million individuals in 2017. "That's pretty staggering growth in any industry," he pointed out.

In response to a question from Frist regarding the challenges of taking a startup to a publicly traded company, Gorevic offered a few pieces of advice. "Beware of the technology in search of a business model," he warned, adding that just because technology exists doesn't mean anyone wants it. "Make sure there's a value proposition and a real business model before you launch." Second, he noted, "You have to be super comfortable with ambiguity. There's rarely a right or wrong answer."

Finally, expect challenges. No one said it would be easy. "We've had some challenges along the way. The regulatory environment was probably the biggest challenge," he said. Gorevic noted Teladoc had highly publicized dispute with the Texas Medical Association. After spending millions over the course of six years on court cases and working to get legislation passed to allow the virtual visits, the company prevailed. "You hate to spend that kind of money, especially as a cash-strapped startup, but I always knew we were right," he stated.

As of Sept. 1, Teladoc will be in all 50 states when the company enters the Arkansas market. Gorevic believes the growth the company has already experienced is just scratching the surface of the overall telehealth potential.

"It's about improving access to care and enabling patients to interact with healthcare systems remotely - just as everyone does everything today. We live in an on-demand society, and we believe healthcare access should be on-demand, as well," Gorevic stated.