Taking the Bull by the Horns 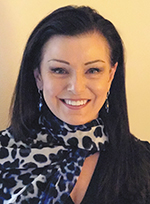 TMA Looks at Strategies to Curb the Opioid Crisis

The national opioid epidemic is a multifactorial problem that will require cross-disciplinary interventions to move the needle on addiction. Tennessee Medical Association President Nita W. Shumaker, MD, has made it a priority to work with providers across the state to ensure physicians are a key part of that solution.

"We are, by some accounts, number two in the nation in the number of opioids that are prescribed," Shumaker stated.

Certainly there is plenty of blame to go around as to why opioid use has dramatically increased over the past three decades. Recently, a number of states have sued pharmaceutical companies alleging deceptive marketing practices that encourage overprescribing. Shumaker and others also point to a 1980 letter that appeared in the New England Journal of Medicine citing only a 1 percent addiction rate for those receiving opioids in acute pain situations in an inpatient setting.

A recent analysis (NEJM, June 1, 2017) on the impact of that correspondence found the letter has been cited in more than 600 articles with the vast majority of authors using it as 'evidence' of opioid safety. In addition, 80.8 percent of those articles neglected to mention the patients referenced in the original letter were hospitalized when receiving the drugs for acute, rather than chronic, pain.

No matter how the nation got to this point, Shumaker said it's critical to implement changes to reverse the trajectory of addiction and overdose deaths. Several measures have been implemented over the last few years including mandatory opioid prescribing education for physicians in order to maintain licensure.

"We've already made good choices on the back end," Shumaker said of efforts by organized medicine that include identifying high prescribers, broadening education, and closing down pill mills. "The Tennessee Medical Association's particular focus this year is on frontend prescribing," she continued.

Shumaker said TMA is working in partnership with state health and substance abuse experts, Tennessee Nurses Association, Tennessee Hospital Association, Tennessee Pharmacy Association, the Dental Board, addiction specialists, legislators and opioid task force members across the state to document and share what's already being done. "Many people are doing good things, but they are all operating in silos," she noted. "My hope would be that once we document successful programs and what makes the biggest impact, that we share with others in the state."

Shumaker added, "My particular focus as TMA president this year is to work with the large medical centers and academic centers to start drilling down on their own data." She added the goal is to use data and peer comparisons to better understand optimal dosing and duration following various procedures to establish guidance, recognizing medical judgment might dictate different directions based on an individual's specific profile.

Citing a recent study in The Journal of Pain that followed patients prescribed opioids after orthopedic surgery, Shumaker noted, "The average patient was prescribed 80 pills, and the mean number of days they took the opioids was seven. Of patients who reported completing their therapy, as many as 85 percent of them said they had unused pills remaining."

Shumaker added the study found only 16 percent said they knew how to store the drugs safely, and just 11 percent locked them up. "Only 22 percent knew how to dispose of the drug, but ... here's the kicker ... only 4 percent actually did."

In addition, Shumaker is promoting the TMA's Stop, Drop and Roll campaign for primary care providers. "When a new patient comes in with lower back pain, you stop and don't prescribe an opioid for a chronic issue and talk to them about other modality options," she said. "The drop is for those who already are on opioid medications that you have a plan over six months or an appropriate time to decrease the amount/dosage of opioids they are on and introduce other paint management methods."

"The roll is because there are going to be some people who you can't drop their dosage, or it becomes clear they have addiction issues," Shumaker continued. "They need to be rolled to paint management or addiction specialists as appropriate."

She noted that by prescribing less medication after procedures and lessening the number of prescriptions started, Tennessee physicians could be leaders in shifting the culture in the state. "Those two measures alone will make a huge change in how many new people become addicted to opioids," she said.

"We want to support our physicians and give them the tools and the data so we understand how we compare to our peer group and work together to establish best practices to decrease opioid use in the management of chronic pain and take better care of our patients," Shumaker concluded.