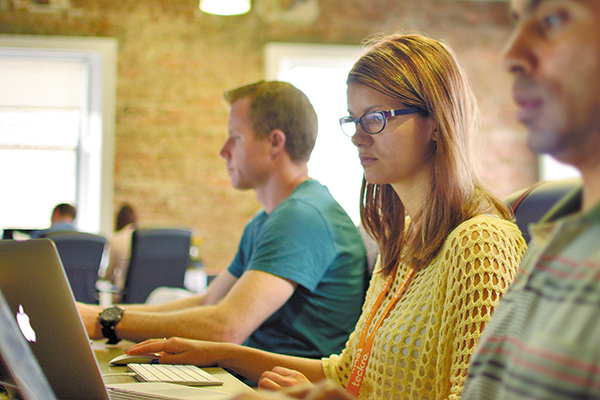 Clinical trials are the lifeblood of therapeutic advancement. For those trying to manage or participate in them, they can also be unwieldy and administratively burdensome ... but a startup from Ireland that now also calls Nashville home is working to streamline the processes to improve oversight, transparency, compliance and access. 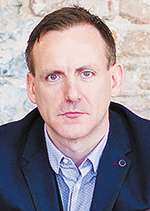 "Clinical trials impact everybody. It's ultimately the way we get new drugs to market," noted Teckro Co-founder and CEO Gary Hughes. "Unfortunately, there are a lot of bottlenecks in terms of the time it takes to get drugs through the process. We felt there was a real opportunity to digitize a lot of the activities that happen in clinical trials."

It's a space where Hughes has depth of experience. The genesis of Teckro was with a previous company he co-founded to support clinicians entering into clinical research. That company was ultimately acquired in 2011 by ICON, a global clinical research organization for drug development with offices in Middle Tennessee.

Seeing the clinical trial process from start to finish led Hughes and his partners to 'build a better mousetrap' using information retrieval and machine learning technologies to improve the speed and accuracy of clinical trial conduct. "The company was founded in mid-2016. We went live with our first product a few months later," said Hughes. "We think there are big problems to solve in clinical trials, and there's huge opportunities for the companies that are able to solve those problems."

The goal was to create a technology solution that would enable improved data capture and oversight in a highly intuitive interface that was easy for all stakeholders to use. "Overall, what we try to do is simplify the conduct of clinical trials ... really make it easier for more sites globally to participate in clinical research and also easier to do so in a way that's more compliant with the protocol and gives greater transparency and oversight to the pharma company," said Hughes.

The first step was to move away from the cumbersome paper-filled binders that seem to be an inherent part of most trials. For the most part, Hughes said clinical trials at sites across the world are largely still conducted in the same manner as they were in the 1980s. People carrying around huge binders of information and frequent monitoring visits to check on compliance are still the norm. The Teckro tool allows users to interface with the highly secure cloud-based platform in any manner that's convenient, including handheld mobile devices at the point of contact with the patient.

"Virtually everything in clinical trials today works off retrospective data," Hughes continued. "It's always looking back at what happened in the past. I think digital really opens up the opportunity to have that real-time connection with all the stakeholders involved with the clinical trial."

In addition to making trials more efficient and transparent, expanding the number of community sites is another critical need. It isn't uncommon for a physician who has participated in a clinical trial in the past to opt not to do another one. "That can be for many reasons, but largely it's because they are quite difficult to do," said Hughes. 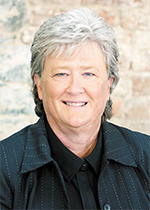 Dana Poff, chief operating officer for Teckro, said the administrative burden of running a trial on top of the normal patient workload has been a barrier for some physician offices, particularly community sites that aren't used to conducting research. "The easier we can make it for them to do, the more accessible their time is going to be to bring more patients into the trial, and the more likely those sites will then repetitively be in future trials," said Poff.

"If you're in the west of Ireland, for example, your chances of getting on a clinical trial are greatly diminished compared to someone who is based in Nashville," concurred Hughes. "I think that's where we see a huge opportunity with this platform is being able to make trials more accessible."

Establishing a Nashville Base

Pharmaceutical companies are Teckro's primary clients, and the technology startup now works with most of the top 20 pharma organizations in the world to help them effectively and efficiently engage with clinical research sites. "We've been involved in global clinical trials across all indications, across all phases," Hughes noted, adding there are several thousand sites in approximately 40 countries now using Teckro technology.

With an expanding client base has come expanding staff needs. Hughes said the company has grown to about 65 employees at this point. "Currently, the vast majority of those are in Ireland, but we see significant growth in the Nashville office over the next 12 to 18 months," Hughes said.

One of the first Middle Tennessee hires was Poff, who joined Teckro to oversee and grow operations last fall. Poff previously held senior leadership roles in clinical operations, project management and alliance management for ICON and brings with her nearly 30 years' experience in healthcare and clinical research.

As part of Teckro's rapid growth, the company began searching for the right location for a U.S. headquarters to complement the global headquarters in Ireland and decided on Nashville.

"It helped Dana was here," Hughes said with a smile, adding the expertise found at Sarah Cannon, Vanderbilt, and clinical research organizations throughout the area, along with the strong healthcare industry ecosystem, soon set Middle Tennessee apart. Coming from Ireland, he noted the people, culture and work ethic found in Nashville also really resonated with the leadership team ... "not just the country music, which is huge in Ireland," he added with a laugh.

"I think Nashville gives us a great base, not just to build up the clinical expertise within the team, but to establish leadership over here to take the company forward," said Hughes. He added the geographic location also provides easy access to East Coast clients and puts biopharma companies on the West Coast within a few hours of flight.

Poff said Teckro's experience across multiple therapeutic areas is one of the company's value propositions. With insights gained from different types of trials and ongoing customer feedback, Teckro continues to enhance and refine their clinical trials tool.

"The voice of the user is very important to us," said Poff. "That helps us shape future services within the tool. We want to meet the needs of the user - not just what we think is going to be best but what's really going to help the sites, the investigators and our sponsors run their trials more effectively and efficiently."

Positive feedback coupled with the ability to customize the technology to meet the specific needs of each trial has led to strong growth within the pharmaceutical vertical. Poff said the next stage in the company's continued expansion is to engage with established large site networks deploying their own research to look at opportunities to work collaboratively.