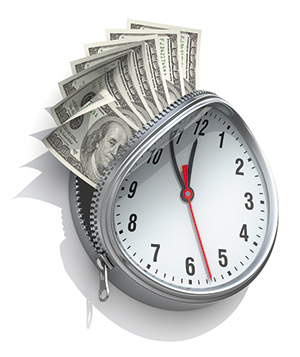 Changes in Overtime Rules have Employers Scrambling for a New Game Plan by Dec. 1

A new overtime regulation issued pursuant to the Fair Labor Standards Act could impact countless hospital employees and other healthcare workers, and employers expect to feel the pinch. On Dec. 1, an estimated 4.2 million Americans now classified as exempt employees could be reclassified as non-exempt workers who are eligible for overtime pay.

Who will it Impact?

"Employers need to be looking at each job description," advised attorney Yarnell Beatty, vice president of Advocacy for the Tennessee Medical Association. "Those virtually certain to be affected are office workers, LPNs, home health aids, and anyone assisting other professionals with their duties. You'll also have individuals like coders and insurance and billing staff whose salaries might be below the threshold now. There are a lot of things that could happen."

The new rules will raise the current exempt employee salary threshold from $455 per week or $23,660 annually to $913 per week or $47,476 annually. That means employees who make less than $913 per week will be eligible for overtime irrespective of their job duties. Salary minimums will be automatically updated every three years with the first update scheduled for January 1, 2020.

Who will be Exempt?

Another exemption covers those who meet either the weekly salary requirement or make $27.63 an hour and work as a computer systems analyst, computer programmer, software engineer, or other similarly skilled worker in the computer field. There also is an exemption for qualified inside and outside sales staff, which does not include a weekly salary requirement, and is not affected by the new regulation. Highly compensated employees (typically physicians and other diagnosing professionals) currently receiving compensation of at least $100,000 ($134,004 beginning Dec. 1) are also exempt from the overtime requirements.

Dickinson Wright attorney Reid Estes Jr., member and practice department manager for Labor and Employment, anticipates many employers will switch exempt employees to non-exempt status to avoid a hefty salary hike necessary to preserve the exemption. But for salaried professionals who are accustomed to flexible schedules or working remotely, the move might not be a welcome one.

"If the company makes the decision to reclassify formerly exempt employees, they're going to shift job responsibilities and start tracking hours and will have to have a mechanism in place to track those hours," Estes said. "A lot of managers will see this as a demotion."

Another possible scenario is that pay increases to preserve exempt status might trigger a domino effect, requiring employers to adjust pay upstream. "If you're a manager and everyone under you gets a pay increase, we're going to see salary compression to where the manager is now making less relative to those he or she supervises, which will require adjustments too," he said.

What's an Employer to Do?

Beatty said employers operating close to their margin would have to strategically examine practices like the scheduling of non-exempt employees. "If you have an after-hours component, consider not scheduling the same non-exempt employees for both Saturday and Sunday," he advised. "Look at the cost benefit of paying overtime costs for those newly eligible instead of raising salaries above the threshold."

He also recommended enacting new policies to put a box around overtime and to make sure access to remote technology is controlled so 40 hours isn't exceeded. Employers also should correct errors in payroll immediately so they won't have time to accumulate before an employee starts complaining. Some might institute a 37-hour workweek schedule to allow for some wiggle room or replace full-time, non-exempt positions with part-time positions - a more doable solution for large employers.

"You might also take formerly salaried employees and pay a lower wage but guarantee pay for more than 40 hours, even if they work less," he said. Consider cutting base salaries or raising borderline salaries above the threshold, and look at your bonus structure. Employers also might give bonuses quarterly instead of annually and utilize non-discretionary bonuses and incentive pay to satisfy up to 10 percent of the salary level as allowed by the new rule.

Whatever the solution, it has to be legitimate. "If you're making changes in things like job descriptions to get around a rule, it can't be a paper fiction," Beatty warned. "Start preparing now. Read the rules and do a real assessment of impact. Identify those individuals who will newly come into the requirements of the rule. Do the math and figure out ways to make sure you're not getting yourself in a situation where the bottom line could be impacted, and you'll have to shut doors or cut staff or services. It's all a numbers versus rules exercise."