The Opioid Crisis - Where Do We Go From Here? 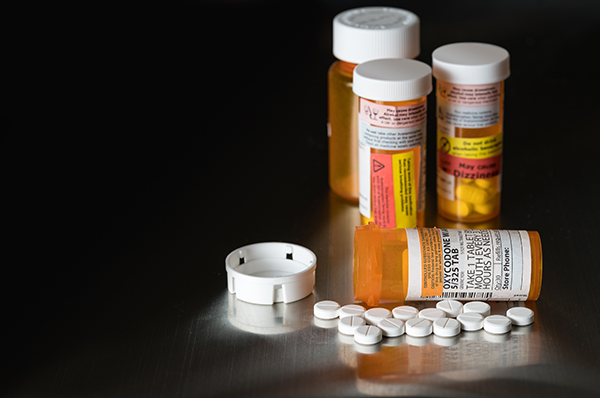 As discussed in last month's edition of the Nashville Medical News, the Tennessee General Assembly recently approved a significant portion of Governor Bill Haslam's "TN Together" plan to combat the opioid crisis in Tennessee. That legislation, which resulted from discussion and compromise among the administration, the legislators, and healthcare providers, has since been signed into law by the governor as Public Chapter 1039, effective immediately for rulemaking purposes and on July 1 for all other purposes.

The main goal of the governor's TN Together plan is to "attack the state's opioid epidemic" through prevention, treatment, and law enforcement. According to the TN Together website: "Tennessee remains in the top 15 of all states in drug overdose deaths, and each year, more opioid prescriptions are written than there are people living in Tennessee, with more than 1 million prescriptions left over."[1]

Some of the key components of the new law require providers to check the Controlled Substance Monitoring Database at certain points before and during opioid treatment and place limitations on the duration, frequency, and dosage of most opioid prescribing and dispensing. The new law specifically states that it does not apply to certain types of treatment, including inpatient treatment, active or palliative cancer treatment, hospice care, and prescriptions issued by certified pain management specialists.

Tighter restrictions on access to opioids are intended to help curb the personal and economic devastation wrought by opioid abuse and addiction. But what cannot be ignored by the medical industry and society as a whole is the fact a significant portion of the population suffers from acute and/or chronic pain. The alleviation of such pain is typically beyond the capabilities of over-the-counter analgesics and NSAIDs, and effective non-opioid painkillers are needed. Tennessee's new law, for example, specifically requires a provider to document "consideration of non-opioid and non-pharmacologic pain management strategies and why the strategies failed or were not attempted" when treating certain patients with more than a three-day supply of an opioid.

There has been promising research in developing drugs that seem to be effective in blocking pain but do not produce the pleasurable responses in the brain, which lead to abuse and addition. These drugs act on nerve receptors at the site of the injury or infirmity, rather than those in the brain. However, while there is heightened awareness of the need for effective non-opioid painkillers, the research and development of such alternatives has been stymied by numerous factors. Most of these are interrelated, and the cumulative effect is that research and development of new pain-killing drugs is moving at a snail's pace.

One obstacle is that pain, unlike almost any other disease or disease manifestation, is completely subjective. What may be a "9" on the pain scale to one, may be "6" on that scale to another. Other diseases have clear biomarkers that can determine the efficacy of drugs in clinical trials, but that is not the case with pain treatment. The implications are far-reaching in the areas of research and development, clinical trials, funding, and insurance coverage decisions.

Payers and insurance companies are understandably reluctant to cover and pay for what could be more expensive and less-proven effective drug alternatives. Although opioids carry significant hazards in terms of the risk of addiction and abuse, they are proven to be very effective and efficient in their intended use - to alleviate pain. While this reluctance may be changing, it will take time to get the payers and insurers on board.

Another problem is funding for research and development in this area. Venture capital investment in companies focused on developing opioid alternatives has been extremely low relative to companies focused on developing drugs for other diseases. A report issued by the Biotechnology Innovation Organization's opioid working group concludes that venture capital investment in companies focused on pain is 3.6 percent of total drug company funding and is 17 times less than the amount of venture investment for cancer companies in the past decade.[2] The lack of strong financial incentives, in addition to the regulatory hurdles - which are always significant and are exacerbated in regard to opioid alternatives - are contributing factors to this lack of venture capital funding.

Stemming the availability of opioids is one important step in helping resolve the opioid addiction crisis, but the other half of the effort is finding and developing alternatives to treat pain. The research and development of such drug alternatives is producing some initially promising results, but those efforts have been stymied by the unique characteristics of pain as a disease, a lack of private funding, and the ubiquitous regulatory hurdles.

Jerry Taylor and Matthew Kroplin are both partners in the Nashville office of Burr & Forman in the firm's Health Care Practice Group. Taylor concentrates his practice in the areas of healthcare and administrative law. Kropin focuses on healthcare and business litigation and represents a wide range of healthcare providers, suppliers and companies. For more information, visit burr.com.