The Promise of Blockchain 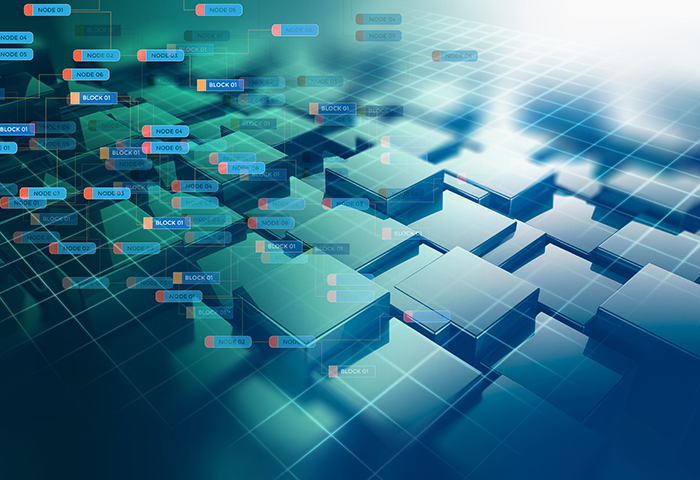 How the Technology Could Transform Healthcare Transactions

What if data could be stored in a decentralized, agnostic database in a permissioned ledger format where users could be added to access only the data pertinent to them and for a controllable amount of time with everyone linked using cryptography to create immutable, time-stamped, secure transactions? That is the promise of blockchain technology.

Change Healthcare Chief Technology Officer Aaron Symanski sat down with Medical News during the recent TN HIMSS Summit of the Southeast to talk about how the technology might be deployed in healthcare. Nashville-based Change Healthcare, one of the nation's largest independent healthcare technology companies, sits at the nexus of revenue cycle management, improved workflow, and delivery of quality care. The company has been one of the national leaders in exploring the ways blockchain might transform the industry.

"Blockchain is a database, a distributed ledger, where every participant in the network holds the same ledger ... that's the essence of it," explained. Symanski.

While the technology and tools required to create a blockchain are a little more expensive on the front end, Symanski noted, "It makes it far more effective in doing business." For example, he continued, if a provider and payer are routinely sharing hundreds or thousands of records and a question pops up about a patient transaction a month ago, there's no confusion about what transpired or need to spend hours researching the transaction. "I see what you see. They are never going to be different," he said of the ledger views. "That's what blockchain brings to the table."

Anyone who has ever used Bitcoin, a global cryptocurrency, has been exposed to blockchain technology. "Every participant has a complete record of every coin that's ever been in anyone's hands and every movement that coin made between all the parties," Symanski said.

In healthcare, of course, there are myriad rules and regulations that would make some data - such as protected health information - undesirable to be open to everyone on the blockchain. However, Symanski explained, blockchain is really a platform where layers can be added that would control permissions. He said start-ups across the country are looking at applications that take into consideration smart contracts, interoperability, privacy - "They are all talking about protocols on top of that blockchain mechanism of identical storage."

Symanski continued, "A lot of what you see in blockchain today is financially based. It is a blockchain amongst a very small set of parties who are all comfortable with that complete visibility." Moving into patient information adds a long list of new considerations ... but ones that can be addressed.

For example, it could be that a provider has access to all the encrypted data on a blockchain but cannot decrypt without a key that grants access only to the specific, limited dataset that they have been cleared to receive.

On the other hand, Symanski said a lot of providers feel like feel like they should control the key since liability could move around with the record. There's a valid argument for a physician wanting to ensure another provider accessing a patient record sees more than raw data. The initial provider wants the story and interpretation of that data to be part of the record, he said.

"There are a lot of opportunities right now to move that conversation," Symanski noted of the gathering momentum behind using blockchain more widely. "Is there one? Are there many? Are there many that are connected together?"

Additional questions also have to be considered as to whether information could be accessed globally. Even within the United States, Symanski pointed out it's like working with 50 different countries that each has its own rules and regulations. Drilling down further, does one payer want another payer to see their volume and have access to their decision criteria?

"What we're working through, as we bring more parties to the table around blockchain in healthcare, is what are the right pieces to assemble that work," said Symanski. "These are the great conversations that are happening right now because the technology makes it possible," he added with clear excitement about the promise blockchain holds.

From a boots on the ground perspective, he noted, "We've got a lot of innovation going on, and we want to bring that out to the market faster and faster ... every company does. We see blockchain as being a platform we can build upon. Everything we do can be enhanced, we think, as blockchain technology rolls out and becomes more and more widely available.'

Symanski concluded, "We're excited about the technology. The hope is it's used everywhere that it will create value."

And the belief is that it can create value throughout the healthcare industry.

Summit of the Southeast